ROBBIE Herndon became the unlikely hero for San Miguel after nearly becoming the goat as the Beermen overcame TNT in overtime, 108-100, to grab a 2-1 lead in the 2022 PBA Philippine Cup Finals at the Mall of Asia Arena on Friday night.

Herndon scored five successive points to start overtime including a three that enabled San Miguel to take a 99-94 lead, a gap that proved to be enough to give the Beermen the upperhand in the best-of-seven championship series.

[READ: It's the Gilas system that's broken, not the players]

Inserted in the game only after CJ Perez fouled out at the final 3:15 mark, Herndon redeemed in the extra period after a mental mistake in regulation saw him commit a delay of game technical with San Miguel up a point with 11.7 seconds left.

Roger Pogoy drained a technical free throw to tie the game following the technical foul, erasing a San Miguel lead just shortly after Herndon drained his first field goal of the match on a three-pointer for a 94-90 lead. 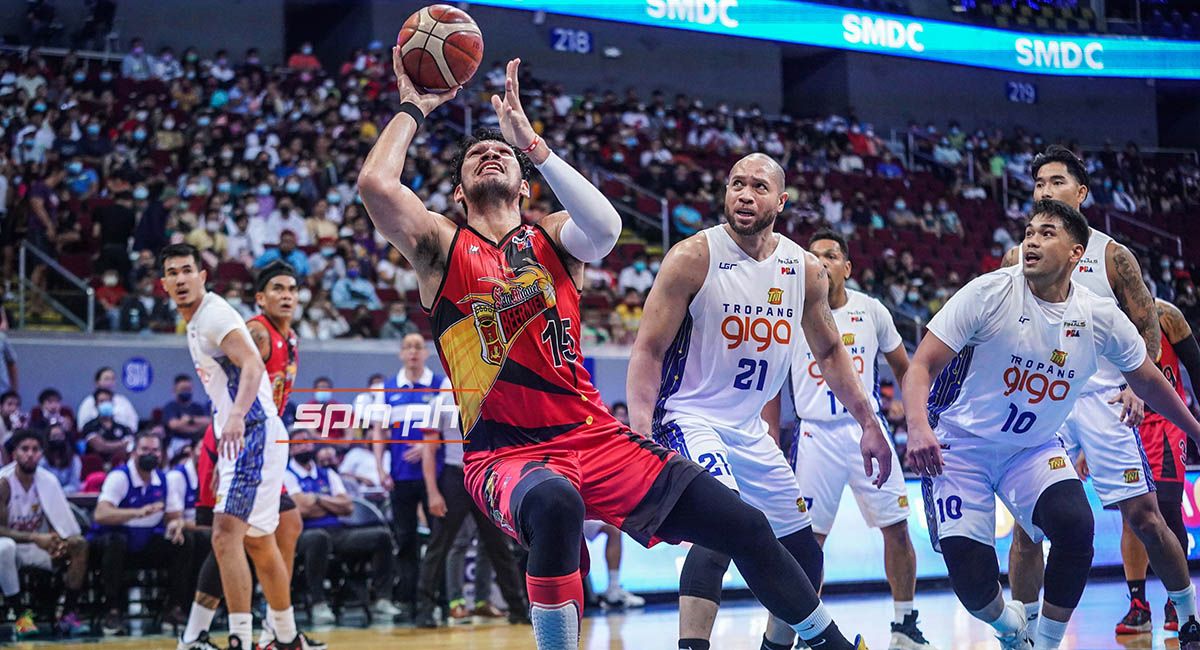 Herndon, playing his first game after missing the last three matches, made up for the error in a huge way in overtime to finish with eight points.

June Mar Fajardo had a monster double-double of 27 points and 27 rebounds to set the tone for the Beermen, who will look for a 3-1 series lead on Sunday in Game Four at the Smart-Araneta Coliseum.

TNT lost for the second straight time without head coach Chot Reyes due to his Gilas Pilipinas commitments in the Fiba World Cup Asia qualifiers.

The Tropang GIGA still had a chance to take the win in regulation but Jayson Castro missed the final attempt.

“I’m so happy for them dahil gusto nilang manalo,” said San Miguel coach Leo Austria. “I would like to congratulate not only June Mar, that’s given na, but Robbie Herdon for being patient. Nagkaroon ng opportunity and he was the big revelation para sa team.”

Jericho Cruz hit 18 points including six in overtime to help San Miguel increase the gap late in the game. Marcio Lassiter, who also fouled out in the contest, added 13 points, while Vic Manuel scored 10 of his 12 points in the first quarter.

Pogoy had another explosive outing on offense with 25 points including four threes, while Mikey Williams added 17 points in a losing cause for the Tropang GIGA, who were held to six points in overtime.