Can Scottie rejoin Ginebra in time for TNT playoff?

WHILE Japeth Aguilar’s fate is certain, the case of Scottie Thompson remains up in the air.

Head coach Tim Cone is keeping his fingers crossed Barangay Ginebra can still have the ever-reliable two guard back on board to help the team in an uphill PBA Philippine Cup playoffs campaign.

Thompson has been placed under the league’s health and safety protocols this week and missed the Kings’ last two games, including their 95-85 win over Phoenix during their do-or-die encounter on Saturday to claim the final quarterfinals berth.

If cleared to play, Thompson can re-enter the Bacolor bubble this week but not before undergoing a more stringent testing being enforced by the league.

“We’re not sure about Scottie. We’re hoping we might be able to have him Tuesday or Wednesday, but we have to check with the PBA and the medical procedure as such to see if we can get him back. So we have our fingers crossed,” said Cone of his well-rounded backcourt player. 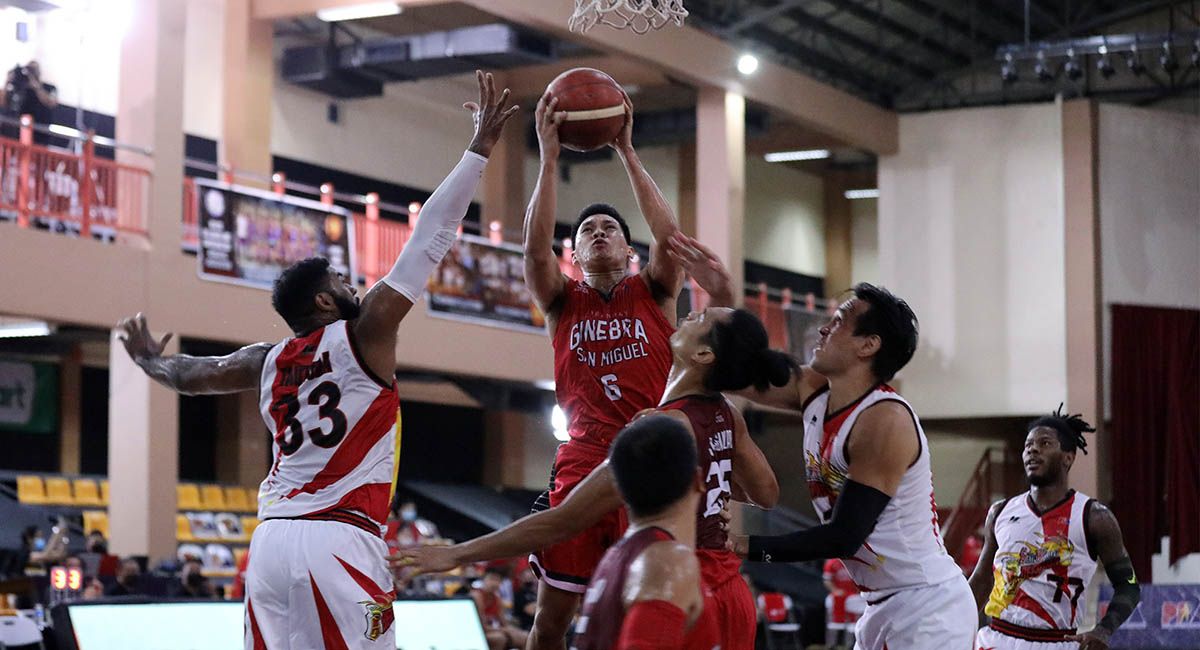 The 6-foot-1 guard is the Kings’ second leading rebounder, averaging 8.7 per game behind big man Christian Standhardinger (10.7). He also averaged 12.2 points and 4.2 assists before going out of the bubble.

The high-flying big man has already been ruled out by the team for the remainder of the conference after showing no improvement at all healing from the sprained MCL he suffered late in the Kings’ outing against TnT.

'He'll be great right away'

Minus their key players, the embattled reigning champions need all the help it can get that Cone remains hopeful Thompson will be able to rejoin the team when it opens its quarterfinals campaign on Wednesday against the top-seeded Tropang Giga.

A Thompson back in the pink of health is definitely going to help Barangay Ginebra’s cause, according to Cone.

“If he arrives 30 minutes before the game, he’ll be great right away,” said Cone. “He’ll still play 30 minutes because he can find a way.”

“So, hopefully, we can have him back and help us out.”

If the 28-year-old Thompson is still not healthy enough, the Kings are just going to grind it out, the old Ginebra way.

“We’ll see if we can get Scottie back which would help. If not we’ll continue to move forward,” stressed Cone.