RAIN or Shine coach Caloy Garcia joked about having another import who wears threads in his hair in Kwame Alexander that would hopefully change their fortunes in the Governors’ Cup.

“Last conference, we got Carl,” Garcia said, referring to their Commissioner’s Cup import Carl Montgomery that took the Elastopainters to the semifinals. “Then, we started playing well. Hopefully, we have a chance in the last four games. Baka he might give us the same fate as last conference.

Garcia is serious about the winning games part. With Alexander leading the way, the Elastopainters ended a four-game losing streak with a 99-82 win over Blackwater on Wednesday. Alexander had 17 points and 16 rebounds in a big Rain or Shine debut for the returning PBA import. 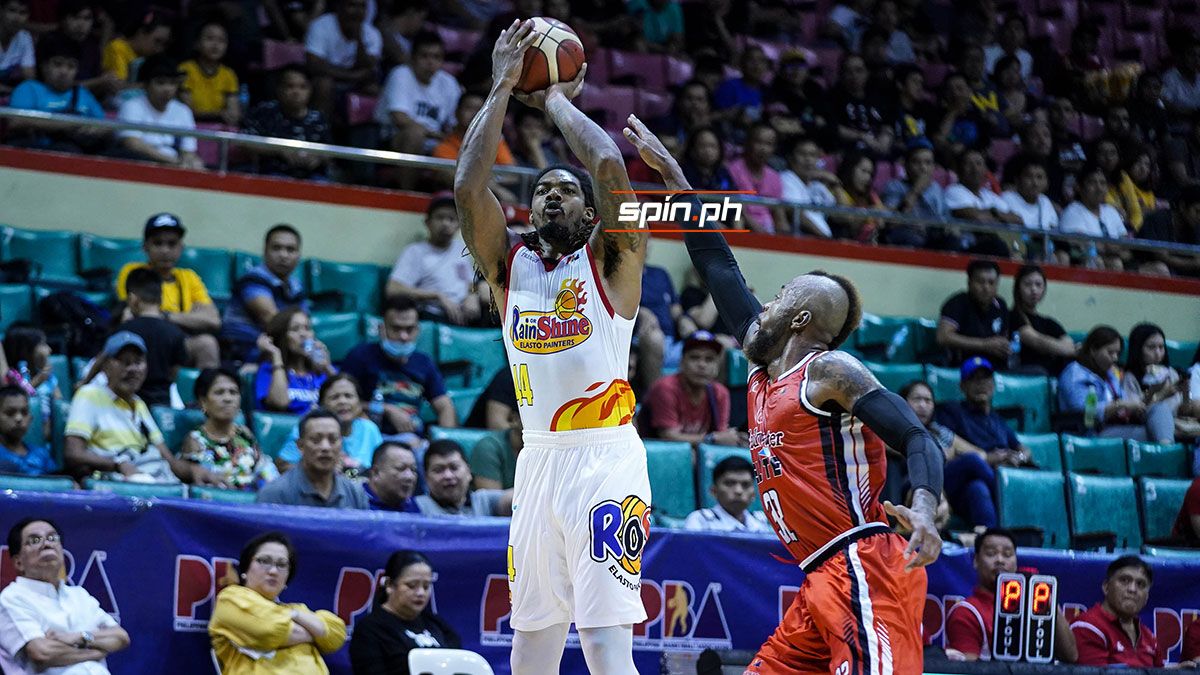 Garcia believes Alexander, the team’s third import, is the right fit for the Elastopainters.

“The new import that we have, he gave us what we need – rebound, rebound, rebound. That’s one position that we lacked. Today, he came out well except that he tweaked his ankle that’s why he slowed down,” said Garcia.

Overall though, Garcia is impressed as he hopes Rain or Shine will be able to come up with a last push for the quarterfinal berth. The Elastopainters are currently in a share of ninth place with Blackwater and Phoenix Pulse.

“Sabi ko sa mga players, just play our game. He is here to help us. At least, nakita niyo siguro na ‘yung problema namin dati, our guards weren’t able to score. But now, the rotation is better, the ball movement is a lot better. Hopefully, he can give us the fire that we need during games,” said Garcia.