BAY Area Dragons coach Brian Goorjian tipped his hat off to Meralco after the Bolts dealt the guest team just its second loss in the PBA Commissioner’s Cup, 92-89, on Friday night.

The champion coach of the Australian national team said the Bolts deserved the win, noting how they outrebounded the Dragons, 58-44, and committed less turnovers, 14-8.

But Goorjian lamented how the breaks didn’t go the Dragons’ way down the stretch, mentioning the missed eight-second infraction by the referee against the Bolts with 10 seconds to go and the Dragons down by just three points.

“A couple of tough breaks for us too, at the end,” said the Bay Area coach.

“A nine second or 10 second (violation) in the backcourt, and it’s a one-point, two-point game,” he noted. “Again we know that if it's close, that kind of thing is a big aspect."

Goorjian was referring to the second-to-the-last play of Meralco after Raymond Almazan rebounded the ball following Glen Yang's missed three-pointer with 21 seconds left.

With the Dragons harassing the Bolts, Meralco failed to bring the ball past the halfcourt line until there was only nine seconds left in the clock.

The PBA later admitted that the referees erred in not calling the eight-second violation.

The Dragons were forced to foul to stop the clock and Goorjian was seen contesting the no-call after calling a timeout. 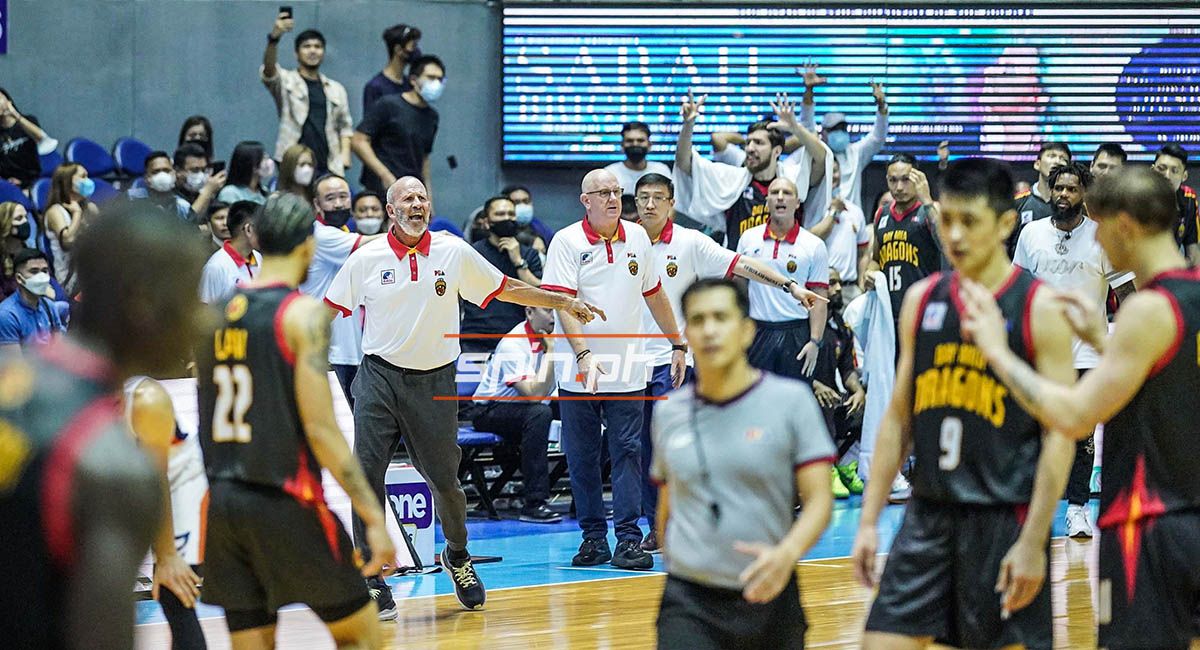 The veteran coach also brought up the three-second violation called on Andrew Nicholson with 58 seconds to go and Meralco up by a point, 90-89, and the line violation whistled on the Bay Area import that negated his second free throw with 2:21 to go and the Dragons holding on a three-point lead.

“The free throw situation. We have to look at it. I don’t see what they see,” said Goorjian.

“The games that we’ve won, we’re pretty much in control. But when it’s the type like that, down-the-wire, things like that make a difference.”

But Goorjian said the Bolts deserved to win, noting they outplay the Dragons, who remained on top despite the loss with a 6-2 record.