This Perpetual loss to Letran rankles Scottie to this day

SCOTTIE Thompson has had the most by any PBA player over a season embellished by an MVP award, a Best Player of the Conference plum, a Finals MVP trophy and of course another Governors' Cup championship for Barangay Ginebra.

But for all his success in the pro ranks, his lowest moment in college still rankles to this day.

That happened on October 9, 2015 when Thompson and Perpetual, needing only a win in a game that had no bearing to Letran to make the Final Four, ended up being left by the wayside after the Knights' 93-64 victory.

On Friday during an appearance in the SPIN Zoom in podcast, the reigning PBA MVP talked about it as if it happened yesterday.

By then, the native of Padada, Davao del Sur was already a big name in college basketball, having won the NCAA MVP the year before and later being selected fifth overall by Ginebra in the 2015 PBA Rookie Draft.

That he played poorly in the all-important game added to his disappointment. A constant triple-double threat, the 6-foot-1 guard finished with seven points, eight rebounds, and four assists and made just two of 11 attempts from the field.

Scottie was so heartbroken by the Altas' meltdown that he sobbed openly on the Perpetual bench, oblivious to the fact that he was being consoled by the crowd with chants of 'Ginebra, Ginebra.'

Scottie swore he didn't hear anything and wasn't aware of the Ginebra chants until much later, when someone sent him a video of the post-game events. 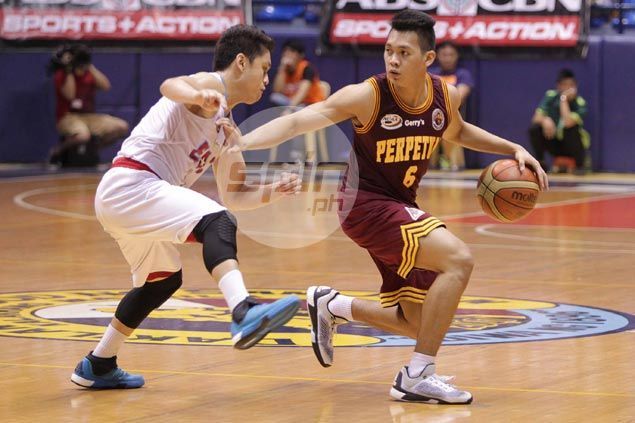 His college career may not be adorned by an NCAA championship, but now Thompson can look back on the events with a better perspective, saying all good things happen in God's perfect time.