LAS VEGAS — Tim Cone is the Phil Jackson of coaching basketball in the Philippines. He’s the Gregg Popovich. He’s the Bill Belichick.

Technically, those comparisons sell Cone a bit short. Jackson, Popovich and Belichick — a trio that’s among the greatest coaches in recent decades across pro sports — have combined for 22 championships as head coaches in their leagues. Cone has 24.

Yet for the last couple of weeks, Cone was an assistant coach for the first time in his life. He was on the Miami Heat staff during NBA Summer League, looking for new ideas, new things to teach, different ways to think about the game.

“It’s just been eye-popping for me,” Cone said. “Honestly, the whole reason I’m here is to bring things back, introduce them to our league. Because you know, anything that’s good, it’s copied. So I’m going to bring things back, do some things over there that’s new, other coaches will pick it up and hopefully that’ll elevate all of us in our league and elevate the level of basketball.”

Cone’s presence was just part of this year’s international feel to Summer League, which almost always has some sort of element that serves as a reminder of the game being a global one. China and Croatia sent their national teams to Summer League in past years, and this summer, there were no fewer than 86 international players on the rosters in Las Vegas — meaning roughly one in every five players in the league were born outside of the US.

And the world is watching: For example, when Fanbo Zeng of China got his first basket of Summer League for the Indiana Pacers, it became national news in his country.

Some of the foreign-born players in Las Vegas will be on NBA rosters this season. Others will end up in the G League, and many will play overseas. 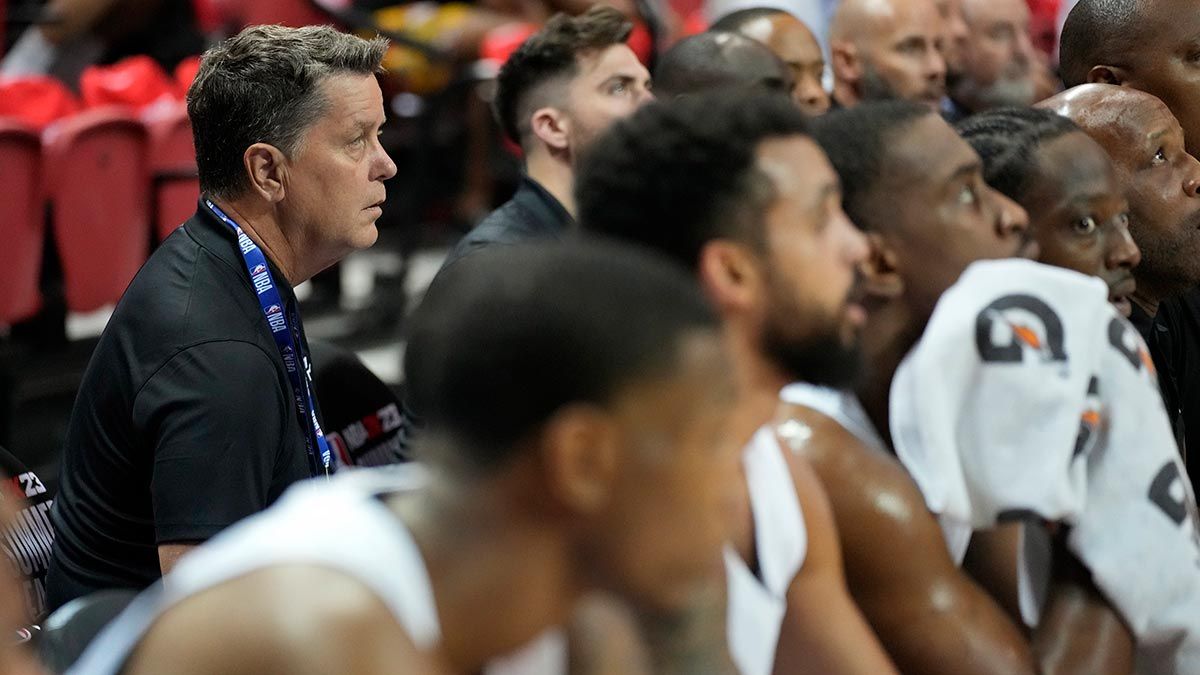 Cone’s future wasn’t in any doubt: He headed back to the Philippines on Thursday to resume his season. He coaches Barangay Ginebra in the Philippines Basketball Association, perennially the most successful team in the league. And this experience will make his star shine a little more brightly, especially given who he was spending time with in Las Vegas.

Heat coach Erik Spoelstra is a Filipino-American. Basketball is the national sport in the Philippines, and the Heat are always huge news there because of Spoelstra — who has visited his mother’s homeland in the past amid great fanfare and will be back next year as part of USA Basketball’s coaching staff for the Basketball World Cup if the Americans qualify as expected.

Cone, like Spoelstra, is an Oregon native. They’ve known each other for years. The seeds for Cone joining the Heat summer staff were planted a few years ago when a player from the Philippines came to Las Vegas for work with another NBA team.

“I was on the phone with Spo and he goes, ‘Why aren’t you here, doing that with us?’” Cone said. “That was like three years ago and then the pandemic happened. Last year, we were in the playoffs in my own league back home, so I couldn’t come. This year, we spoke again, and the subject was brought up. Lo and behold, I’m here. And I mean, it just has been an amazing, amazing experience.”

Spoelstra points to Cone’s 24 championships and calls him an “absolute legend.”

“Tim, obviously, has such extensive head coaching experience,” Spoelstra said. “He’s been a great resource. Tim has great emotional intelligence. He’s extremely humble. He’s here for a great experience. From a head coaching perspective, he’s a great guy to just bounce ideas off. It’s been really good for both sides.”

And Cone's presence in Las Vegas was just another reminder that the game is more global than ever.

“There's no question about it now," Spoelstra said. “There's players coming from every single region."