Here's what awaits Matthew Aquino at Shinshu in Japan B.League

FINALLY, the cat is out of the bag.

Matthew Aquino will begin a new chapter in his basketball career as he headed to Japan to play for the Shinshu Brave Warriors in the 2021-22 B.League season.

Unlike the other eight Filipinos who came before him, though, the son of PBA great Marlou Aquino will be eligible to play as a local in what is easily the biggest break of his basketball career as he holds a Japanese nationality.

Aquino had a roller-coaster amateur career with National University and only normed 3.4 points and 4.8 rebounds in 13 minutes for the Bacoor City Strikers this past Maharlika Pilipinas Basketball League (MPBL) Lakan Cup where he teamed up with his father.

But there's no doubt that this could only help the development for the 25-year-old as he gets a chance to compete against superior competition and learn from his import teammates like Josh Hawkinson, Anthony McHenry, and Wayne Marshall.

The question, however, is will he get much playing time from Shinshu coach Michael Katsuhisa amid the glut of big men in the roster.

Aquino will also be teaming up with Korean shooter Yang Jae Min, who is averaging 2.8 points and 2.5 rebounds in 13.5 minutes of play. 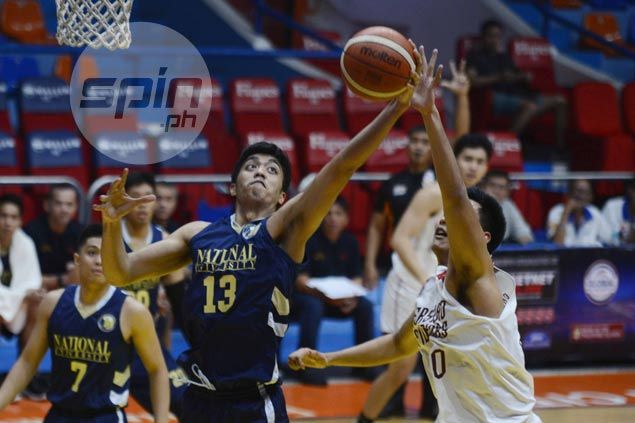 The Brave Warriors currently hold a 2-2 record after sweeping their opening weekend assignment against the Dwight Ramos-less Toyama Grouses before losing at home twice against the Yokohama B-Corsairs.

Shinshu is looking to bounce back from its 14th place finish last season after only collecting a 20-34 record.

It won't be long before Aquino meets a familiar face as the Brave Warriors visit Thirdy Ravena and the San-En NeoPhoenix on Nov. 10, followed by a two-game homestand against the Shiga Lakestars and Kiefer Ravena.