CHICAGO - Like fairy tales, the stories being told about PBA players migrating to the Japan B.League and how much cash they will rake in are growing taller and more outlandish with each passing tweet.

Curious, I spent hours on the telephone last Sunday talking to my sources in the Land of the Rising Sun.

And here's some of what I've uncovered.

Yes, Christian Standhardinger has an offer to play in Japan. But only in the B3 League, which doesn't pay as much as the centerpiece B.League where one Filipino star shining as an Asian import is making at least $36,000 a month.

Stanhardinger, the 6-foot-8, 220-pound hybrid affectionately called C-Stan, only qualifies as a "world import" in Japan, relegating him to the B3.

Per a FIBA edict, Asian imports hooping in the B1 and B2 League must hold a passport and are qualified to play for the national team of their Asian country of origin. Standhardinger has played for Gilas Pilipinas is the past, but only as a naturalized player.

But it's money Ginebra can easily match, if the Gin Kings wish to do so and assuming C-Stan wants to stay put.

No, contrary to claims made by coach Chot Reyes that TNT matched the contract offers his two players got from Japan, there were none tendered to Troy Rosario and Roger Pogoy.

Japan teams have moles in the PBA that relay information regarding untouchable players with live contracts and those that are free agents. International agents do good, honest business. They don't tamper.

BESIDES, INTEREST ISN'T THE SAME AS COURTSHIP.

Look, I'm very interested in Kris Aquino. Still am, always has been since I first laid eyes on her at a rally I emceed and she guested in Cebu in the early 90s..

But I'm taken and she's taken. And heck, I'm probably not her type, So that's that.

When word leaked that Pogoy and Rosario signed extensions with Tropang Giga, they were "off limits."

Pogoy could have made up to $1 million in the B1 League if he played there for three years instead of extending with TNT.

The recently-married sniper will only be 32 when his contract expires at Tropang Giga. If he continues to shoot the lights out, ramps up his defense, and gains enormous traction on his social media presence, he will have a home in the B.League. 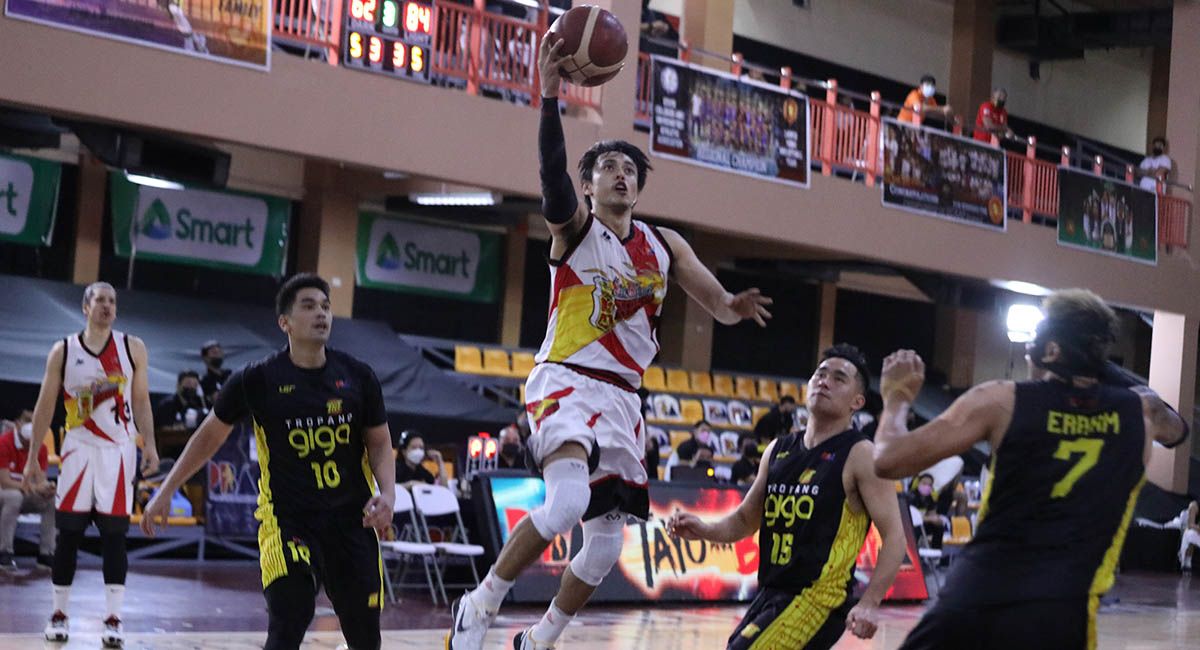 Yes, Terrence Romeo and Robert Bolick are hot items that B.League teams can't wait to get hold of. But actually acquiring them is another matter.

June Mar Fajardo, a six-time MVP and 8-time champ, is easily the most credentialed PBA player right now, bar none.

But no, the gentle, lovable giant from Cebu is drawing 'zero interest' in Japan as an Asian import, sources tell me.

While Fajardo's inside-the-paint dominance is well-tailored for San Miguel's offense, his overall game is not necessarily best-suited in the B.League which requires nimble, athletic bigs who can run the floor and are hyperactive on defense.

Which explains why the other superstar giant from another marquee team is the one who did get an offer to play in Japan five weeks ago. However, that offer, beginning at $28,000 a month, may no longer be on the table.

EVENTUALLY, THE BEST PLAYERS WILL END UP IN JAPAN.

Only those allergic to money and those who are prone to homesickness will pass up this golden opportunity to make as much salary as possible in a chosen career that has a limited life span.

But no, the talent leak won't be a guzzing fire hydrant. It will be a slow and steady trickle.

There is currently a visa hold in Japan but by next August, expect four big names to start saying "sayonara" and "kon'nichiwa" B.League.

Yes, the PBA should feel threatened now with foreign money being thrown around at their once booming monopoly.

But no, the whispers of the PBA's imminent demise is, to borrow Mark Twain's words, "greatly exaggerated."

Not everybody can play in Japan. And the UAAP and NCAA will continue to infuse young blood and talent to replace those who will depart.

Yes, the PBA is here to stay even though it sometimes handles its affairs with meticulous mismanagement and loving neglect.