ONE can only imagine how difficult the 2021 Fiba Women's Asia Cup campaign was for Gilas Pilipinas Women.

Facing against taller and more talented foes, the Filipinas hit rock bottom one too many times as the likes of eventual silver medalist China, world no. 3 Australia, and Chinese Taipei took turns in blasting them as they finished Group B winless after three games by an average losing margin of 65.3 points.

By then, it was easy for the wards of coach Pat Aquino to just roll over and die.

But there's just one more ace up Gilas Women's sleeve: the throngs of Filipino fans who tirelessly cheered it on at Prince Hamza Hall in Amman. 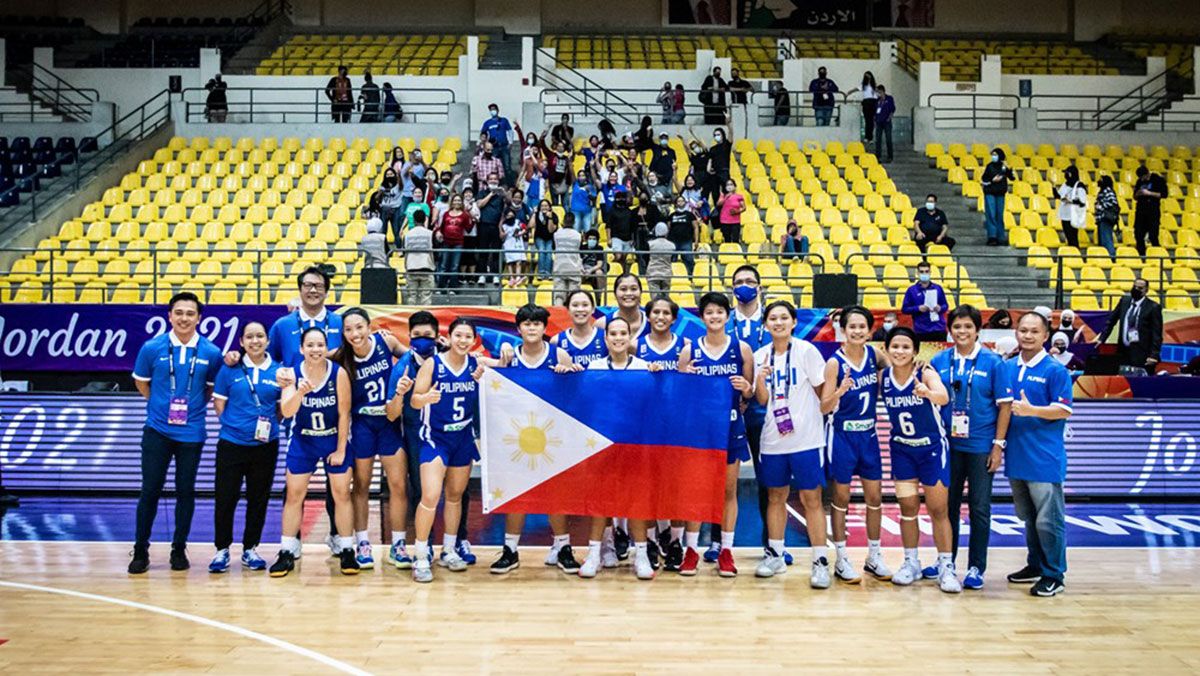 Not wanting to disappoint these fans, the Filipinas dug deep and escaped a game challenge from India to take the 74-70 win to finish at seventh place in the continental tilt.

More importantly, it kept the Philippines in the Division A, meaning that it will get another chance to mix up and gain experience in facing some of the top women's basketball teams in the world.

Through it all, Aquino was just grateful.

"This is very special. Everywhere we go, there are lots of Filipinos around the world and our fans always come out and support us. That’s one thing, for sure, that Filipinos really support our athletes and our journey here. Without them, probably we won’t be as lucky as today," said the soft-spoken mentor.

Janine Pontejos, who lit up for 22 points in the win, also credited the crowd's cheers as the Filipinas found their second wind and finish off the taller Indian team.

"The audience really was a big factor for us. Their energy pushed us to win this game," she said.

Gilas Women newcomer Camille Clarin, whose family even flew from Canada to Amman just to watch her play, agreed saying, "I think for us, just having people in the stands to cheer us on after not playing for so long, I think that really makes what we're doing here that important. I just appreciate all the support we can get."

This is what makes all those sacrifice worth it for Gilas Women, that no matter how hard their journey was, the Filipinos are still there backing them up as the Philippines hopes to continue competing with some of the world's best.

"We’re just so happy and we would like to say thank you to everyone who has supported us in this tournament," said Aquino.