GILAS Pilipinas' comeback from 22-points down fell short as it bowed to Lebanon, 95-80, on Wednesday night in a disappointing 2022 Fiba Asia Cup debut at the Istora Senayan in Jakarta.

The Filipinos were on the back foot from the start but Carl Tamayo led a bench mob in a 14-1 comeback that trimmed an 82-60 Lebanon lead early in the payoff period to just nine, 83-74, with 4:42 remaning.

But Lebanon found an answer in Hayk Gyokchan and Wael Arakji, who converted a pair of three-point plays that doused the Filipinos' fightback and brought the lead back to 14, 89-75, in the last 1:51. 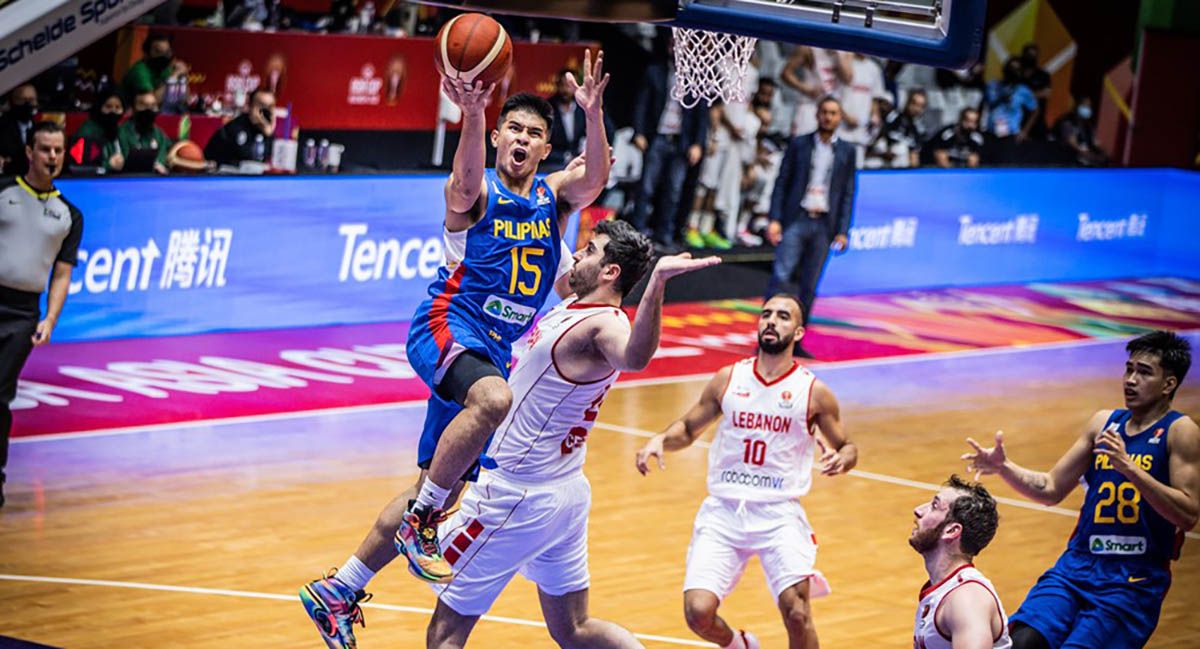 The tough start left the much-maligned Gilas side with a mountain to climb in its bid to advance from Group D, where it will face minnow India and Thursday and nemesis New Zealand at the weekend.

Tamayo scored 10 of his 15 points in that belated fourth quarter rally, to go with his six rebounds, three assists, and three blocks for Philippines, which will have two days to recalibrate before facing India on Friday at 4 p.m.

Thirdy Ravena fought through a deep gash -n his right eyebrow after a scary fall late in the second quarter and still finished with 10 points, five rebounds, and two assists in the losing cause.

SJ Belangel paced the Philippines with 17 points on 3-of-8 shooting from deep, to go with his three assists, while Bobby Ray Parks had 15 points on 4-of-7 three-point clip, on top of his four rebounds in his Gilas return.

As consistent as Gilas' snipers were, Lebanon's were far more precise as they shot 9-of-18 from deep with Gyokchan making four of his five treys to nab 19 points to go with his eight boards, and two assists.