Michael Phillips was a man among boys, pisting 23 points, 13 rebounds, three blocks, and two assists to lead the Green Archers to victory in the resumption of the developmental league. 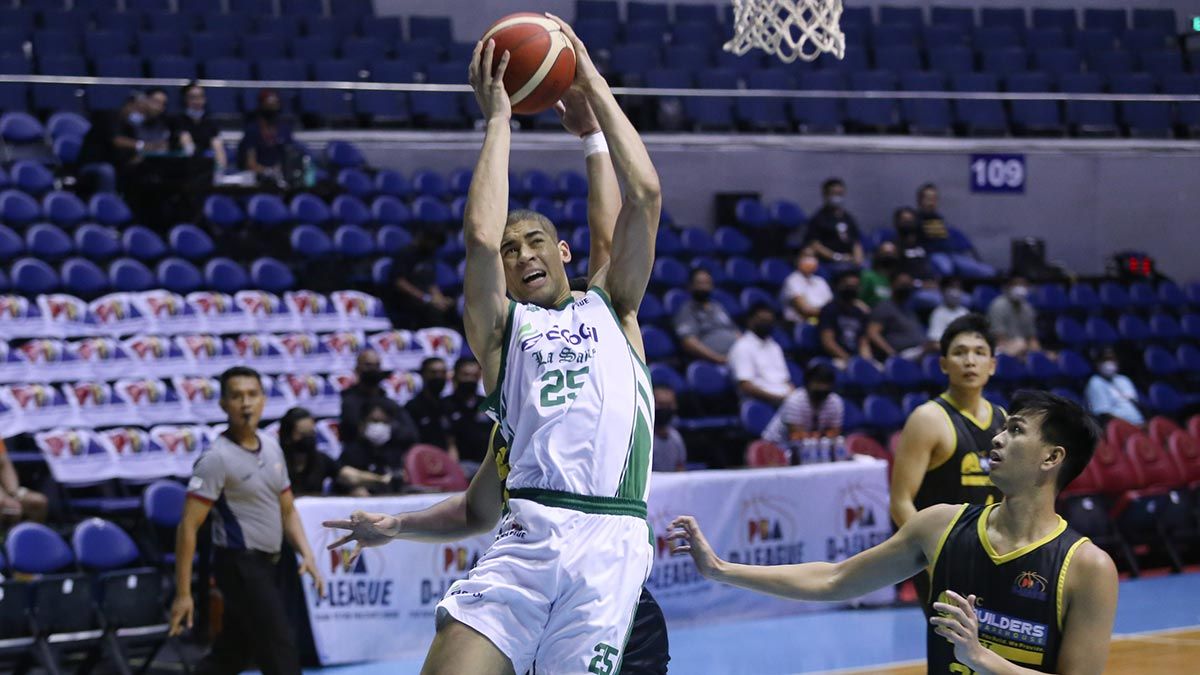 With Phillips manning the paint, the Green Archers seized early control with a 32-15 first quarter as the Taft side pummelled the hapless Growling Tigers and stretched the lead to its biggest at 36 in the third quarter.

EcoOil-La Salle shot 61 percent from the field to even as it went 2 for 22 from downtown.

"To be honest, coming into this game I was kind of worried because we've been playing with nine to 10 guys. But the boys really played hard and played ran the things we're suposed to run," said coach Derick Pumaren.

Sherwin Concepcion cooled off after making his first three three-pointers as he finished with 19 points on 3-of-9 shooting from deep, to go with four rebounds, three assists, and two blocks for Builders Warehouse-UST.