CONTRARY to the belief of casual observers, being a superstar in WWE, where fights are by some labeled as ‘scripted,’ is serious business to the wrestlers.

“They think that, ‘Hey, they work one day a week. Great.’ (But) it’s not that easy,” said Cesaro in a media roundtable interview hours before the 'WWE Live Manila event' on Friday at the Mall of Asia Arena.

Cesaro said being a WWE wrestler is a “lifestyle” which someone needs to love in order to excel.

“Even if it’s in the United States, we have Friday, Saturday, Sunday, Monday, and Tuesday. We are in all WWE events. When you get home, there’s autograph signings, interviews, and you need to stay in shape."

Take for example the wrestlers' trip to Manila after being on WWE Raw, the company’s wrestling show held every Monday night (Tuesday, Manila time).

“Monday night, we had Raw. Then Tuesday, we flew to London which was an eight-hour flight. We wrestled that night in London, then the following morning, we flew to Hong Kong for 13 hours. We traveled for an hour and a half to Manila, arrived today at 11:30 in the morning, arrived at the hotel at 12:30, gym at 1:30, and here (for the media roundtable) at 4 p.m. That’s the side that people don’t see.

“You have to love it. You are only home once or twice a week, and other than that, if you are not on (international) tour, you do live events in the United States. Trying to squeeze in travel, the gym, and the show, and all of it, it’s a lot.

“But it’s worth it,” said Charlotte, daughter of wrestling legend Ric Flair.

Cesaro is slated to battle Sheamus while Charlotte defends her women’s title against Sasha Banks in the MOA event.

John Cena takes on The Big Show in one of the other matches in the card. 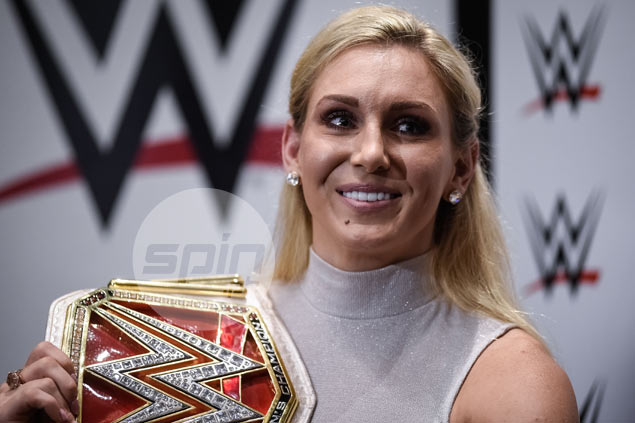