SAMAHANG Weightlifting ng Pilipinas President Monico Puentevella sees other members of the national team rising to the occasion in next month’s World Weightlifting Championships in the absence of trailblazer and Olympic gold medalist Hidilyn Diaz.

Puentevella said Filipino lifters not named Hidilyn will certainly win medals of any color in the December 7 to 17 meet in Tashkent, Uzbekistan, but specifically mentioned Vanessa Sarno as the country’s best bet for the gold. 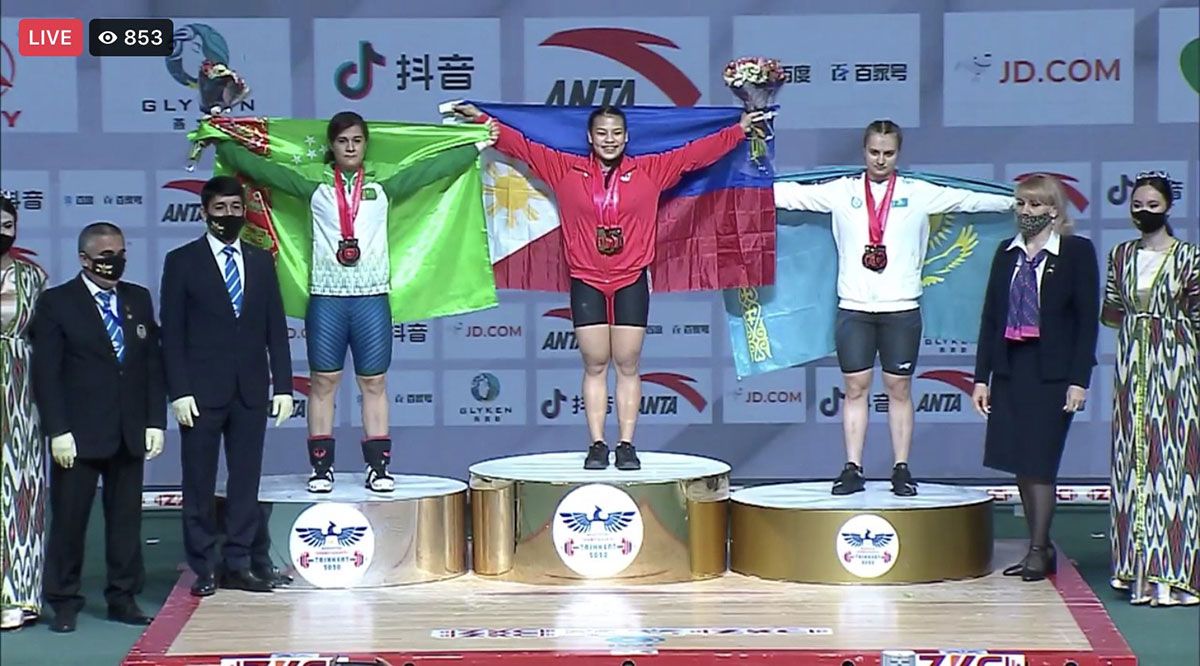 The 18-year-old native of Bohol emerged as the torchbearer for the 10-man PH squad following the decision of Diaz to skip the tournament, a development first reported by the Inquirer.

Puentevella said Diaz, who made history early this year by becoming the country’s first ever gold medal winner in the Olympics held in Tokyo, Japan, was clearly not ready for the 10-day tournament following his grueling preparation for the Summer Games.

The 30-year-old Filipina from Zamboanga City already left for Malacca together with fiancé Julius Naranjo last month for her training camp, the same city in southwestern Malaysia where Diaz and her team stayed for almost a year to prepare for the Tokyo Olympics.

Hidilyn was hoping to win a gold in the world meet, the only tournament she has yet to rule after her golden feats in the Olympics, Asian Games, and the Southeast Asian Games.

Unfortunately, she found out later the focus was not there.

The weightlifting chief added Diaz could be back in the country at the end of the month.

Diaz also won a silver in the Asian tilt last year, along with Macrohon, who bagged a bronze.