Hidilyn Diaz came a tad short of ending the Philippine’s quest for a first ever Olympic gold, but her Cinderella finish in the women’s 53-kg. weightlifting event of the 2016 Rio Games was welcomed by this country of 100 million people like rain at the peak of summer.

The feat ended decades of frustrations and disappointments as Philippine sports in general, continues to lag behind and struggle in keeping pace with world-class competition.

The silver medal was the first for the Filipinos in the last 20 years, or since boxer Mansueto ‘Onyok’ Velasco punched his way to a runner-up finish during the 1996 Atlanta Olympics.

Diaz became only the third Filipino Olympian to bring home a silver medal – and the only lady at that – after Velasco and another boxer in the late Anthony Villanueva (1964 Tokyo Games).

Her outstanding achievement had Diaz as no-brainer the hands-down choice of SPIN.ph staff as the top story in local sports in 2016.

In no particular order, below are our traditional Top 10 stories in the year about to end. 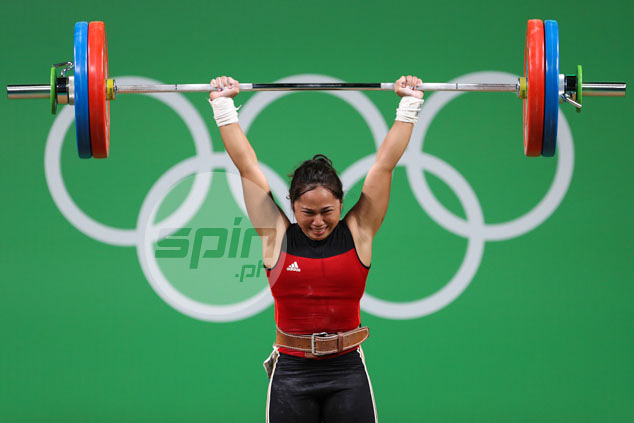 Hardly given a second look, the petite native of Zamboanga City stole the limelight from the highly-touted Filipino boxers by providing the lone bright spot in an otherwise another letdown of an Olympic campaign for the country. Diaz finished a surprise second behind eventual gold medalist Hsu Shu-Ching of Chinese Taipei after fancied Li Yajun of China failed to complete the clean and jerk. Diaz totaled a combined 200 kgs (snatch and clean and jerk) to the 212 of Hsu.

Third time proved to be a charm for the 25-year-old Diaz, who previously failed to make the podium in her two previous stints in the 2008 (Beijing) and 2012 (London) Olympics.

Now a certified multi-millionaire after receiving a windfall of close to P9 million in incentives for her Olympic heroic, Diaz this early has already set her sights to the 2020 Tokyo Games where she seriously vies for a first ever gold medal for the country.

A few may have pulled it off in other parts of the world, but at least in local shores, San Miguel earned the distinction as the very first ballclub to have come back from a 'near-death experience.'

In what popularly became known as ‘Beeracle,’ the proud franchise willed its way back in the PBA Philippine Cup finals after trailing Alaska, 0-3, in the best of seven series.

The Beermen refused to die in Game Four even without injured big man June Mar Fajardo, rallying from an 11-point deficit in the final four minutes to force overtime and scored the breakthrough win, 110-104.

With Fajardo finally back in harness for the next game, the Beermen didn’t let opportunity slip away and swept the final three outings of the series to complete the greatest comeback ever in the 41-year history of the pro league.

By season’s end, Fajardo ran away with his third straight MVP trophy – the only one to do so in PBA annals – and Leo Austria copping a second consecutive Coach of the Year award. 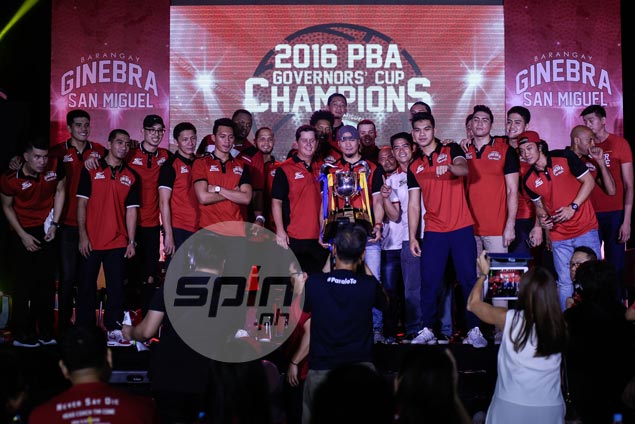 The years of waiting and frustration may have been too much for former PBA MVP Mark Caguioa that he failed to contain himself and blurted out before a live national audience the now-famous words ‘Wala ng kangkungan’ when Barangay Ginebra was finally king again.

The pro league’s most popular ballclub ended eight years of title-less campaigns when it won the season-ending Governors Cup at the expense of a gritty Meralco five. The championship clinching Game Six was none more dramatic, with import Justin Brownlee hitting the game-winning three-pointer at the buzzer.

Caguioa and longtime backcourt partner JayJay Helterbrand savored the moment, being the two remaining bastion of the Ginebra team that last won a crown in the 2008 Fiesta Conference.

A lot of the credit also goes to champion coach Tim Cone, who steered the Kings back to respectability in his first season with the team, while winning a total of 19 league titles with three different franchises.

Association of Boxing Alliances in the Philippines (ABAP) president Ricky Vargas was set to challenge Cojuangco’s 12-year reign, but was deemed unqualified by the POC election committee for failing to regularly attend the Olympic body’s general assembly.

Worse, the camp of Vargas sought the intervention of the court by seeking a Temporary Restraining Order (TRO) to stop the November 25 polls even at the risk of facing a possible suspension from the International Olympic Committee (IOC).

But the TRO was denied and Cojuangco earned another four-year team as POC prexy that will lasts until 2020. 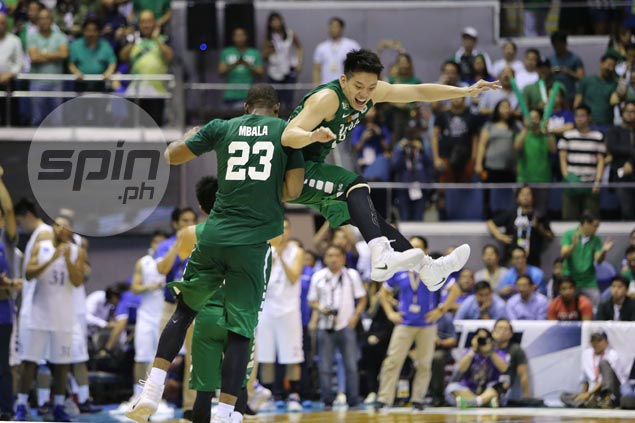 De La Salle didn’t disappoint when it regained the UAAP men’s basketball championship in dominant fashion behind a two-game sweep of longtime nemesis Ateneo in the finals of Season 79.

With a monster of a big man in Ben Mbala manning the fort and a rising new coach in Aldin Ayo – famous for his ‘mayhem’ pressure defense and relentless run and gun game - calling the shots from the sidelines, it was clear right from the start which team was fancied to take home the bacon this year.

Except for a lone meltdown in the second round of the eliminations when a well-prepared Blue Eagles tripped them, 83-71, it was a cruise for the Archers all the way. Overall, they finished with a record of 16-1 and won their ninth league title on the final playing year of star player Jeron Teng.

The Filipino ring legend outclassed old foe Tim Bradley Jr, to score a 12-round unanimous decision in the third and final installment of their rivalry which the 30-year-old Pacquiao declared as his farewell bout owing to his ambitious plan of embarking on a higher position in public office.

He did win a seat in the Senate during the May national elections, placing seventh out of a possible 12 needed to be voted to the Upper Chamber.

But hardly has the euphoria of the victory died down when the eight-time world division champion announced his comeback in the ring.

On November 5 at the Thomas and Mack Center in Las Vegas, Pacman officially came out of retirement and returned to the ring by challenging reigning world welterweight champion Jessie Vargas, The Filipino easily handled his American-Mexican foe behind a 12-round unanimous decision to win the World Boxing Organization (WBO) version of the 147-pound belt, and became the first Senator to win a world title. 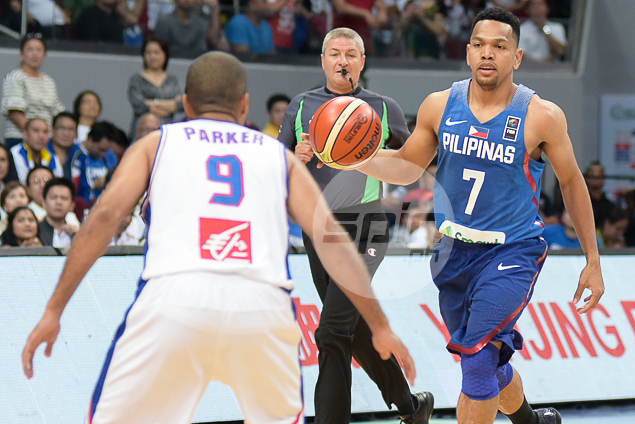 Through the Samahang Basketbol ng Pilipinas (SBP), one of the three qualifiers for the 2016 Rio Olympics was held in the country in the hopes of giving Gilas Pilipinas a better shot at earning a first Olympic berth since the 1972 Games in Munich.

The July 4 to 10 tournament was the first world-class meet to be staged in Manila involving the national team since the 1978 World Basketball Championship.

But similar to the Filipinos’ campaign 38 years ago, the national team also failed to register a win. Gilas gave Tony Parker and France a good fight but faltered in the endgame, and then couldn’t get on track against New Zealand in their final assignment to formally bow out of contention.

France advanced to the Rio Games by beating Canada in the final.

In one of the most stunning off-season deals in the PBA, Star and Rain or Shine let go of two well-known personalities, who for a long time, were considered as the face of their respective franchise.

Through the years, Yap and the Hotshots were synonymous to each other. Together, the two won seven championships during that stretch, including a rare grand slam two years before the 34-year-old top gunner's departure. 'Big Game James' also won two MVP trophies while donning the Star uniform.

Similarly, Yeng Guiao cut his ties with Rain or Shine after five years of being at the helm of perhaps, the most underrated franchise in the pro league. There’s no doubt though, that Guiao left his indelible mark with the Elasto Painters, who he guided to two championships in six finals appearances.

The psychology student of Far Eastern University achieved the feat at the young age of 20 following her impressive stint at the 42nd Chess Olympiad in Baku, Azerbaijan. 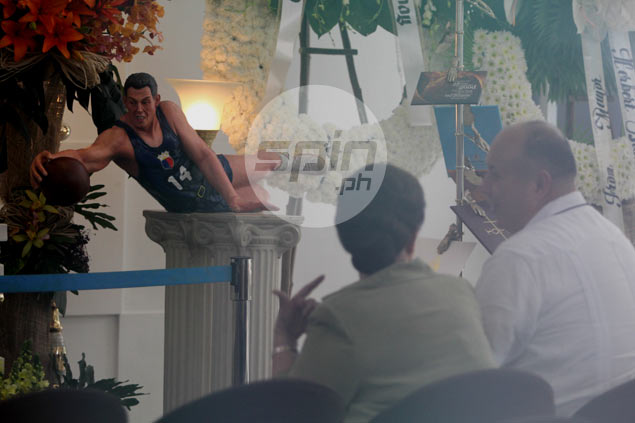 The passing of basketball legend Caloy Loyzaga early in 2016 snowballed for the rest of the year that saw the country lose one sports icon after the other.

Baseball great Filomeno ‘Boy’ Codinera left us just a few months after being honored with a Lifetime Achievement award by the Philippine Sportswriters Association (PSA). Before him, ‘The Maestro,’ coach Virgilio ‘Baby’ Dalupan stunned the basketball world with his death in the third quarter of the year.