COLUMN: Whoever left Alyssa out of PH team needs to have eyes checked

CHICAGO - The rumors have persisted for months, and based on my interviews with multiple sources, I kind of knew that this was bound to happen.

But the disbelief, which was quickly followed by rage, and then sadness, didn't really hit until the moment arrived today. And thousands of the volleyball fans from Ateneo and beyond are broken into pieces.

Alyssa Valdez is officially out of the 25-member pool for the women's national volleyball team.

The harvest of medals from the Olympics in Tokyo has allowed us to breathe the air of hope that Philippine sports can be great again. And then volleyball leaks this nasty fart that pollutes all the good vibes.

The two men - coaches Jorge Edison Souza de Brito and Odjie Mamon - entrusted to cherry pick the best of the best volleybelles said they prefer "younger and taller players" in their rebuilding process.

What they're saying is that Alyssa is old at age 28, and vertically-challenged at 5-foot-9.

In a sea of mean 7-footers. Michael Jordan dominated the NBA during his playing years at a mere 6-foot-6.

What are these dudes talking about?

Whether it's fresh like bread or fresh like just hopped out of the shower, the Brazilian import didn't elaborate.

IT DOES NOT MATTER. ALYSSA VALDEZ IS NOT STALE. SHE CAN SPIKE 'TIL SHE'S 60.

De Souza claimed he reviewed clips from the SEA Games and the PVL last month and still determined that Alyssa didn't make the cut for the Top 25. I'm afraid De Souza needs to have his eyes checked.

In case this hired foreigner doesn't know, Valdez is a transcendent figure who helped her once sleepy sport jump from the tiny corner of the sports section straight into the mainstream. Her talents are timeless, it comes only once in a generation.

She deserves a spot in that pool. She has earned the right to be front and center.

"It was out of my hands kasi hindi na ako yung namili nun. With regards to the selection, it's done. We are very hopeful for this team," Mamon said, washing his hands from what is destined to be a controversial exclusion.

In fact, it's only just begun.

An injustice is being made here and it demands for justice to be served. That yelping, agonizing cry will haunt your tainted pool for tournaments to come. 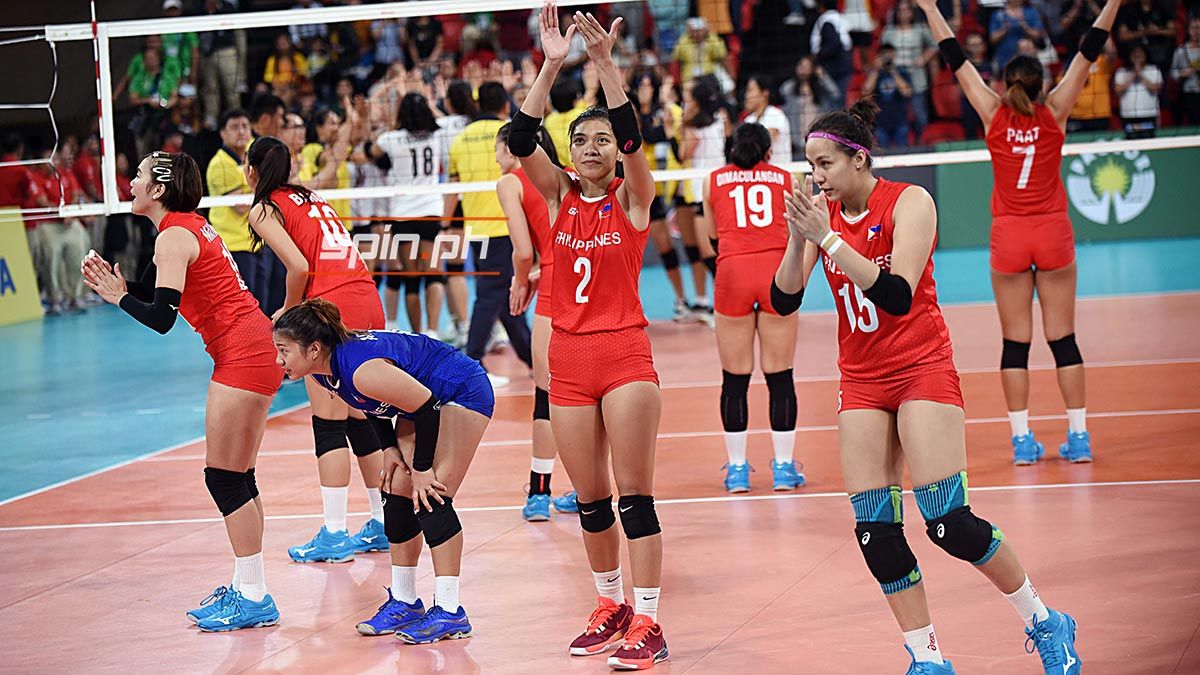 I'm curious how Rebisco is eerily silent on the matter.

The biscuit giant, which owns Creamline where Valdez is the team's heart and soul, reportedly donated a hefty amount to the PNVF for the national team program.

Are the Ng family donating or enabling the federation?

Are they just going to sit and watch this travesty unfold or will they recoil from their generosity?

I bet part of the donation helps pay for De Souza's salary in the next two years. Which means Rebisco is paying its own money to get slapped in the face.

Not a pretty sight.

Who knew that volleyball can be a hot mess?