JUST six months into the job and still in the process of building a solid team chemistry, yet coach Kungfu Reyes has already set the bar high for University of Santo Tomas in the UAAP women’s volleyball tournament.

Reyes, 35, has set a target of a finals appearance for the Tigresses in Season 78 of the league.

Reyes took over the UST coaching reins from Odjie Mamon at the end of last season.

A former three-time champion player of the UST men’s volleyball team, Reyes made it clear he won’t tolerate 'drama' within the group - the very same reason that prompted Mamon to step down from his post.

The pride of Lucena, who is also a Philippine Army sergeant, said he has his way of handling the women’s team. Aside from applying a military-like training on the team, Reyes said he is straight forward in dealing with his players. 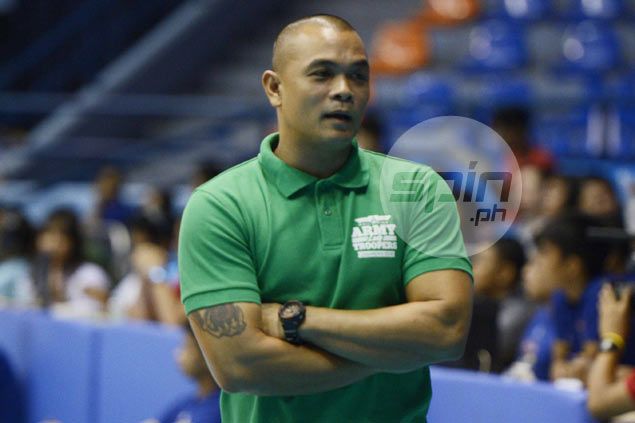 Reyes cited an instance during a team practice when one of the players get emotional and cried after getting berated by him.

The UAAP volleyball tournament is set to start either end of January or early Febuary.