DESPITE the heartbreaking cancellation of UAAP Season 82, volleyball coaches are united in the country’s fight against the Coronavirus pandemic.

For these UAAP coaches, it’s hard to see that all their players’ hard work and sacrifices went for naught after league officials decided to scrap the remaining second-semester events with the extension of the Enhanced Community Quarantine.

Ateneo head coach Oliver Almadro admitted that the Lady Eagles are "in low morale and sad" after their title-retention bid was derailed.

“Personally, I am saddened about the cancellation of the UAAP. After all the hard work and sacrifices the UAAP will be concluded in this manner,” Almadro said.

The reigning champion coach understood that it was a tough decision for the board to make but he pointed out that the world is dealing with a contagion which is much bigger than UAAP.

“Right now there is no blue, green, yellow, maroon, etc. We should be one and united in supporting and helping to heal and flatten the 'curve' by staying at home or being an instrument in our own way,” he said.

It was also a bitter pill to swallow for University of the Philippines Godfrey Okumu and his wards bannered by several seniors Isa Molde, Tots Carlos, Marist Layug, Justine Dorog and Jessma Ramos.

But it was the right thing to do.

“As much as the teams and coaches are disappointed, because of the manpower that they have put in their training. Allow me to say this, ‘When one life is lost it will never come back,’” the Kenyan coach said.

“Safety comes first. The UAAP officials did the right thing. I would have done the same if I were in their position, even though it is not easy. I guess there will always be another UAAP season,” he added.

Nobody expected that University of Santo Tomas’ three-set victory over Far Eastern University last March 8 marked the final game of Season 82 but both coaches also agreed that this pandemic is a bigger fight for everyone. 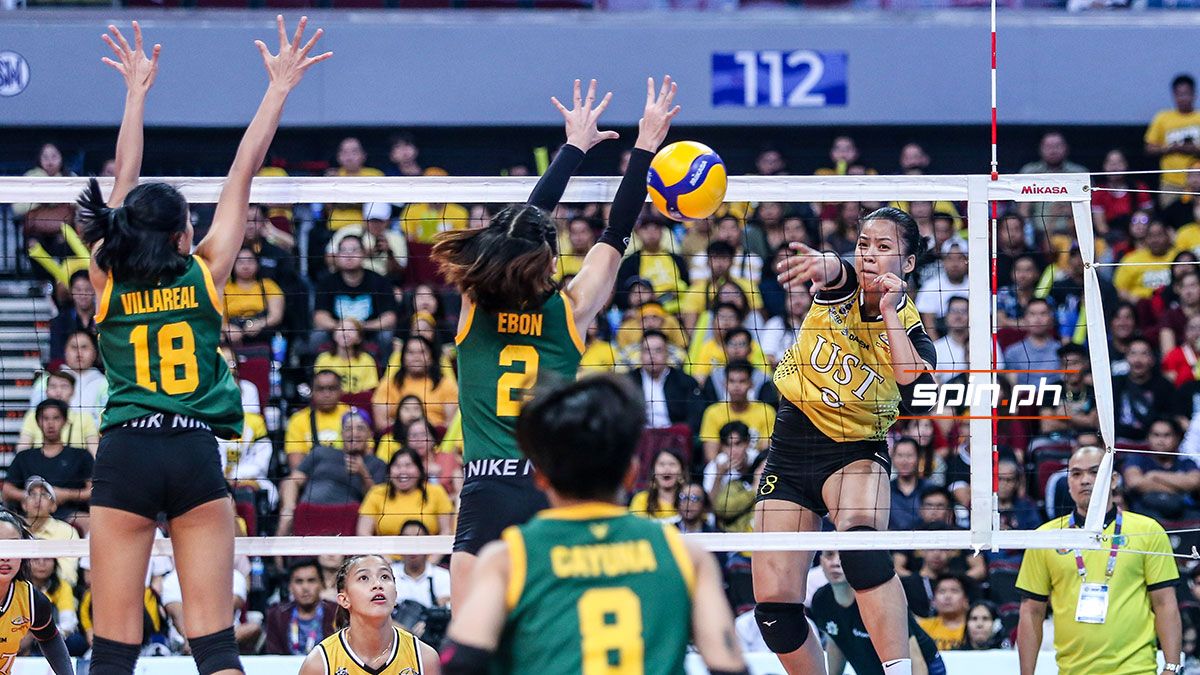 National University was holding an early 2-0 lead in women’s volleyball ahead of La Salle, which beat Ateneo in its first and only game of the season.

Ateneo, UP, UST and FEU were on a four-way tie with identical 1-1 records, while Adamson (0-1) and University of the East (0-2) were left at the bottom of the eight-team field.

This pandemic has wiped out the possible outcomes of several sporting events, which broke the hearts of many athletes. But these coaches are encouraging all the people not to lose hope in these difficult times.

“In my 23 years of coaching in UAAP from assistant to head coach, I haven’t experienced this kind of ‘rest,’” Almadro said. “We don’t know where to start after a vacation, what timetable to prepare, what program to apply because of the uncertainty of the calendar of event in the future.”

“It may sound too religious but in this time yung ibang needs I just have to depend on God’s plan. Pero this is for sure pag tapos na lahat. Aside from my family, una kong gagawin is I want a big hug from my players, friends, relatives, and colleagues,” he added.

And once the country is COVID-free, these teams will work hard again and prepare to clash and complete their respective unfinished businesses next season.

“Our top priority now is the safety of our players, so we are avoiding coming together as an entire team but we will continue working out when the lockdown is over, our work is not yet done,” Okumu said.