THROUGH it all, coach Karl Dimaculangan just feels blessed being the one tasked to handle this very special National University team.

"Di ko rin in-expect to handle itong National University," he said after steering the Lady Bulldogs to the UAAP Season 84 women's volleyball crown in his first season at the helm.

Coming from a University of the East program where he only amassed a measly 3-13 win-loss record through two seasons, the last of which being the truncated UAAP Season 82, the call from NU was simply unexpected for Dimaculangan.

Almost a year and a half later and here Dimaculangan is, on top of the league as he guided the Lady Bulldogs to their first women's volleyball crown in 65 years. 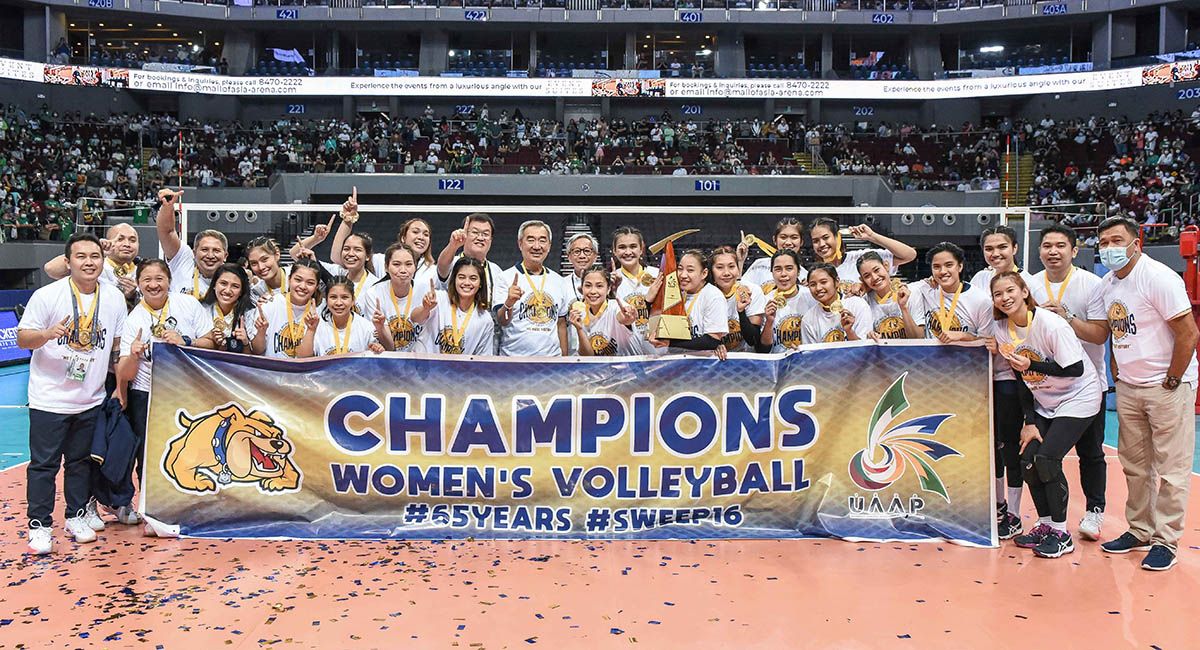 But it doesn't mean that Dimaculangan doesn't deserve all the flowers.

A former UAAP MVP with University of Santo Tomas and a four-time UAAP champion in his own right, Dimaculangan was the last piece of the puzzle for the talented Lady Bulldogs squad, making the right adjustments and the timely tweaks that allowed this crew to sweep all of their 16 matches in this campaign.

Mere talent can only get you so far, and as excellent as these rookie batch featuring Season MVP Bella Belen, Best Opposite Spiker Alyssa Solomon, Best Setter Lams Lamina, and Second Best Middle Blocker Sheena Toring are, they still had to buy into the system Dimaculangan put in place.

Fortunately for him, the girls were ready to embrace him as a whole and now, they can enjoy the fruits of their labor.