THE remainder of UAAP Season 82 was cancelled on Tuesday after the government extended the Luzon-wide enhanced community quarantine due to the coronavirus (COVID-19) pandemic.

The widely followed volleyball and other second semester sports were scrapped since President Duterte's decision to extend the ECQ until April 30 made it impossible to finish the season in the second semester, league officials said.

“The Enhanced Community Quarantine (ECQ) having been extended, the conditions for the resumption of UAAP Season 82 can no longer be met. As such, it is now deemed cancelled,” said UAAP president Emmanuel Fernandez and Executive Director Atty. Rebo Saguisag in a joint statement. 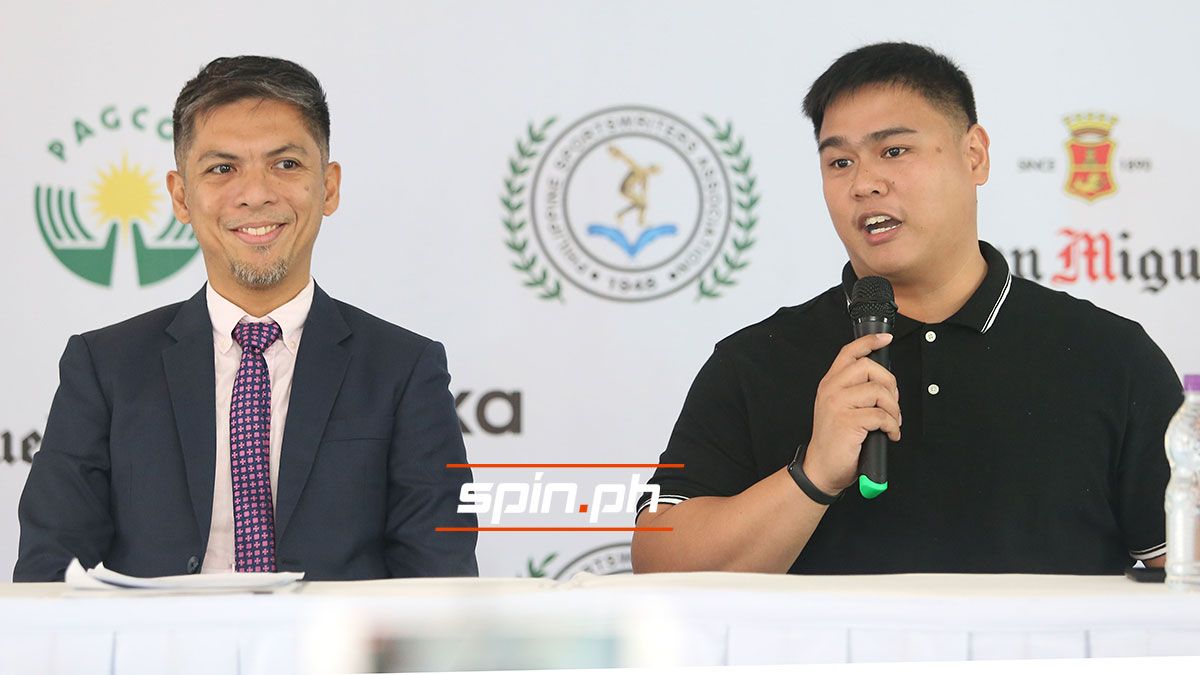 Football competitions have only held two gamedays before the postponement last March 10, while tennis, track and field, baseball, softball and streetdance competitions never got to start.

This is the first time that the UAAP didn’t finish a season since World War II. The only collegiate events completed this season were basketball, chess, badminton, swimming, table tennis, taekwondo, poomsae, judo and cheerdance competition.

Most of the high school events were completed except for the demonstration sport beach volleyball while Adamson and University of Santo Tomas, the last two teams standing in the maiden girls basketball tournament, have been declared as co-champions last March 14. 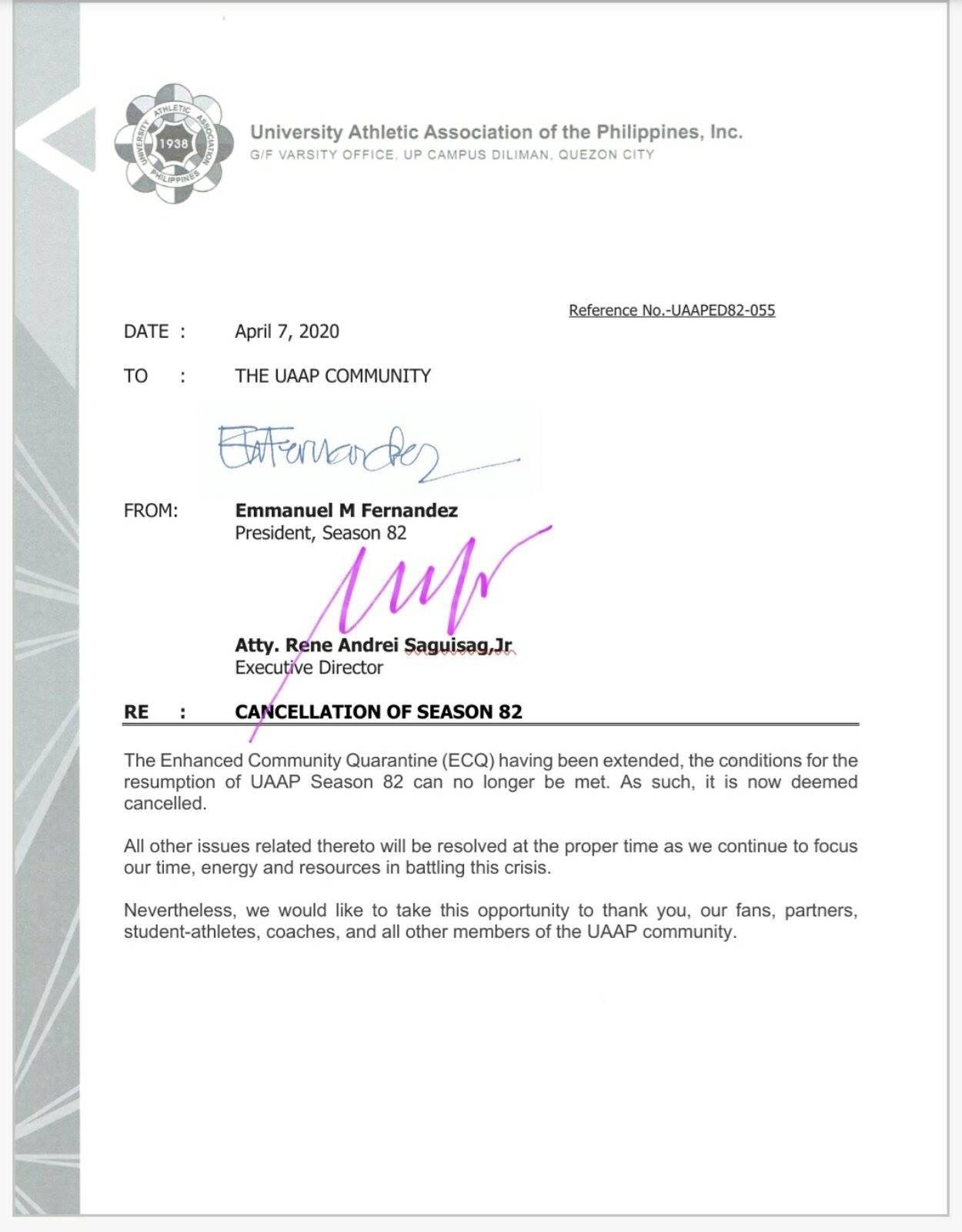 The league officials said they will soon discuss the likely extension of the eligibility for senior players of unfinished sports events. The board will also have to decide on whether a general championship will be handed out or not this year.

“All other issues related thereto will be resolved at the proper time as we continue to focus our time, energy and resources in battling this crisis,” concluded in the statement.

The Tigers also lead the overall title race in high school with five gold, three silver and a third-place finishes.