UAAP Preview: After low-key preseason, UP ready to make noise, get over hump

[Editor's note: This is the fourth of our eight-part preview for the coming UAAP Season 82 women's volleyball tournament]

TEMPERED expectations on University of the Philippines are not stopping head coach Godfrey Okumu from having high hopes that his wards can finally get over the hump in UAAP Season 82 women’s volleyball tournament.

Last season, the Fighting Maroons emerged as heavy favorites to go all the way in the UAAP after ruling the pre-season tournaments of Premier Volleyball League and Philippine Superliga.

But they didn’t live up to the expectations, failing to sustain their rousing 5-2 start in the first round, winning only one in the next phase to end up at sixth place.

This year, UP hardly had as much as exposure in the collegiate leagues, but Okumu believes that his wards, bannered by seniors Tots Carlos and Isa Molde, can finally reach their goal.

“We do not think about winning first, we think about getting to the Final Four. This year, I am very certain we can make it,” Okumu said. “The team is very ready and we have all the intentions of winning this time.” 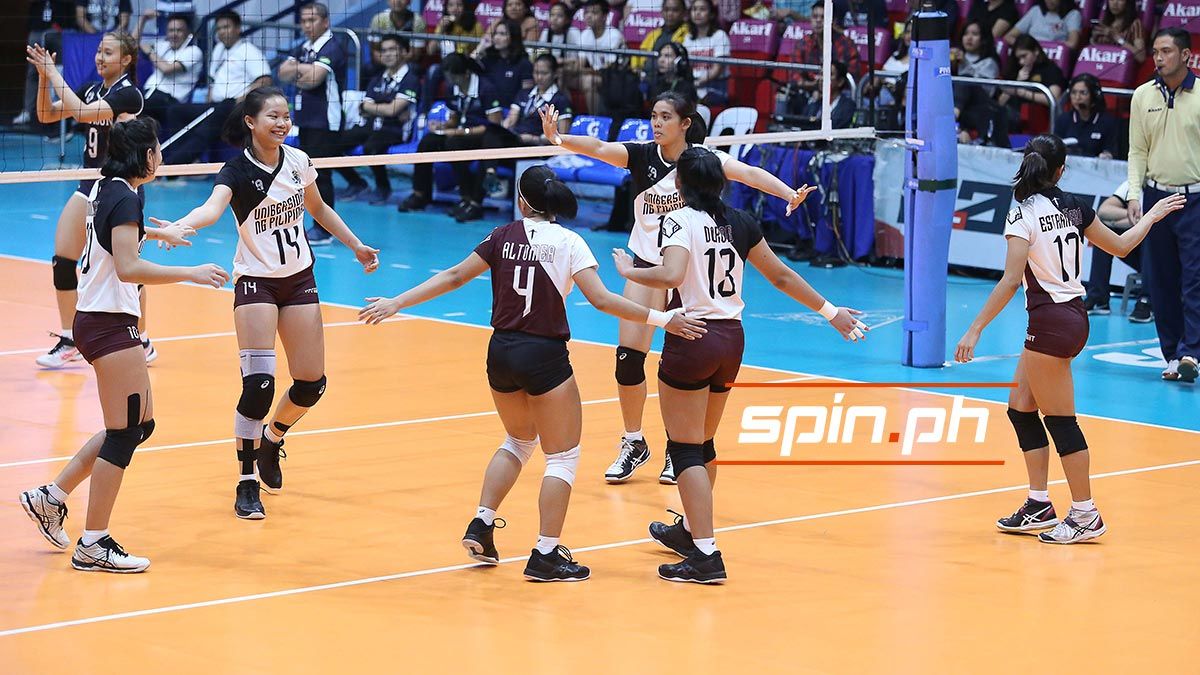 Carlos, Molde, and the other seniors are on a mission to carry the Fighting Maroons back to the Final Four for the first time since four years ago during their rookie years.

But more than winning, Carlos wants to impart the discipline as they are set to pass the torch to their younger teammates, led by third-year spiker and newly minted captain Rosie Rosier.

“We are excited to play. Yung iniimpart samin ni coach is just not about winning, its discipline and how you play and follow the system,” she said. “Winning is just a bonus pero of course we want to win. Winning will follow naman if we trust the process.”

After a low-key preseason, UP will be relying on the experiences of Carlos and Molde as well as other graduating players, who are all eager to prove themselves and give back to their fans with a fitting swan song.