THE Final Four cast is complete as Ateneo, De La Salle, University of Santo Tomas and Far Eastern University are all assured of places in the UAAP Season 81 women’s volleyball tournament playoffs.

But the seedings are far from set, except for FEU, which is already locked in at fourth place. The fates of Ateneo, La Salle and UST lie in their remaining elimination games

After a long Holy Week break, the league goes down to its last three playdates, which will determine the seedings of the four semifinalists. Let's take a look at the playoff scenarios.

Here is the current standings of the Top Four teams:

Here is the schedule in the final week of the elimination round. Note that all games will be played at The Arena in San Juan City:

Here's how the situation looks for the three teams. 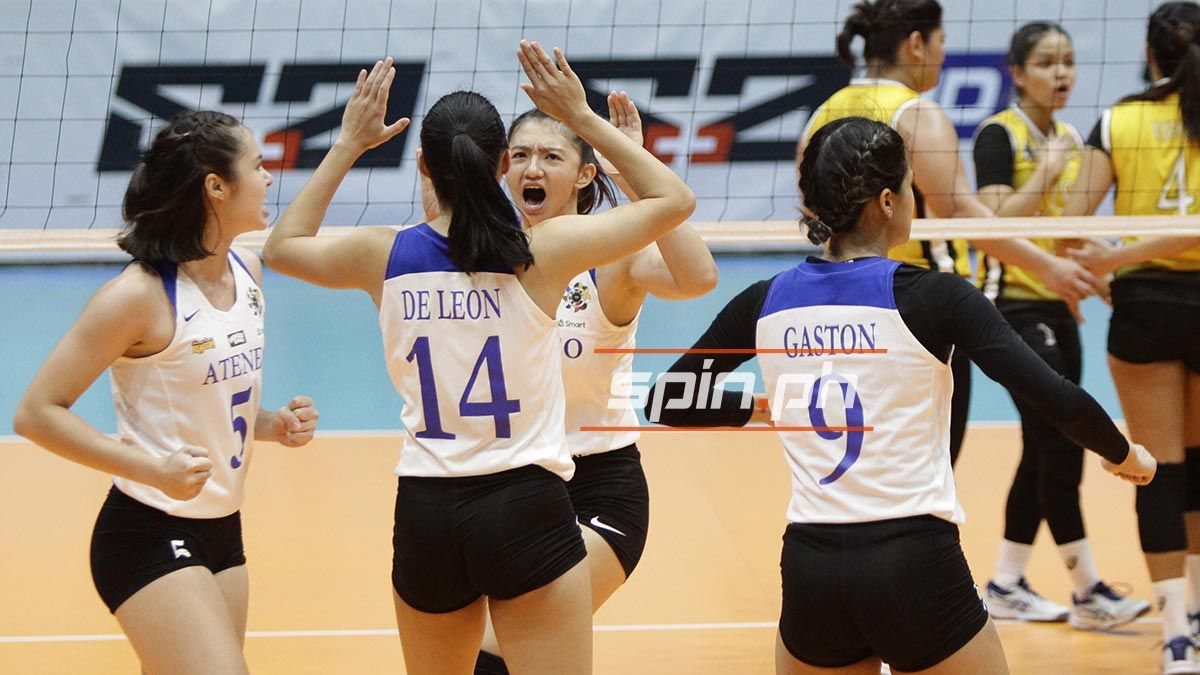 Hlding on to the league lead despite a three-set loss to La Salle, Ateneo still has control of its destiny. But the Lady Eagles will have to sweep their last two games to secure the top seed and face the Lady Tamaraws in the Final Four.

If it wins only one of its last two games, Ateneo will secure a twice-to-beat advantage with an 11-3 record but will surrender the top seed.

In case La Salle sweeps its last two games, the two rivals will end up tied for the best record but the Lady Spikers will earn the No. 1 spot by virtue of the winner-over-the-other rule after sweeping the Lady Eagles in their two elimination-round clashes.

Worse, Ateneo can even lose twice-to-beat advantage if it loses its last two games and fall to 10-4. In such a scenario, the Lady Eagles will likely end up in a playoff for the No. 2 seed.

The three-time defending champions just need to sweep their last two games to avoid complications and earn a twice-to-beat edge in the Final Four. 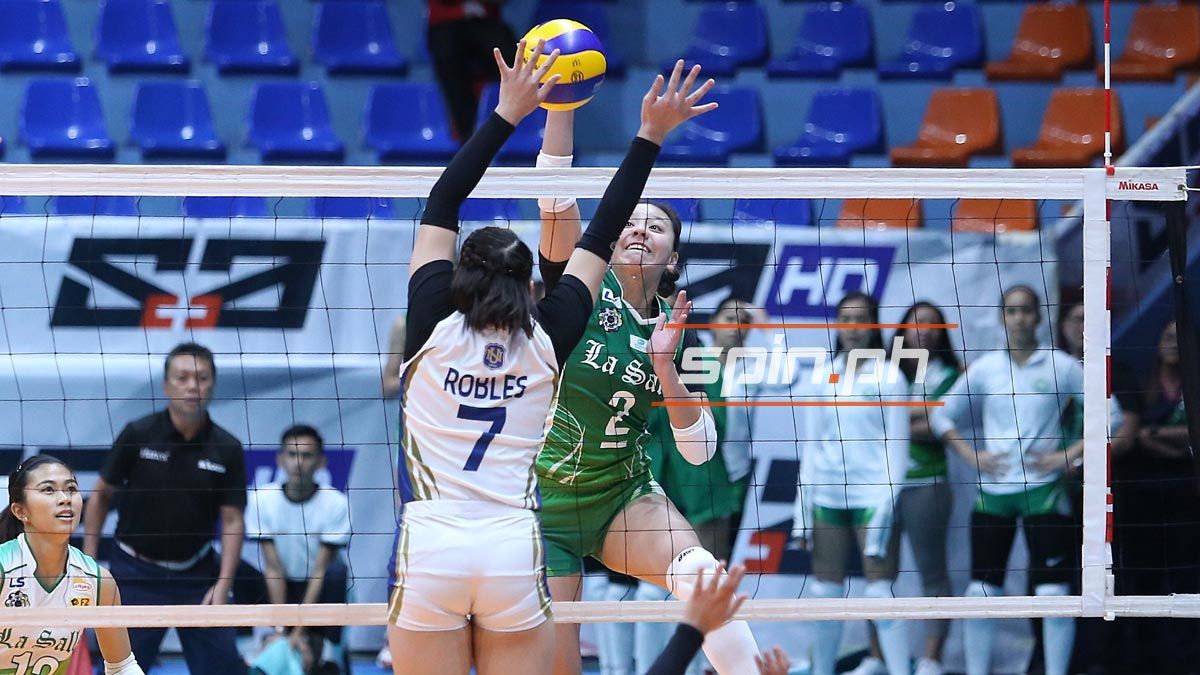 La Salle could still end up as the top team if it sweeps its last two games and Ateneo loses at least one of its two remaining assignments.

If the Lady Spikers split their last two assignments and the Tigresses win over the Lady Bulldogs, the two teams will clash in a playoff for the No. 2 spot and the last twice-to-beat advantage.

The worst case scenario for La Salle is if it loses both of its last games and UST beats NU, the 11-time UAAP champion will fall to No. 3 facing the twice-to-beat Tigresses in the Final Four.

The Tigresses are still in the hunt for the twice-to-beat advantage as they only need to win their last elimination round game against the Lady Bulldogs and hope that the Lady Eagles and Lady Spikers both lose their last two matches.

If that happens, there will be a triple tie at 10-4. The team with the highest quotient will take the No. 1 spot and face FEU in the semis, while the second and third placers will clash in a playoff for the last twice-to-beat advantage.

The Espanya-based spikers could still earn the top spot as it has 27 points in a tiebreak, just a point behind the top two teams. If both Ateneo and La Salle lose their last two matches either in three or four sets, they won’t earn points and UST will get the top place if it beats NU in three or four sets. 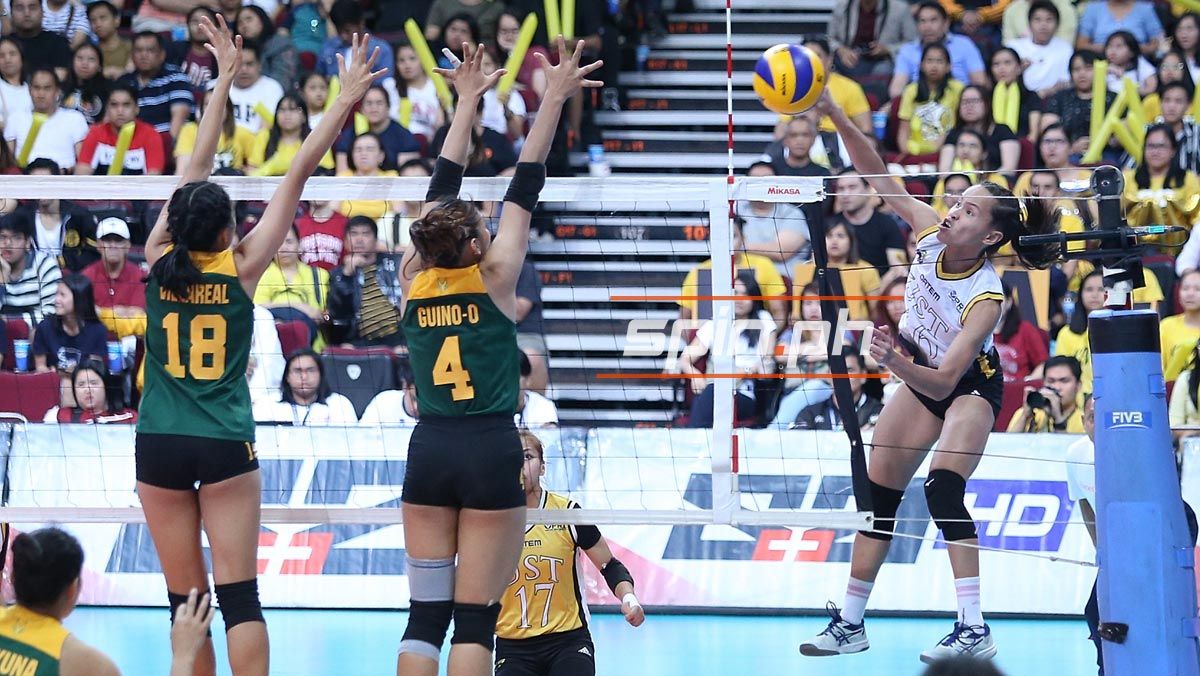 In case only one from La Salle and Ateneo go winless in their last two games and end up at 10-4, and UST takes down NU, a playoff between the joint second placers will take place.

The Morayta-based squad is already locked in at No. 4 and is set to face the top placer, which holds a twice-to-beat advantage, in the Final Four.

Even if the Lady Tamaraws beat the Lady Spikers in the last day of the eliminations and the Tigresses lose to the Lady Bulldogs, there will be a triple tie at 9-5 but FEU has the least points in the tiebreaker among the three teams with 21 points as it played the most five-setters in the season — five times — and only won via straight sets once.

Even if FEU beats La Salle, it could only earn a maximum of 24 points, which is still not enough to win the tiebreak as La Salle and UST currently have 28 and 27 points, respectively.