DE La Salle sent defending champion Ateneo crashing with a rousing 25-17, 17-25, 25-17, 25-15 victory in the UAAP Season 82 women’s volleyball tournament on Saturday at the Mall of Asia Arena in Pasay City.

The Lady Spikers' rookies, led by Thea Gagate, gave a good account of themselves in their season debut as La Salle scored its seventh straight victory against the Lady Eagles since the 2017 Finals. 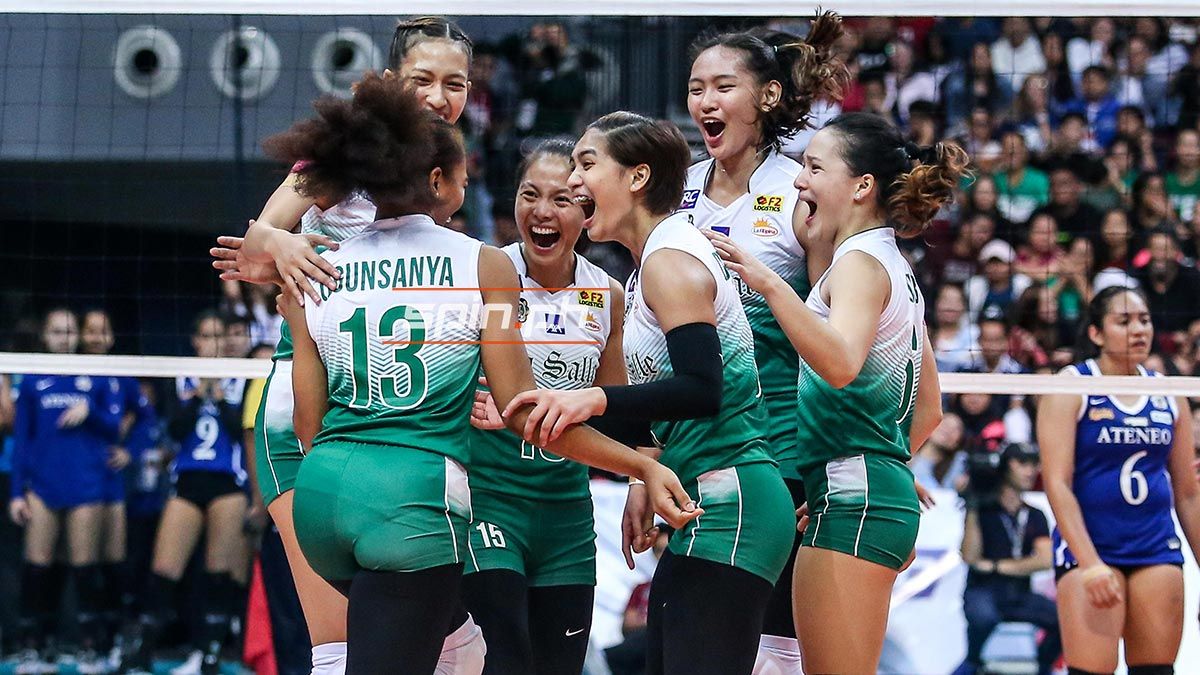 Ateneo head coach Oliver Almadro remained winless against La Salle since he took charge last year as the Lady Eagles dropped to a 1-1 record in a tie with University of the Philippines.

Kat Tolentino was held to just six points as rookie Faith Nisperos was the lone double-digit scorer of the Lady Eagles with 13 points. Jho Maraguinot had nine markers in a losing effort.