NATIONAL University is just a victory away from a season sweep, clobbering La Salle, 25-20, 25-12, 25-21, in the first match of the UAAP Season 84 women's volleyball finals on Saturday at Mall of Asia Arena.

The Lady Bulldogs look to complete a 16-0 season with the second match of the best-of-three title series set on Tuesday.

La Salle refused to back down in the third set with Thea Gagate and Fifi Sharma keeping the Taft side within striking distance, 22-20.

But Alyssa Solomon delivered a pair of hits, before Bella Belen put the exclamation point to the victory.

Belen, the rookie frontrunner for the MVP award, churned out 15 points from 11 attacks, two blocks, and two service aces, as well as 13 excellent receptions to lead the balanced attack for the Lady Bulldogs as they close in on their first women's volleyball crown since 1957.

Solomon also produced 15 markers from 12 hits, two aces, and a block, Cess Robles had 10 of her 12 points off kills, while Ivy Lacsina also had 12 markers off six hits, five blocks, and one ace. 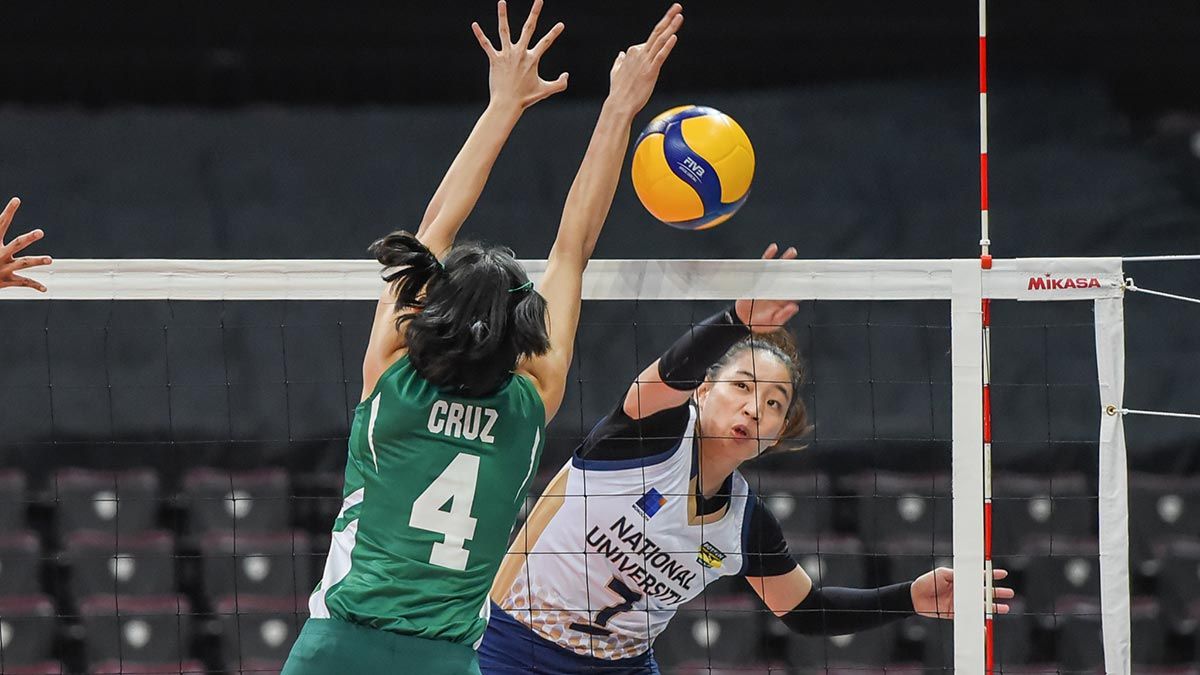 Cess Robles and the Lady Bulldogs make it 15 straight wins.

The Lady Bulldogs cut the Lady Spikers' blockers down to size, nabbing 11 kill blocks against just three, while their serving was just impeccable nabbing eight service aces — showing no signs of rust even after 10-day break.

Leila Cruz led La Salle with six points as Sharma, Leiah Malaluan, and Jolina dela Cruz all had five in the defeat.

The Lady Spikers, which made their 11th finals appearance in 12 seasons, have yet to win a set over the Lady Bulldogs this season. with reports from Jillian Torre