FOR MIKA Reyes, La Salle’s title comeback in 2016 is her sweetest and most fulfilling championship.

Reyes has emerged as one of the most decorated volleyball players in the country as she won three UAAP championships and collected four Philippine Superliga titles, winning three with Petron from 2017 to 2019 and an All-Filipino champoonship with F2 Logisitics in 2016.

The four-time PSL Best Middle blocker, who is now with Sta. Lucia, has also been representing the Philippine women’s volleyball team since 2017 and had a once in a lifetime stint in the FIVB Women’s Club World Championship, when the country hosted and participated four years ago.

But of all her accolades, the 26-year-old’s most memorable achievement was the UAAP Season 78 title with the Lady Spikers, who regained their lost glory against the Alyssa Valdez-led Ateneo four years ago.

It’s the most memorable title for Reyes considering she almost gave up and thought about forgoing her final playing year.

The reason? She felt useless and lost her self-confidence after losing back-to-back Finals to Ateneo, blowing a thrice-to-beat advantage in 2014 and getting swept in 2015 that allowed the Lady Eagles to complete a perfect 16-0 season.

But La Salle head coach Ramil de Jesus didn’t give up on his recruit from Pulilan, Bulacan and made her realize her worth to the team.

If not for the trust and perseverance of De Jesus to his players, the 6-foot middle blocker could have given up on volleyball a long time ago. 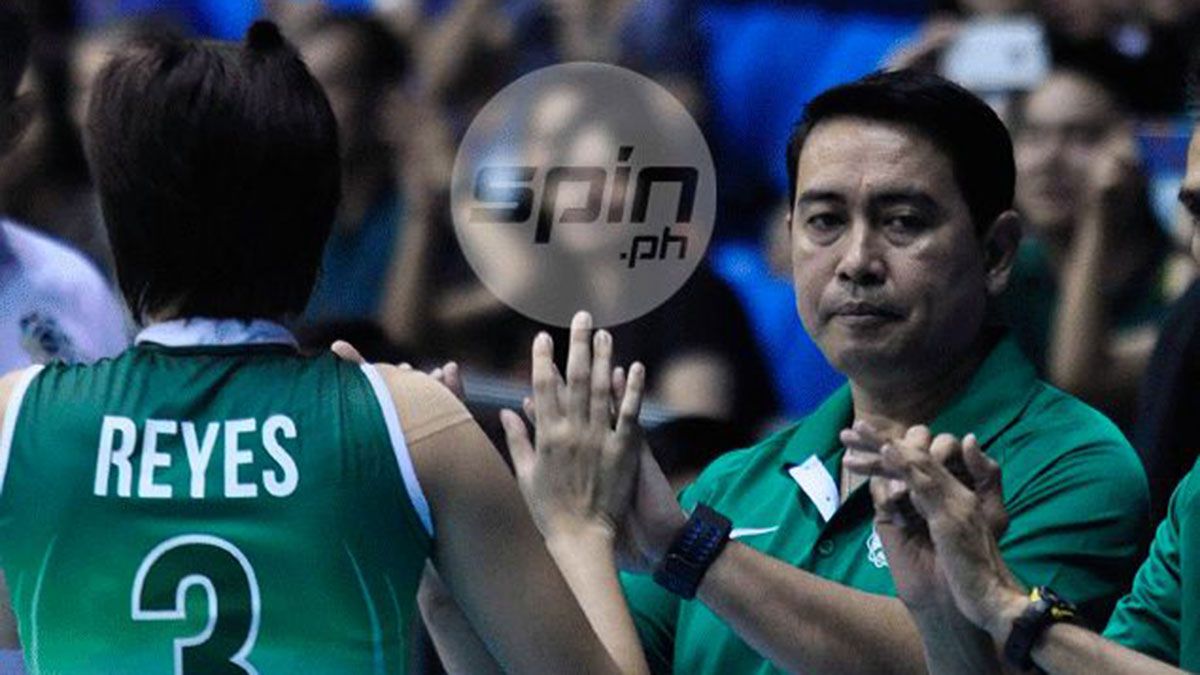 After hearing the words of encouragement from her coach, Reyes unleashed her desire to win a UAAP title in her last season with fellow seniors Cyd Demecillo, Mika Esperanza, Carol Cerveza and the returning Ara Galang from a gruesome knee injury.

The Taft Tower proved her worth during the eliminations, helping La Salle clinch the second seed and twice-to-beat advantage by winning 11 out of 14 games before surviving the Bernadeth Pons-led Far Eastern University in the Final Four to set their fifth straight Finals showdown against Ateneo.

Reyes had a farewell performance to remember, averaging 12 points in their epic best-of-three title series that reached a winner-take-all Game Three to exact a sweet revenge on their archrivals.

That sweet Season 78 title turned Reyes into one of the most successful volleyball players today and embarked another ‘three-peat’ for La Salle beating Ateneo anew in 2017 and FEU in the 2018 Finals only for the Sisi Rondina and Eya Laure-led University of Santo Tomas to end its dynasty in last year’s Final Four.