THOUGH Adamson failed to make it to the stepladder stage, coach Lerma Giron is just beaming with pride with the performance that her side put up this UAAP Season 84.

To her, however, things just weren't meant to be for the Lady Falcons.

Giron, for her part, too, really doesn't want to think too far in the future knowing that her own fate at the helm of the Lady Falcons also remains uncertain. 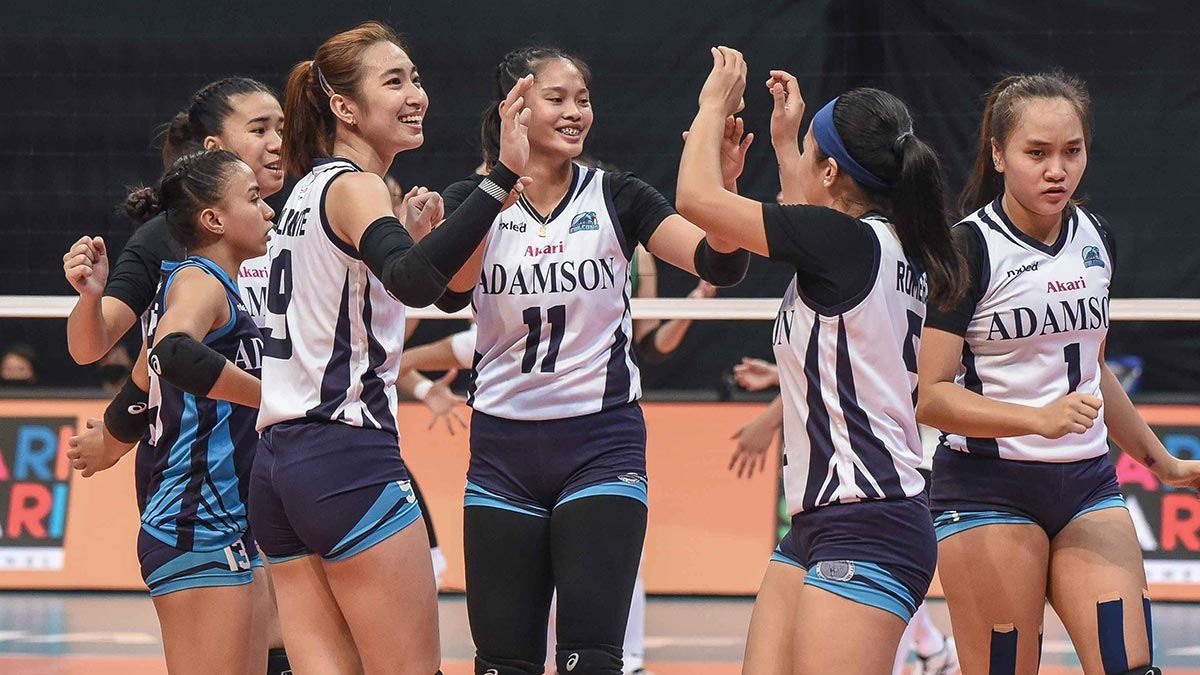 The Adamson Lady Falcons fall just short of the semis.

Giron was promoted to the head coaching post in 2019, replacing Onyok Getigan as she steered Adamson to the 2019 Premier Volleyball Collegiate Conference crown.

In her first full season at the helm, the Lady Falcons fell one win away from making it to the semifinals. Adamson last reached the semis in UAAP Season 76 in 2014.

She also would have been the first female head coach to steer her side to the Final Four, an accomplishment that has yet to be accomplished since the legendary Dulce Pante roamed the UAAP sidelines.

Giron is leaving everything up to the management, saying, "Tingnan natin next season. Di ko rin alam eh."