SHE didn’t put up any gaudy numbers this week but Bea De Leon nonetheless stood out in the UAAP Season 81 women’s volleyball tournament.

De Leon was solid and commanding for Ateneo as the ladies in blue and white went undefeated in its two games en route to finishing the first round with a league-best 6-1 record on the back of six straight wins.

The veteran middle blocker averaged 13.5 points in what was her best week, scoring-wise, so far in the tournament on her way to being chosen the Chooks To Go-Collegiate Press Corps UAAP Player of the Week.

Those numbers won’t jump out of the page as being truly magnificent, but Ateneo head coach Oliver Almadro puts more premium on De Leon’s leadership rather than her scoring.

“I never doubted the leadership of Bea ever since, and I’m so lucky that she decided to play for her fifth year,” said Almadro. “Who would even sacrifice this much to wake up early every day, lead the team, and go to bed late at night? That in itself is leadership, that in itself is an example of being a good leader.” 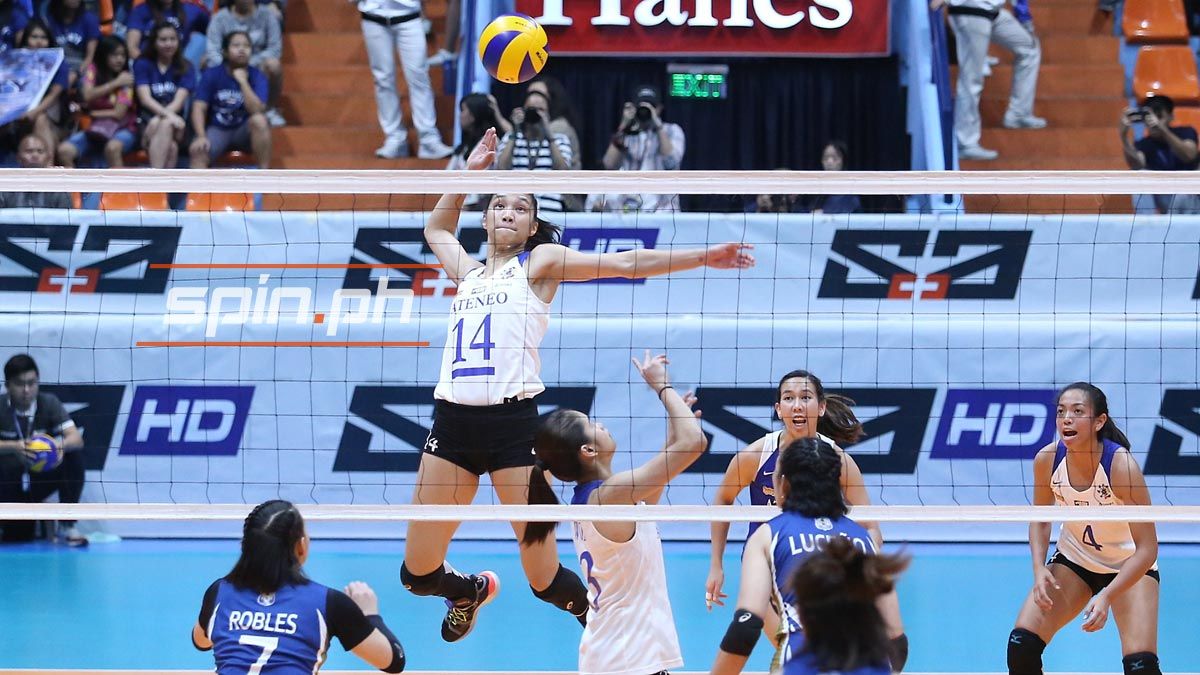 De Leon was averaging just six points a game before the Lady Eagles faced Adamson University on Wednesday at Filoil Flying V Center. Her 14 points in that game helped the Lady Eagles to the four-set win, 25-8, 22-25, 25-16, 25-10.