Bella Belen stays in the moment as NU aims for perfection

IN her rookie season, Bella Belen is already the frontrunner for the MVP award.

That's no surprise, however, considering the 19-year-old has been the catalyst for National University's immaculate 15-0 run that put the Lady Bulldogs on the cusp of winning the UAAP Season 84 women's volleyball crown.

Adoring fans have showered her with MVP chants all throughout Game One of the best-of-three finals against La Salle on Saturday. But just like she has done all season, Belen is keeping her eyes on the ball.

Belen clarified that she still hears the chants whenever it was her turn to serve, but refuses to be carried away.

It's exactly the attitude one would want to see from Belen and every other Lady Bulldog as the underrated team stand a win away from ending the school's 65-year title drought in women's volleyball. 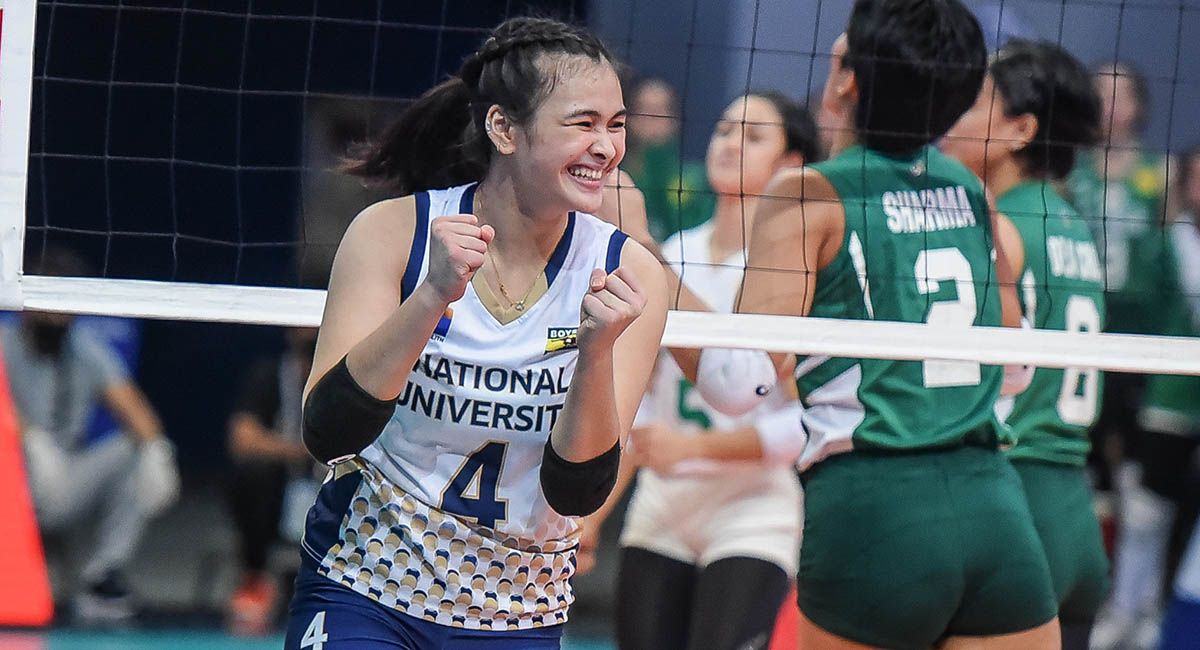 NU last won the crown way back in 1957, and these girls, majority moving up from its juniors team at Nazareth School, have the chance to etch their names in the history books with this championship conquest.

Belen is sticking to the teachings of coach Karl Dimaculangan and refuses to get ahead of herself, taking it one game at a time.

Individually, the Lady Bulldogs are enjoying stellar seasons. Belen leads the league in serving, Alyssa Solomon is No. 1 in the league in spiking, Lams Lamina is head and shoulders over everyone in setting, and Jennifer Nierva is on a level of her own in reception.

But their focus is on what they can accomplish as a team, Belen said.

There's no question, though, that Tuesday's Game Two will be the most difficult as NU tries to complete this run of perfection against a proud team like La Salle armed with a winning culture and a never-say-die spirit.

That doesn't mean Belen and Co. are intimidated.