THE women’s Final Four matches of UAAP Season 82 beach volleyball tournament were called off due to thunderstorm on Wednesday at the Sands SM by the Bay.

Officials were forced to reschedule the semifinals on Saturday as the thunderstorms lasted for two hours.

The last men’s Final Four match between the twice-to-beat Far Eastern University and third seed National University was halted after Bulldogs’ James Natividad and James Buytrago took the first set with a 21-13 victory over Tamaraws' Jude Garcia and Kevin Hadlocon.

Their match will resume on Saturday with the winner facing finals-bound University of Santo Tomas’ Jaron Requinton and Rancel Varga, who knocked out Adamson‘s Leo Miranda and Jesus Valdez, 21-12, 21-15, in their Final Four match. 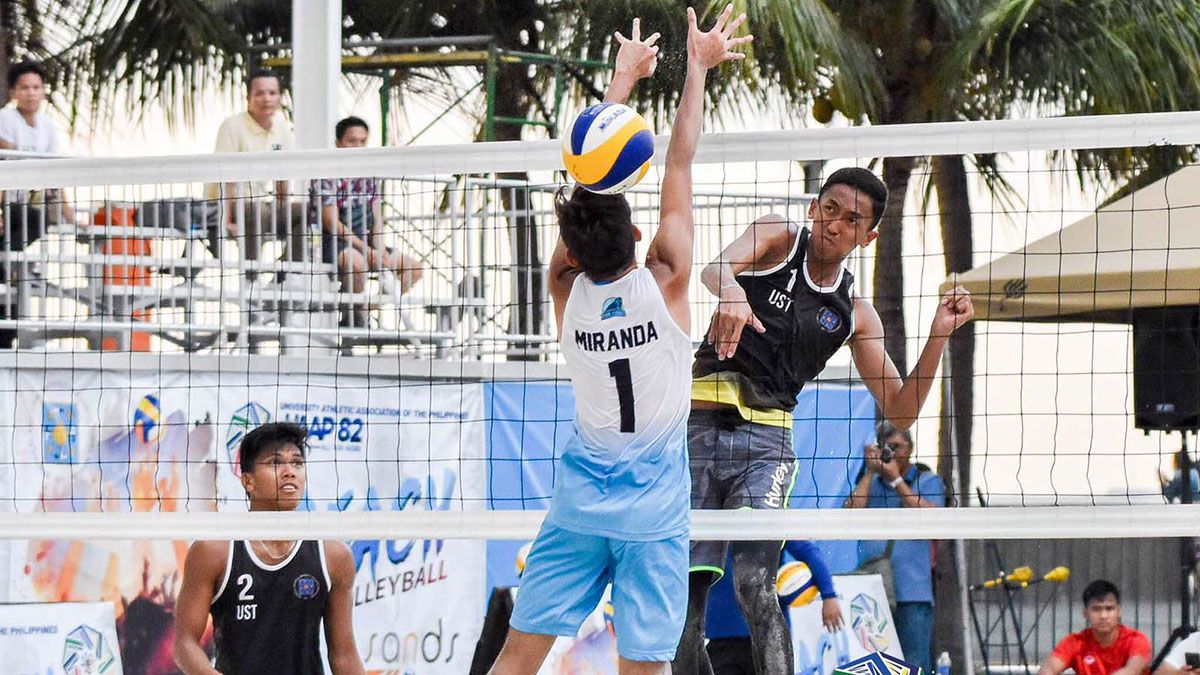 Barbon and Eslapor stayed unbeaten in seven games and secured the top spot with a 21-16, 21-18 victory over La Salle's Tiamzon and Jazareno, who dropped to 6-1 record at second place.

FEU, which is already locked at No. 3 with 5-2 card, took down University of the East's Juliet Catindig and Donna Mae Nebrea, 21-13, 21-19, for its fifth victory in seven matches, while Ateneo (4-3) earned the last semis berth by ousting Adamson‘s Kring Uy and Chen Ave, 21-17, 21-19, for its first women's beach volleyball Final Four appearance since 2016.

University of the Philippines' Rosie Rosier and Euri Eslapor kept NU’s Andrea Abian and Chlea dela Fuente winless in seven games, 21-6, 21-3, to finish the season with a 3-4 mark tied with Adamson.