In a vlog posted by back-up setter Benok Ancheta last month, some members of the men's volleyball team and other student-athletes had workouts in the parking area of Jhocson Residences, the designated dormitory for NU.

Most of the Bulldogs were already back in their respective provinces, but Daymil and Abdul could not book a flight to Tawi-tawi.

Ancheta, who lives in Manila, stayed due to family matters. 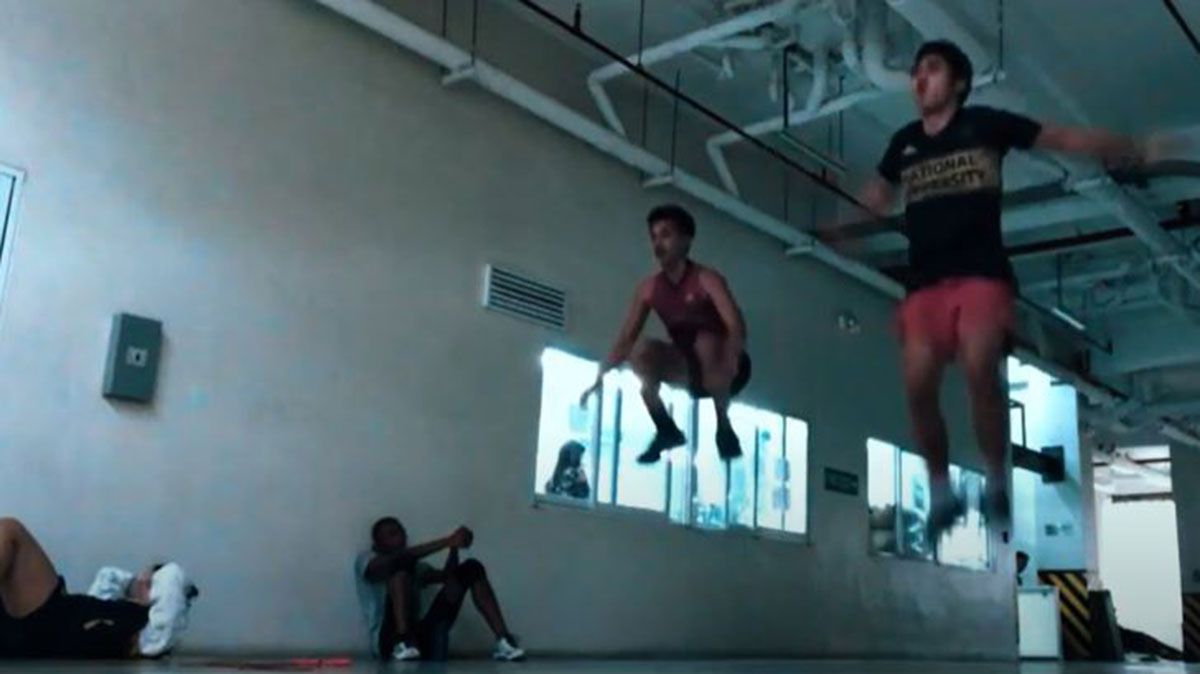 Ancheta also said in his vlog that he decided to stay for his stranded teammates.

Alinsunurin said that the last time he coached and trained the Bulldogs was still back in March before the remainder of UAAP Season 82 was scrapped due to the global COVID-19 pandemic.

The Philippine men’s volleyball team head coach has been busy this pandemic even without volleyball tournaments as a military frontliner for the Air Force.

NU has been in hot water over the alleged training of the women’s volleyball team during this quarantine after photos and videos of its players working out surfaced online.

NU athletic director Otie Camangian has previously told the Joint Administrative Order on the resumption of sports and physical activities that these athletes were stuck in the dorm since the lockdown was imposed and were unable to head back to their respective hometowns.

The school is set to submit a list of these athletes to the Department of Justice (DOJ), while the Commission on Higher Education (CHED) has already handed NU a show-cause order to explain its side.
___