THE UAAP beach volleyball tournament, particularly the women’s competition, has gained quite a following even though it's only a short tournament that is often held simultaneously with games of two rival indoor commercial leagues in the country.

Spin.ph found three reasons for the spike in popularity, and well tell you it's more than just the the joy of seeing beautiful women in bikinis frolicking in the sand.

The biggest name to hit the beach volleyball court is Alyssa Valdez, who made his debut in the event this season. She was actually set to play last year but was declared ineligible due to a technicality.

The tournament witnessed a wide-open race to the Final Four that eas topped by FEU with a 6-1 win-loss card. Ateneo, De La Salle, and Adamson, meanwhile, ended in a tie at 5-2 with the Lady Eagles and the Lady Spikers having to meet again in a playoff for No. 2.

So fierce was the competition this season that the University of Santo Tomas pair of Cherry Rondina and Rica Rivera failed to reach the Final Four after winning the title last year.

Spin.ph felt the biggest reason for the rise in popularity of the beach volleyball tournament is the move of the UAAP to play the event at the SM Sands By The Bay.

In previous seasons, the beach volleyball tournament was held at University of the East-Caloocan, a venue which was inaccessible to most fans. But with the SM Sands By The Bay just a stone throw away from the Mall of Asia, fans can stroll around the mall before catching a glimpse of their volleyball idols. 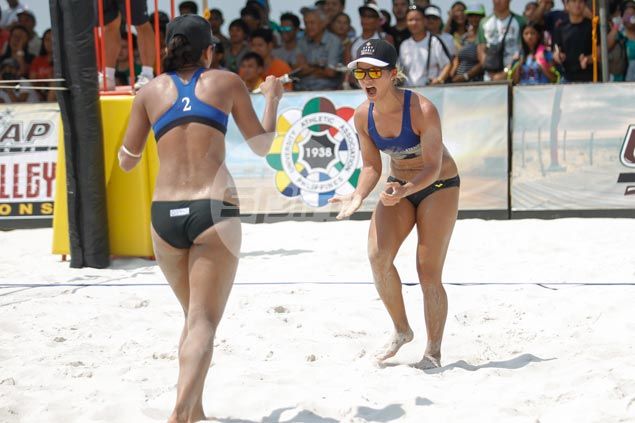