BEFORE we bid 2018 goodbye, let’s take a look back at the pro basketball and volleyball stars who put up stellar performances this year.

From individual awards and championships to accomplishments outside the sport, these athletes proved that they are truly champions. 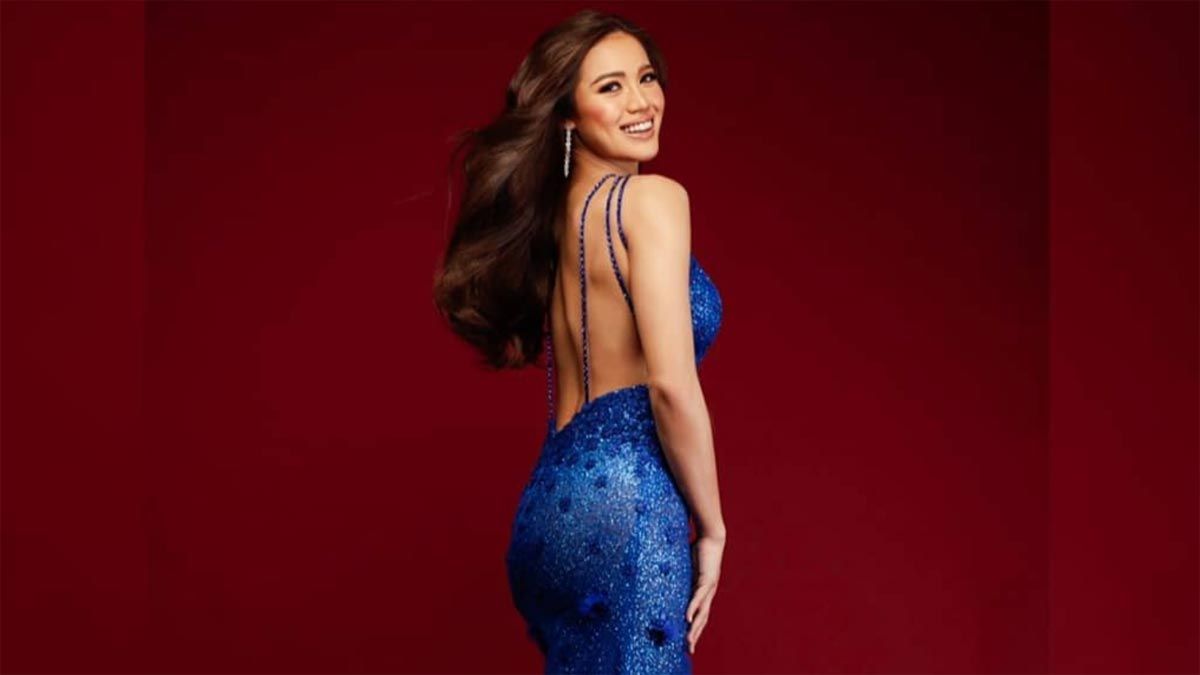 The Creamline star shined the brightest not just inside the volleyball court but on the beauty pageant stage as well.

She won the Reinforced and Open Conferences with the Cool Smashers and was crowned Miss Globe Philippines 2018. What a year indeed! 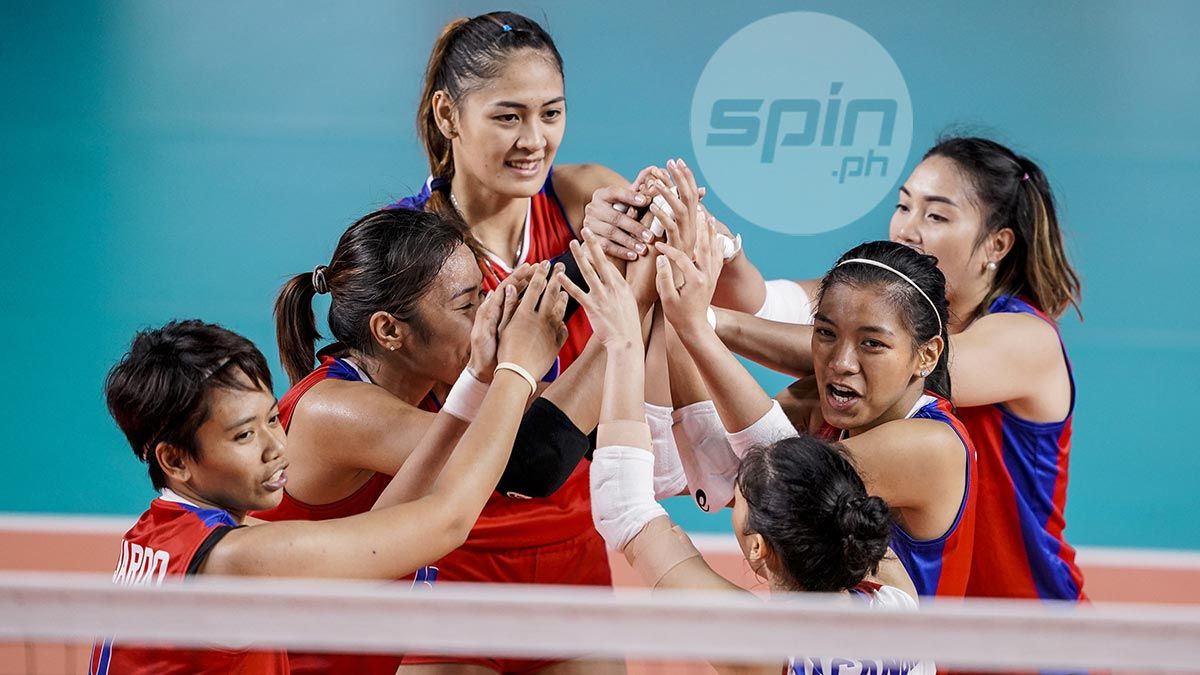 Her UAAP career wasn’t as successful as she hoped it would be when National University failed to win the title. Despite her team's loss, she still won the Season 80 Most Valuable Player award.

Santiago was again part of the national team that saw action in the Asian Games this 2018 and even got the chance to play for Ageo Medics in the Japan V-League.

A major injury stopped her from playing for the national team last year which only motivated her to improve her game. The former National University star recovered and made her way back to the national team this year.

Just like her sister, she also earned a spot in the Japan V-League with Torray Arrows.

2018 was a successful year for the Petron star. She was part of the national team that saw action in the Asian Games and the Asian Cup.

The ageless Cignal team captain proved that she’s still on top of her game. The HD Spikers finished third place at the Philippine Super Liga Invitational Conference and fourth at the All-Filipino Conference.

SPIN.ph also named her the SPIN Sportsman of the Year: Athlete Who Cares, for her charity works.

The national team campaigner once again represented the country in the Asian Games and Asian Cup. 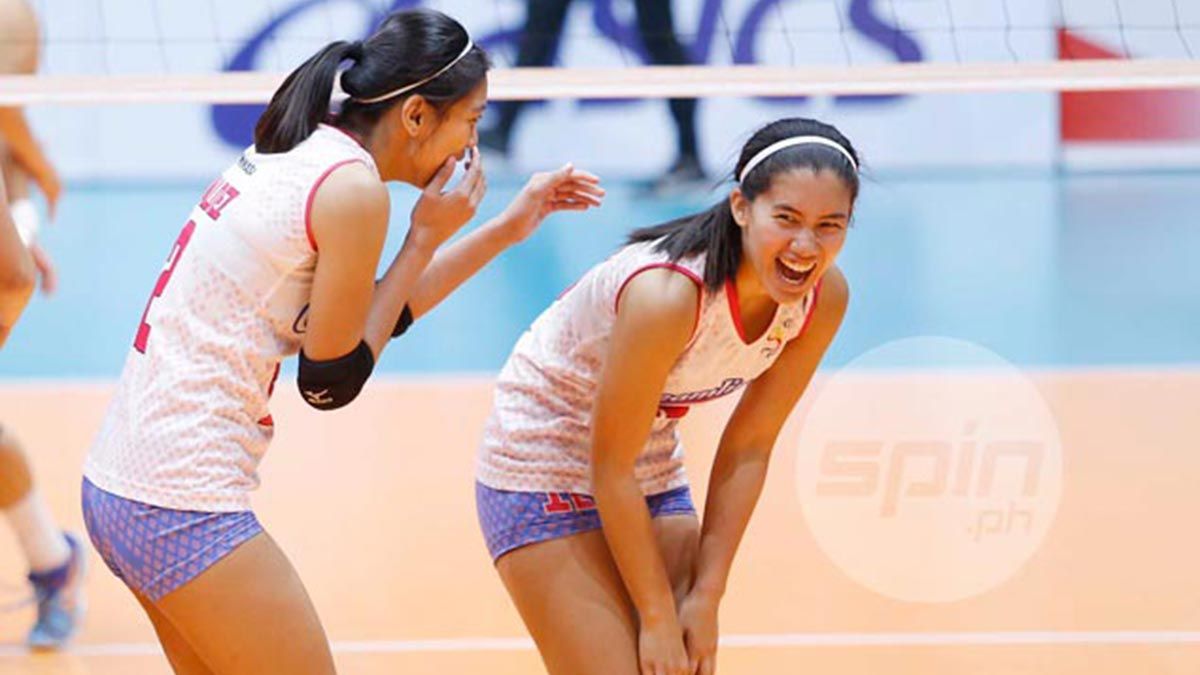 One of the country’s top setters, she saw action in the Asian Games and Asian Cup.

She won the Reinforced and Open Conferences with Creamline in Premier Volleyball League and won the best setter award for both conferences as well.

The 6-foot-10 PBA superstar stood tallest – literally and figuratively – in the hoops world this year.

The San Miguel Beer cornerstone started the year with a bang in the Philippine Cup where he was crowned Best Player of the Conference before leading the Beermen in their title run on the way to being named Finals MVP.

The pride of Pinamungajan, Cebu picked up from where he left off as he was named BPC for the second straight conference in the Commissioner’s Cup—a historic seventh Best Player of the Conference award overall.

A successful year makes Fajardo poised for another historic feat—a fifth league MVP that would put him ahead of legends Ramon Fernandez and Alvin Patrimonio.

Fajardo also made an impact on the national team as he refused to join the brawl that marred the Filipino dribblers’ World Cup qualifying game against Australia last July, making him one of the winners of SPIN.ph Sportsmanship award alongside fellow peacemakers Gabe Norwood, Baser Amer, and Troy Rike.

The Barangay Ginebra star showed why he’s arguably the best rebounding guard in the league when he hauled down crucial caroms that factored in the Gin Kings’ improbable championship run in the Commissioner’s Cup.

No rebound was bigger than his amazing defensive snatch over 6-foot-10 RoS import Reggie Johnson down the stretch that helped preserve the Gin Kings’ victory in Game Four of the semifinals, allowing them to advance to the finals against San Miguel Beer.

For his Herculean efforts, the athletic Thompson, who stands a shade below 6’1”, was named Commissioner’s Cup Finals MVP and earned a spot on this list. 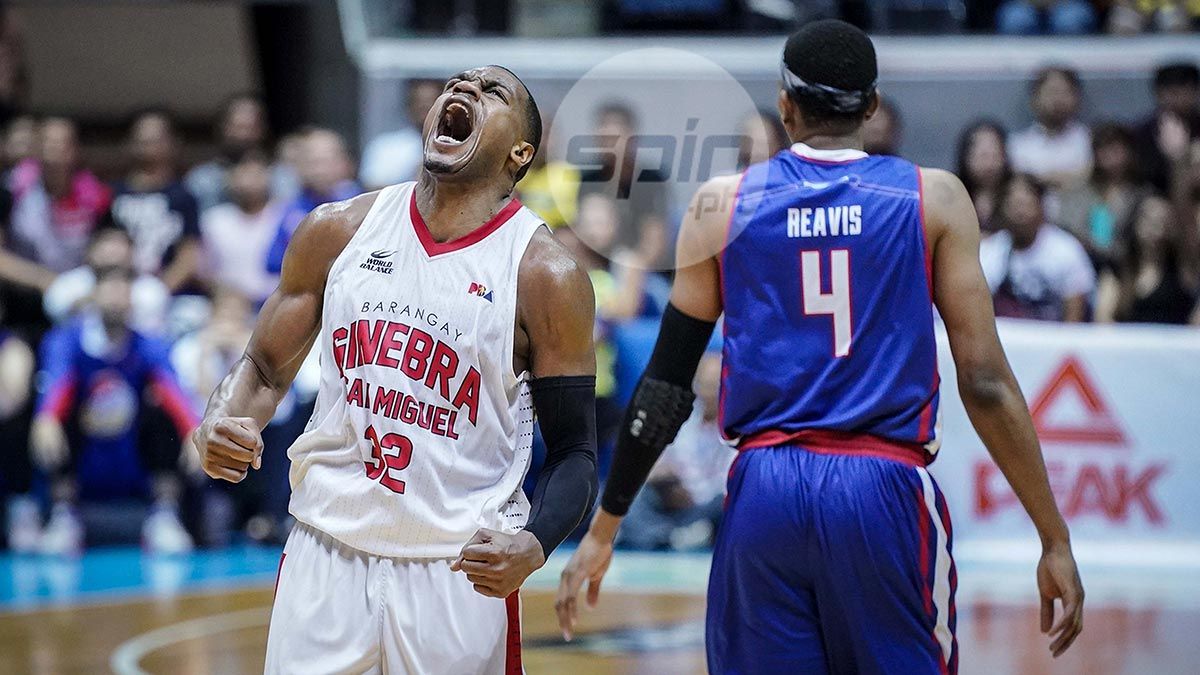 Almost everything that this guy touched this year turned into gold.

Tapped to team up with Renaldo Balkman and pump life into Alab Pilipinas’ fading ABL campaign, Brownlee delivered as he conspired with Balkman to lead Alab’s revival and eventually its first ABL crown.

A few months later, the 6-foot-5 Brownlee suited up for another tour of duty for the Gin Kings, this time in a PBA Commissioner’s Cup dominated by imports mostly four inches taller than him.

That didn’t stop Brownlee from playing beyond his height and putting on a show worthy to be named as the tournament’s Best Import before steering the fifth-seeded Gin Kings to the championship.

When it rained, it poured for the Magnolia Hotshots star this year.

Lee ended the year on a high in the PBA Governors’ Cup where he was named Best Player of the Conference before guiding the Hotshots to their first championship in four years. 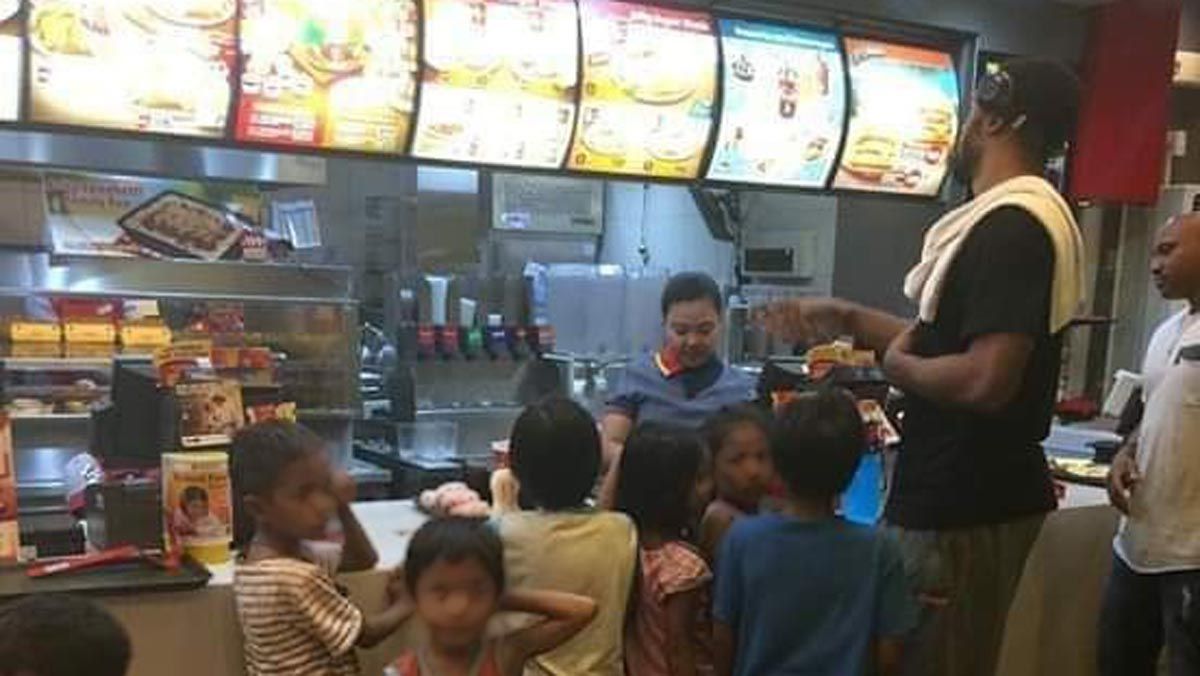 The NBA veteran showed his heart on and off the court on Philippine soil this year.

Alaska’s PBA Governors’ Cup import flashed his NBA pedigree by averaging 29.8 points and a tournament-leading 21.7 rebounds per game, on top of 2.6 assists, 1.4 blocks, and 0.8 steals in 11 games in the elimination round.

Putting up those amazing numbers while leading the Aces to a finals appearance made him the Governors’ Cup Best Import.

Off the court, the 35-year-old cager showed his compassion by treating street children to a Jollibee meal after an Aces game at the Cuneta Astrodome in Pasay. 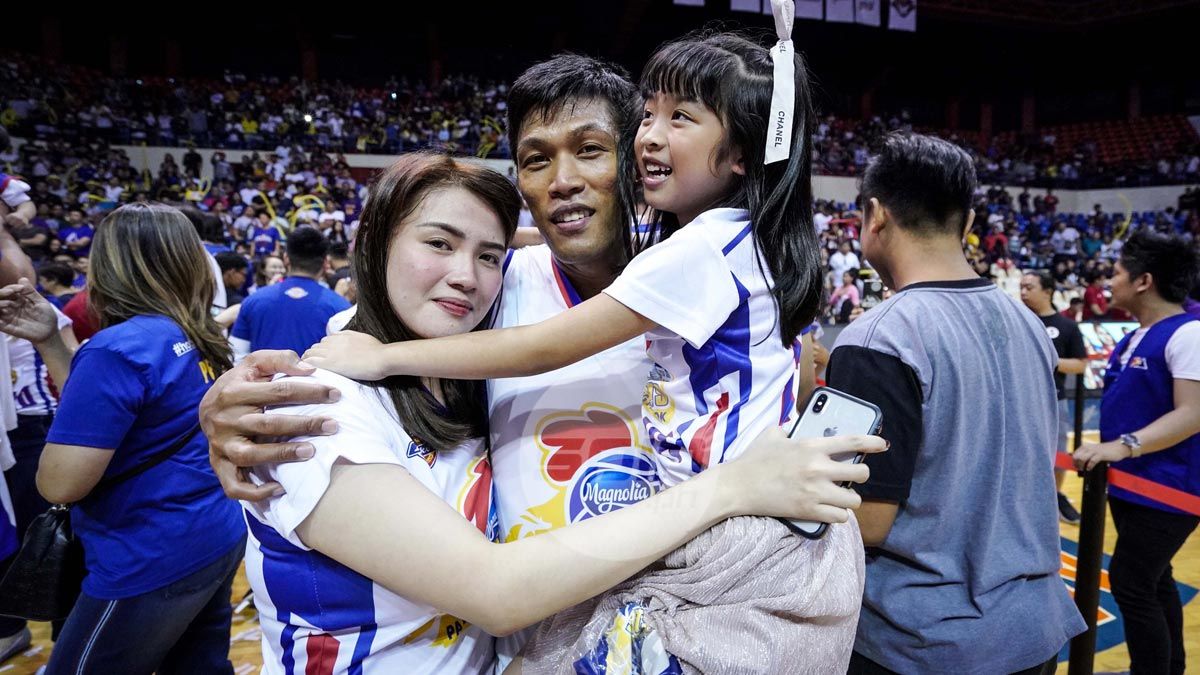 The Magnolia Hotshots playmaker earned his redemption in a Governors’ Cup Finals that saw him get slapped with a P50,000 for his hit on Alaska counterpart Chris Banchero’s groin in Game Four.

Apologizing and playing down the incident, Barroca let his actions on the court do most of the talking as he emerged as the most consistent player in the title series on the way to being named Finals MVP following the Hotshots’ conquest of the Aces.