Kantapat Koonmee's back-to-back kills capped the Thai comeback that improved their record to 2-1 and kept their semifinal hopes alive at the end of the five-set thriller at the Terminal 21 competition hall in Nakhon Ratchasima, Thailand.

Mark Alfafara and Jao Umandal gave the Philippines a 9-6 lead in the deciding set but four errors enabled the home team steal the momentum, 11-13, before Koonmee delivered the finishing touches.

The loss relegated the Philippines to the classification battle for ninth place against the Pool A cellar-dweller on Wednesday. 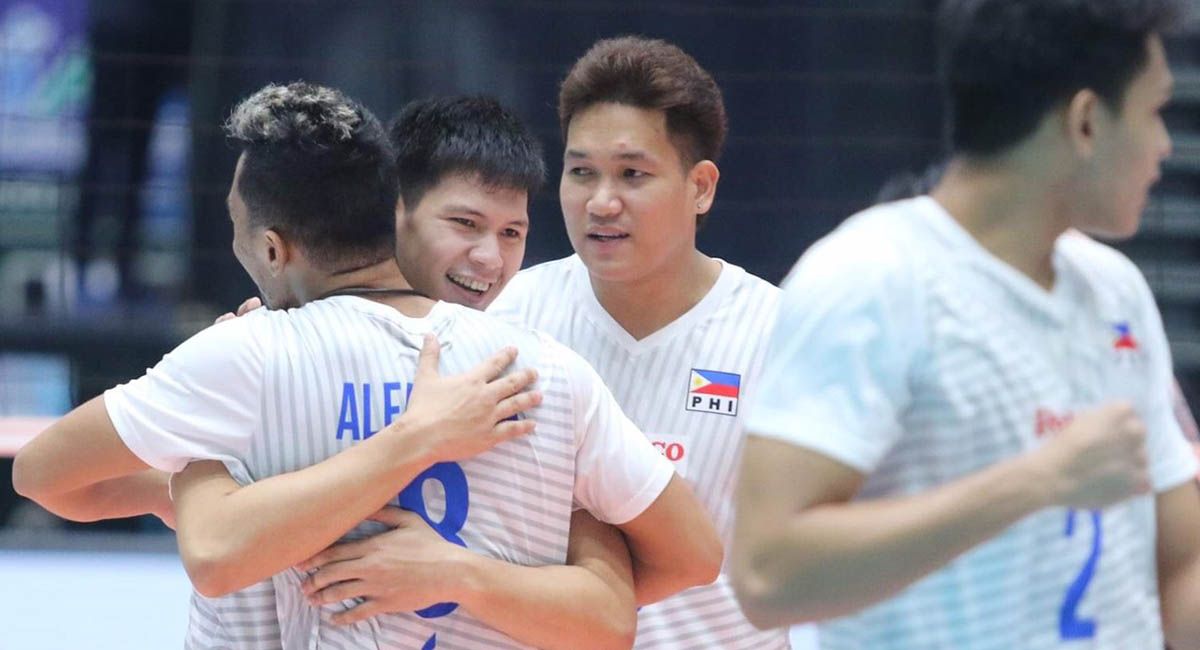 Koonmee exploded for 36 points, built on 32 attacks and four blocks, to lead the Thais’ comeback after the Filipinos gave them a hell of a fight in two hours and 43 minutes.

Diamond Food are just behind Pool B leaders Sirjan Foulad Iranian and Qatar’s Al Arabi, which were clashing for a third straight win as of posting time.

Umandal tallied another tournament-high 26 points from 23 attacks, two blocks and an ace, while Alfafara had a 23-point effort off 20 kills and three blocks for the Philippine spikers.

Team captain John Vic De Guzman was also instrumental in Rebisco’s best game in the tournament so far with 16 points. But he was subbed out in the decider for Ysay Marasigan, who scored one of his four markers in the set.

Middle blocker JP Bugaoan added eight points, including a clutch hit in the third set, where Rebisco fought back from a 16-22 deficit to take the 2-1 match advantage.