Madz Gampong and Mark Calado propelled the Monarchs in beating Sabong International Spikers, 25-20, 25-21, 25-23, to clinch the top seed in Pool B.

Dasma forged a knockout semis duel against VNS, which secured Pool A’s No. 2, on Friday.

Global Remit booked the last ticket to the Final Four stage after taking down MRT-Negros, 25-21, 25-19, 25-23, to set a do-or-die duel with unbeaten Pool A leader Go For Gold Air Force.

Better late than never for Global Remit as Joeven Dela Vega drilled 12 points off 10 kills and two blocks and Josh Villanueva provided four of his team’s 10 blocks to finish with 10 markers and barged in win column after losing their first two matches.

Alex Disquitado was also instrumental with nine points as his team forced a three-way tie in Pool B at 1-2 with Sabong International and MRT-Negros.

Global and Sabong were tied with four points in the standings but the former edged the latter with higher set ratio to steal the last semis set. Negros had the lowest points with two ending up in the fourth place of their group.

Global Remit coach Egay Rusit was glad to see the sense of urgency from his wards, who drew an excellent playmaking from Ish Polvorosa, and played inspired for injured Ron Medalla still recovering from a left knee injury from their four-set loss to Sabong International on Monday.

Matthew Salazar and Jet Nonoy led the Negrenses with 12 and 10 points, respectively. Leo Ordiales and Christian Marcelino added eight apiece only for their team to drop its second straight loss and fall in the classification battle against Pool A cellar-dweller Basilan on Thursday at 1:30 pm.

The winner of Negros-Basilan advances in the Battle for Fifth place against Sabong International on Friday. 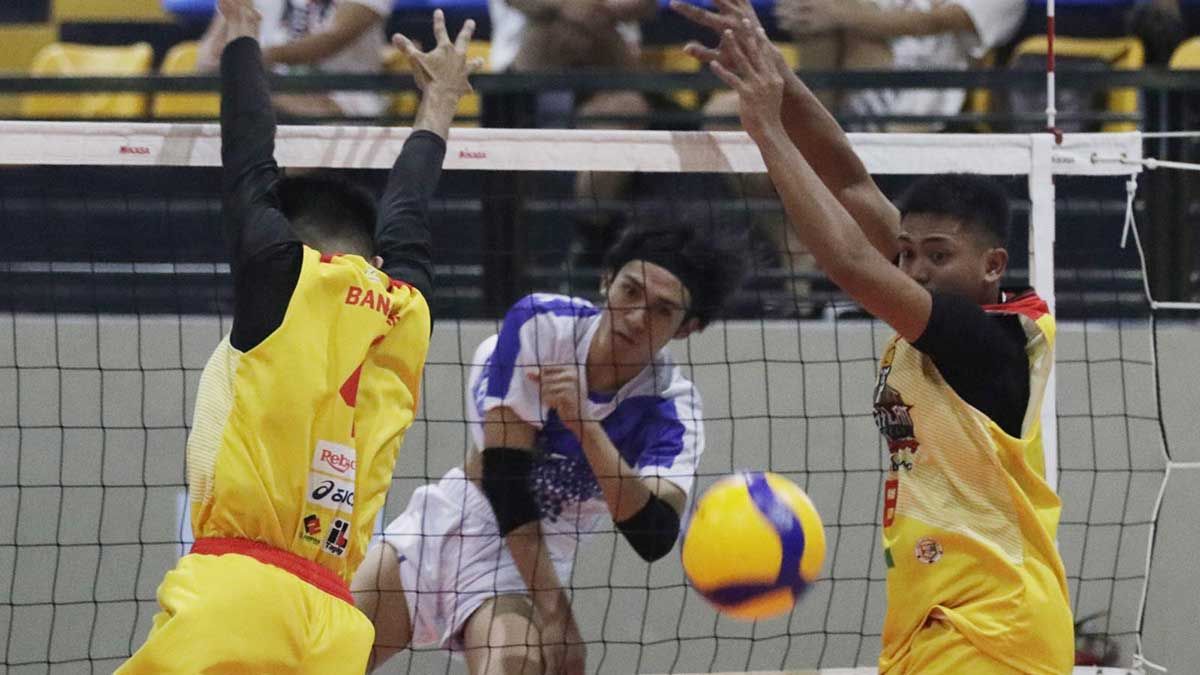 San Andres fired 10 attacks and three aces and had a great defensive effort with 13 excellent receptions and six digs. Rwenzmel Taguibolos chipped in 10 including three blocks, while setter Geuel Asia made 19 excellent sets and six digs as VNS finished 1-1 in the pool play.

Razzel Palisoc and Joshua Barrica were the only bright spots for Basilan with 12 and eight points, respectively, losing all their games in Pool A.

Sabong International couldn’t sustain its momentum in its upset on Global Remit on Tuesday as it failed to win its last pool play game. Jelord Talisayan and Charles Absin led their team with 15 and 10 points, respectively.