TEAM Dasmariñas put together a group of unheralded collegiate spikers from different schools to make a groundbreaking entry in the men’s volleyball scene.

The Monarchs, bannered by UAAP and NCAA products, who had no title experience except for National University product Madz Gampong and Perpetual Help stalwart Ronniel Rosales, defied the odds in the Philippine National Volleyball Federation (PNVF) Champions League.

These underrated individuals, led by young MVP Mark Calado, proved that teamwork makes the dream work as they overcame a Go for Gold Air Force side that has eight national team players, to capture the maiden national crown last Saturday at the Aquamarine Sports Complex in Lipa City.

Team Dasma picked up the right pieces from University of Santo Tomas standouts Jayvee Sumagaysay, Wewe Medina, Arnold Bautista and TJ Tajanlangit, Far Eastern University’s Calado and Adamson’s George Labang and Rence Melgar and Joshua Jose from La Salle, whose schools haven’t won a title in the UAAP for the past nine years.

Best Setter Kris Silang said everyone from the Monarchs squad, which also has Jerome Medallion and Earl Magadan from Emilio Aguinaldo College and Jason Canlas from NCBA, were on the same page of turning their collegiate misfortunes into a perfect title run winning all their five matches. 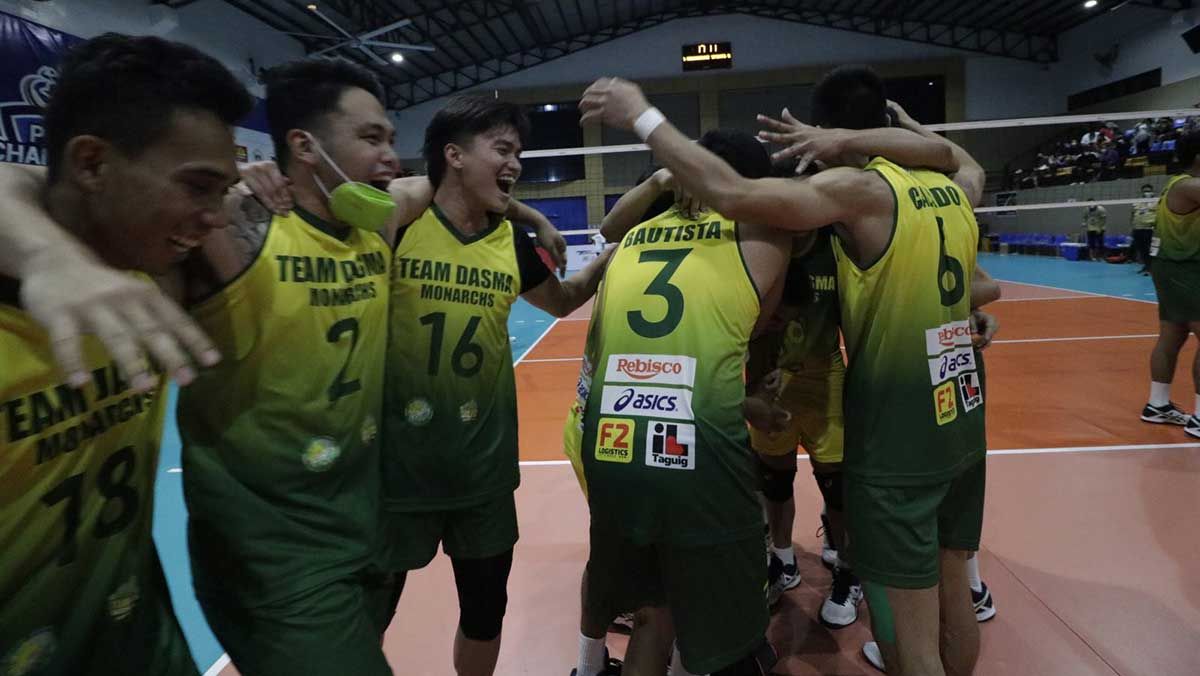 Despite coming off a two-year pandemic layoff, Dasma head coach Norman Miguel didn’t have a hard time in uniting his wards even they came from different universities.

Coming from a two-month preparation, team captain Sumagaysay was optimistic from the start that the Monarchs would achieve their goal even with the 2019 Southeast Asian Games silver medalist-laden Air Force stood in their way.

After making waves in their first tournament together with a perfect championship and four individual awards, Miguel can’t wait to see what’s in store for them in the future especially in the Asian Men’s Club Volleyball Championship in Iran next year.

“Mataas ata yung percentage na they will continue to form this team. I think in January, middle of December. Magmi-meeting na sila para sa formation ng team sa next tournament ng PNVF,” he said. “Excited kami for that Asian Club. We will just wait for the advice kung paano i-form at training.“