LIPA CITY — Team Dasma stunned Global Remit with a come-from-behind five-set win in Pool B while Go For Gold Air Force avoided the upset ax of VNS to inch closer to a semifinals berth in the Philippine National Volleyball Federation (PNVF) Champions League on Monday at the Aquamarine Sports Complex.

After committing an attack error that tied the decider at 12, Sumagaysay made up for his mistake by nailing the last three points including the game-winning block on Global Remit star Joeven Dela Vega to steal the win after two hours and 14 minutes.

Dela Vega led Global Remit with 24 points, while Joshua Villanueva and Joshua Zareno had 12 points each only for them to blow a 2-1 match lead and lost its Pool B opener.

Air Force newcomer Mark Alfafara made a rousing debut with game-high 19 points, highlighted with five blocks — including the game-winning rejection that clinched their first win after a two-hour duel.

Go For Gold tries to clinch the first semis berth against idle Basilan on Tuesday at 1:30 p.m.

Morris Gavan led the gallant stand of the Manilenos with 17 points. Benedict San Andres chimed in 13, while Rwenzmel Taguibolos had four blocks, four aces and three attacks to finish with 11 markers as many as Vince Abrot’s production. 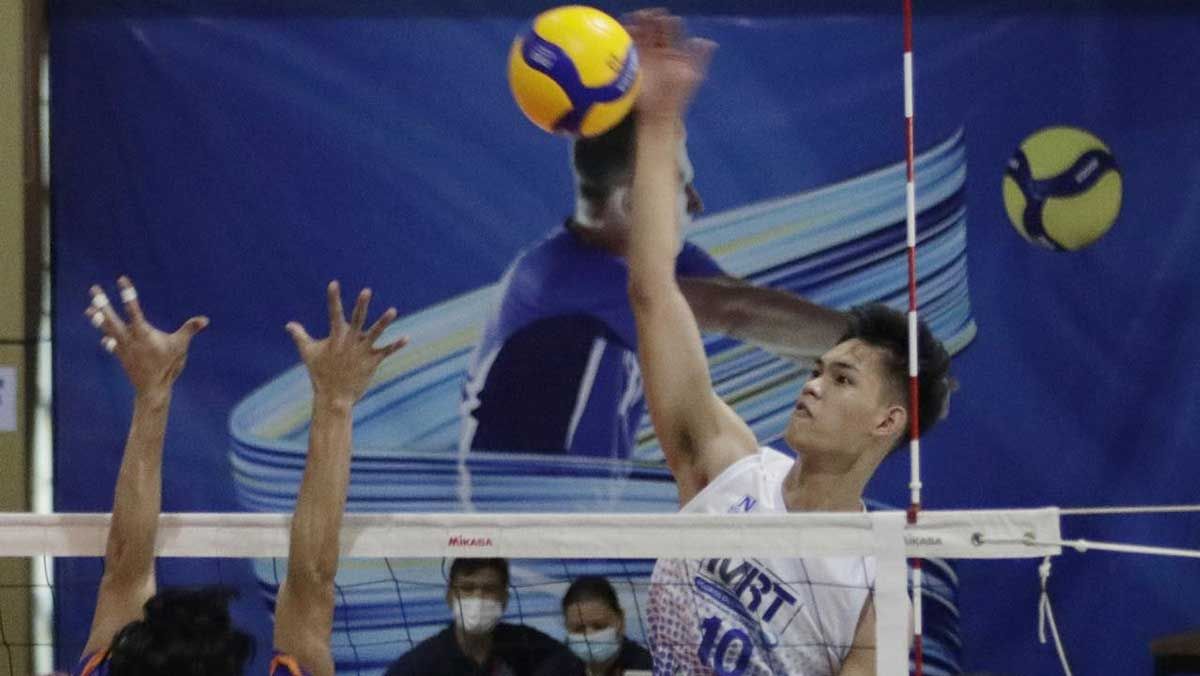 Besides Salarzon’s 18-point performance, Christian Marcelino provided the clutch attacks to reach match point, 14-12 and finished with 16 markers and 10 digs.

Jet Nonoy nailed the match-clinching spike on top his 12-point effort, while Leo Ordiales added 11 to for the joint early Pool B lead.

Sabong International failed to complete its comeback despite the 15-point effort of Charles Absin as well as Mark Rocamora and Ramil Dela Cruz, who had 14 and 13, respectively.