The Monarchs’ youngest spiker Mark Calado and former Air Force spiker Madz Gampong delivered the big hits to upset the team made up of the core of the 2019 Southeast Asian Games silver medalist to capture the maiden national title. 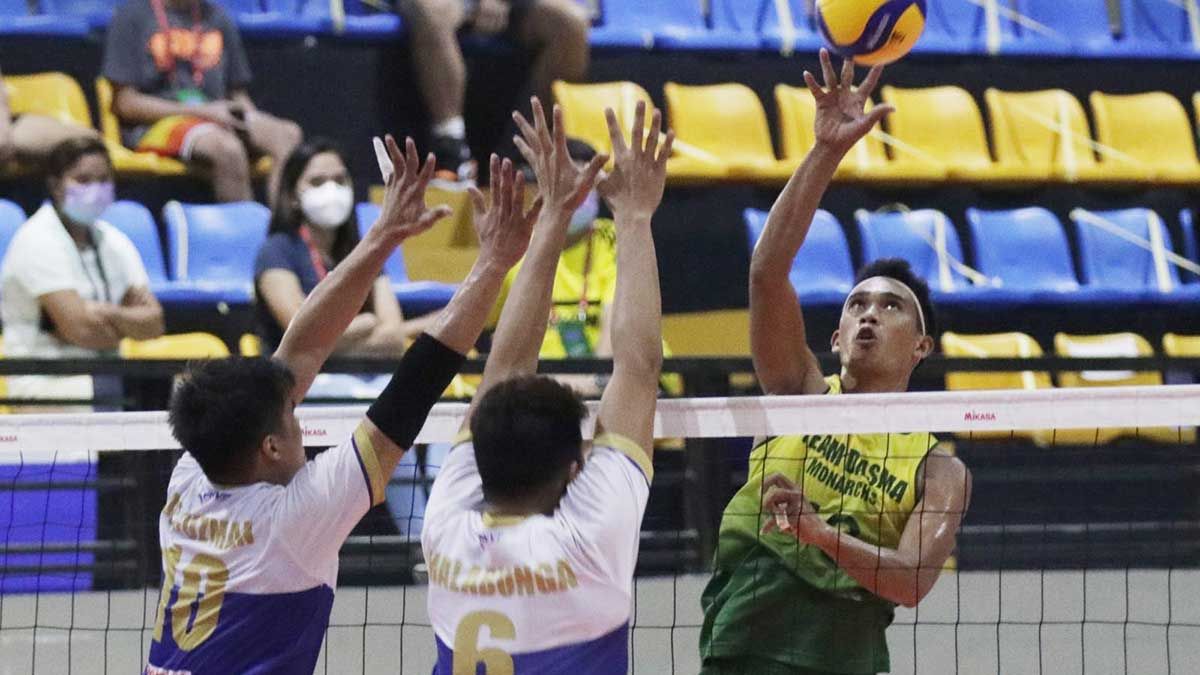 It was a total team effort for Dasma to defy the odds against the Aguilas, who have eight Philippine men’s volleyball team members, as Ronniel Rosales, Arnold Bautista and Jayvee Sumagaysay also stepped up when it mattered most.

The Dasmarinas Cavite-based club swept all of its five games from a 3-0 finish in Pool B, followed by a five-set conquest over VNS in the semifinal on Friday, where they played without coach Norman Miguel and his staff.

Rosales built a formidable net defense providing eight of the team’s 16 blocks and finished with 13 points. Gampong also scored 13 including the momentum-changing hits in the second set, while Arnold Bautista added 11 markers.

Team Dasma skipper Jayvee Sumagaysay, who had four blocks for eight points, put his team at championship point, 24-16, before Lloyd Josafat saved a point for Air Force but a service error from Fauzi Ismail surrendered the title to their foes.

The Monarchs earned the right to represent the country in the Asian Men’s Club Volleyball Championship in 2022.

De Guzman nailed 20 attacks to score 22 for the Aguilas. Mark Alfafara had 15 markers and Kim Malabunga added 11 in their lone loss in four matches that costed the championship.