Stalzer, Bell brace for hard grind as PSL limits teams to one import each

RETURNING imports Lindsay Stalzer of F2 Logistics and Kat Bell of Petron are bracing for a bigger challenge after the Philippine Superliga (PSL) Grand Prix limited each team to one import this season.

For the past six years, PSL has featured two imports for each side and even allowed three foreign players including a non-scoring reinforcement last 2018.

“This was done to give more exposure to the local players, to have more exciting games and not be dominated by very two strong hitters,” said PSL president Dr. Ian Laurel. “This will provide more parity and will provide better challenge for our local players.”

That should pose a new challenge for returning imports Stalzer and Bell, who became used to playing with at least one fellow foreign player in the past years.

“Definitely. I think, when there’s two imports, if one is having an off day, you can rely on the other to kind of pick the other one up,” said Stalzer, who is returning to the PSL for the seventh straight year. 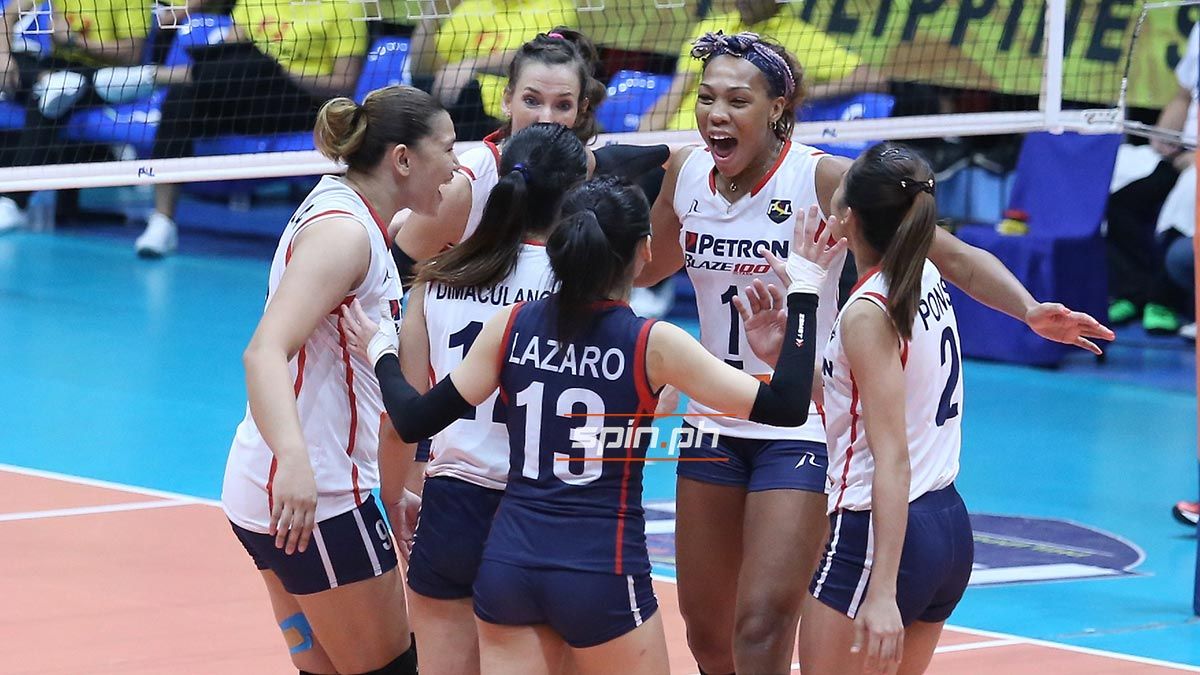 Stalzer, who teamed up with MJ Perez last year, admitted that more pressure awaits her as the lone import of F2 Logistics. But thanks to their intact core bannered by Kalei Mau, Aby Marano, Majoy Baron, Ara Galang, Kianna Dy, Kim Fajardo and Dawn Macandili.

“With only one import, there’s a lot of pressure on that one import. Fortunately for me, I think I have a great backup and a great team behind me picking me up and pushing me in each game,” the league’s two-time MVP said.

Bell won’t have reigning MVP Stephanie Niemer by her side as Petron eyes a third straight Grand Prix title. The American import will also have a new coach in Emil Lontoc and new teammates after an offseason shuffle.

She's getting ready for the hard grind ahead.

“I think what’s important is staying healthy, staying strong, so right now I’m running two to three miles per day, lifting weights before practice, and then do three-hour practice with the team,” she said.

“I also had meetings with the team, I told them that I can’t do it all by myself. But when the score is 22-all or 23-all, give me the ball.”

Besides rival imports Bell and Stalzer, other six teams are showcasing new reinforcements to pull off a surprise this season.

The new GP season opens on Saturday at the Arena in San Juan City with Petron opening its title-retention bid against Generika-Ayala at 5 p.m., followed by the showdown between new-look Sta. Lucia and rebuilding PLDT.