CAGAYAN DE ORO — Behind the intense five-set duel of PLDT and F2 Logistics, coaches Roger Gorayeb and Ramil De Jesus had precious time to catch up on Saturday at the Corpus Christi Gym here.

Gorayeb finally scored his first win against De Jesus and F2 Logistics since transferring in the PSL last year.

But what makes him happier is they had a chance to catch up during their out-of-town duel. 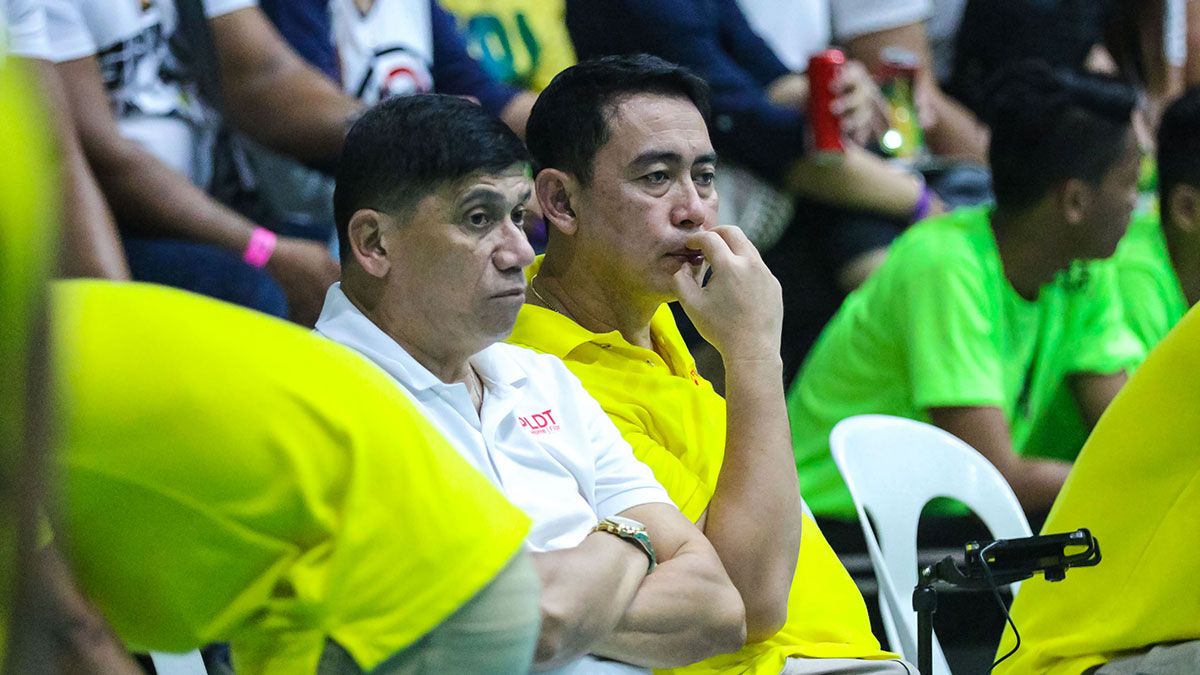 Before the match started, Gorayeb joined De Jesus at F2 Logistics’ bench and had a pep talk while their players are warming up.

The match was stopped in the third set for an hour due to air-conditioning malfunction at the venue with both squads returning to their respective locker rooms.

Thirty minutes after the match was stopped, air-condition was restored and the players warmed up again. Gorayeb returned to F2 Logistics’ bench to continue his talk with his on-court rival and old friend De Jesus while they were waiting for the officials to resume the match.

Gorayeb and De Jesus were reminiscent of their times together with the late Nes Pamilar.

Gorayeb is just glad that all is well between them now.

The two coaches started the Ateneo-La Salle volleyball when Gorayeb steered the Lady Eagles to back-to-back Finals appearances in UAAP Season 74 and 75.

They rekindled their rivalry in the Philippine Superliga last year when Gorayeb and his squad transferred.