THE Philippine Super Liga board on Thursday filed a complaint of qualified theft against former league president Tats Suzara at the National Bureau of Investigation in Manila.

The PSL filed the complaint against Suzara and Don Caringal, the league'sformer finance director, alleging 'irregular and unauthorized disbursements of company funds.'

In a statement read by PSL vice president Dr. Ian Laurel, irregularities were discovered after a comprehensive audit conducted by an independent auditor hired by the PSL.

Laurel stressed that the PSL board has tried its best to talk to Suzara and Caringal but to no avail.

“We tried to really exhaust all efforts by giving them notices to attend board meetings especially when it came to those financial aspects and the audit report but sad to say they did not cooperate, they did not attend,” said Laurel.

“Therefore, we did not hear their side. They cannot tell us that we did not give them a chance to solve it internally, and now we are left with no choice but to seek legal help,” he added.

Laurel declined to go into specifics when asked about the amount involved, only saying, "Malaki."

Laurel, who’s also a long-time friend of both Suzara and Caringal, admitted that they filed the case "with a heavy heart."

“Naging mahirap, napakahirap para gawin ito pero parang kailangan naming gawin. No question about it, the board was unanimous in deciding that this is something that has to be done."

Suzara stepped down from his post in May while Caringal resigned as early as January after the audit was released. 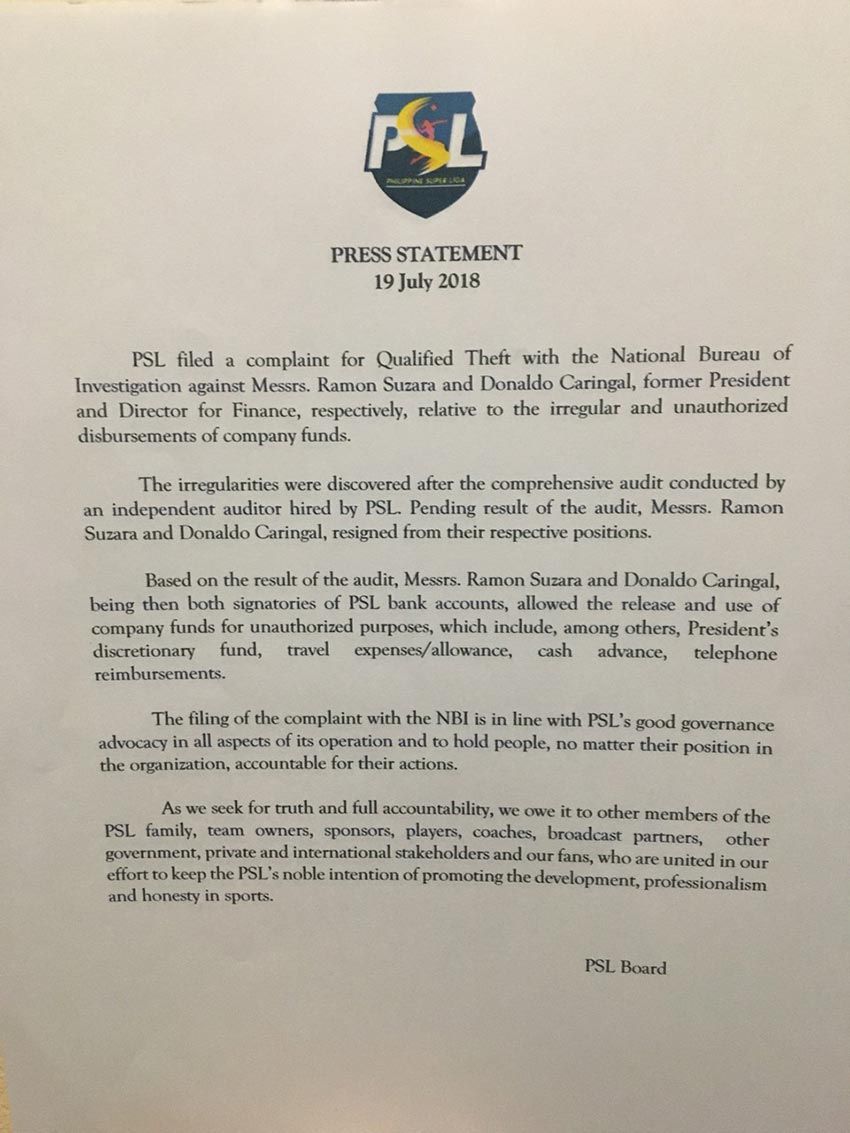