PETRON continued to miss on the Philippine Superliga Invitationals championship as it sustained another heartbreaker even in the shortened tournament.

In the franchise’s six indoor volleyball crowns, three were from Grand Prix and as many as All-Filipino titles, excluding three Beach Volleyball Cup championships, as the Invitationals crown remained elusive for Petron after falling to F2 Logistics, 22-25, 19-25, 25-17, 25-22, 12-15, on Thursday at the Ynares Sports Arena in Pasig City.

Fueled by the troika of Aiza Maizo-Pontillas, Sisi Rondina and Bernadeth Pons, Petron fought its way back from a two-set deficit only for F2 Logistics to catch fire in the fifth set and got the lucky breaks of the endgame. 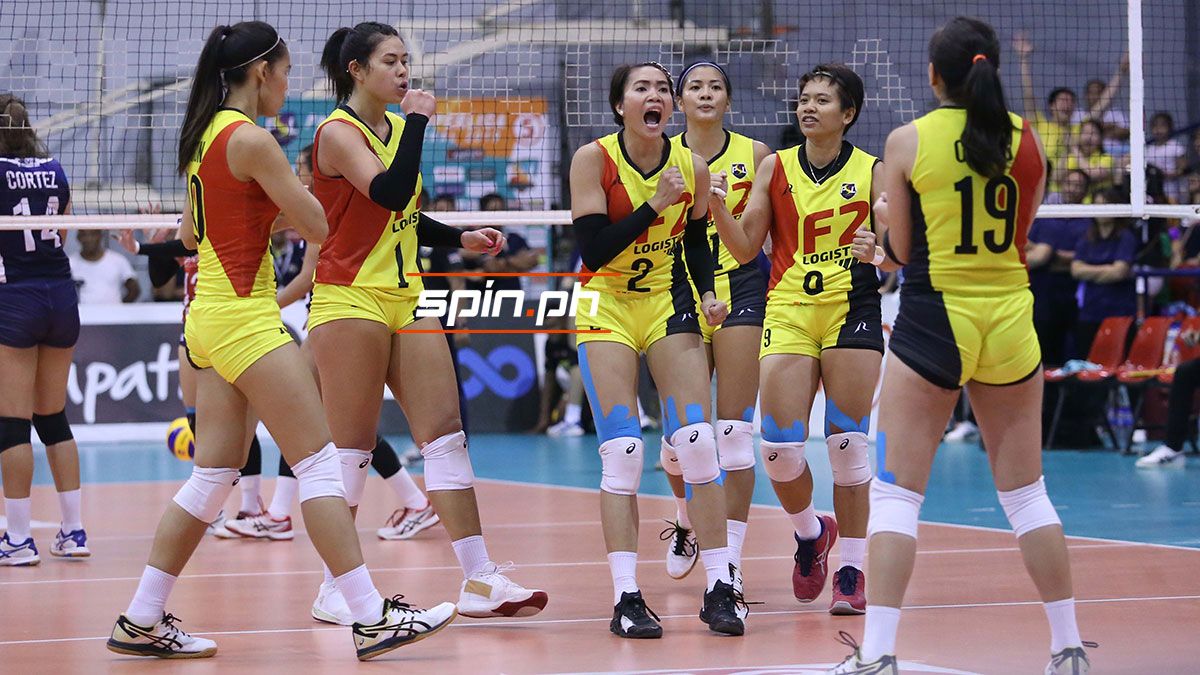 Despite missing injured Mika Reyes and Rhea Dimaculangan seeing limited action, the Blaze Spikers still swept their way to the Finals, winning all their six elimination games and Foton in the knockout semifinals, only to lose the match that mattered most.

Unlike last year’s success when they won two out of three conferences, Petron only won in the Grand Prix led by super imports Kath Bell and Stephanie Niemer, settled for bronze medal in the All-Filipino as it blew a twice-to-beat edge in the semifinals to Cignal, before ending the season with a heartbreaker to F2 Logistics.

It wasn’t the result they wanted but Delos Santos is still proud of his wards as he promises to bounce back next PSL season.

But for now, Delos Santos has no time to grieve on their loss as he shifts his focus to the women’s national team’s Japan training camp on Sunday before joining the PSL Super Cup in November and campaign in the 30th Southeast Asian Games from Nov. 28- December 11.