Venue blackout no barrier as Generika-Ayala rallies vs Marinerang Pilipina

GENERIKA-Ayala overcame a first-set loss and a venue blackout late in the fourth frame before beating winless Marinerang Pilipina, 23-25, 25-18, 25-12, 25-20, to stop a two-game skid in the Philippine Superliga All-Filipino Conference on a rainy Tuesday night at the Muntinlupa Sports Center.

Coming off back-to-back losses to Petron and Foton, the Lifesavers needed a wake-up call as they lost the first set to the Lady Skippers, who saw their 24-19 lead get trimmed to just one, only for Mean Mendrez to commit a crucial service error that dropped the opening set.

Fiola Ceballos, Angeli Araneta, Patty Orendain and Meneses finally showed their top performance to stop the woes of Generika-Ayala, which took control of the succeeding sets for an improved 6-4 win-loss record at the fourth seed.

Ceballos nailed 18 attacks for 19 points leading the Lifesavers. Orendain had 16 points on top of 21 digs and six excellent receptions. Araneta and Meneses added 14 and 10 markers, respectively. 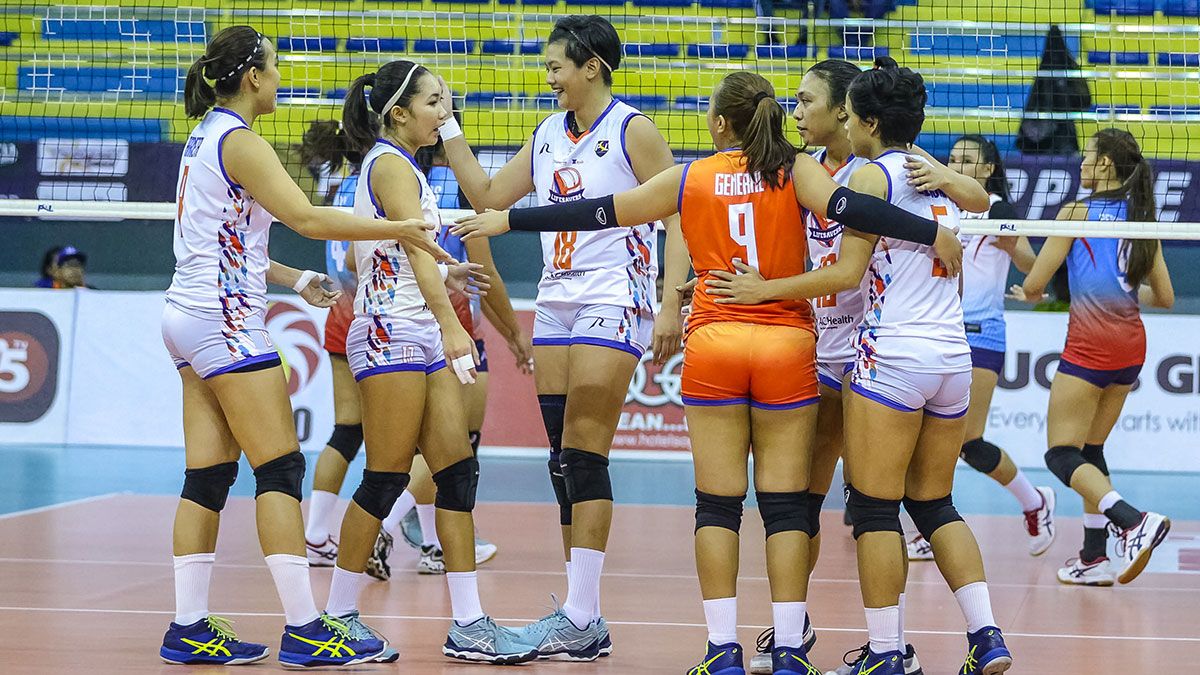 Generika-Ayala held a 19-16 lead in the fourth set but the match was stopped for 20 minutes as the venue lost power.

When the match resumed, Ceballos and Meneses pulled the Lifesavers away for a 22-16 lead but Judith Abil sparked the Lady Skippers trimming the deficit to just three, 23-20, only for the team to commit a net touch before Gabarda delivered the match-winning drop.