FIOLA Ceballos showed the way for Generika-Ayala, escaping Cignal’s late comeback scare, 26-24, 19-25, 26-24, 18-25, 16-14, for the solo third place in the Philippine Superliga All-Filipino Conference on Saturday at the Arena in San Juan City.

The Lifesavers pulled away from a see-saw battle in the fifth set as Yeye Gabarda capped a 4-0 run with a superb hit to reach match point, 14-11, before Rachel Anne Daquis saved a point with an attack of her own.

Ceballos was trying to close out the match but she was blocked twice by Cignal’s 6-foot-2 setter Alohi Robins-Hardy forcing a deuce. 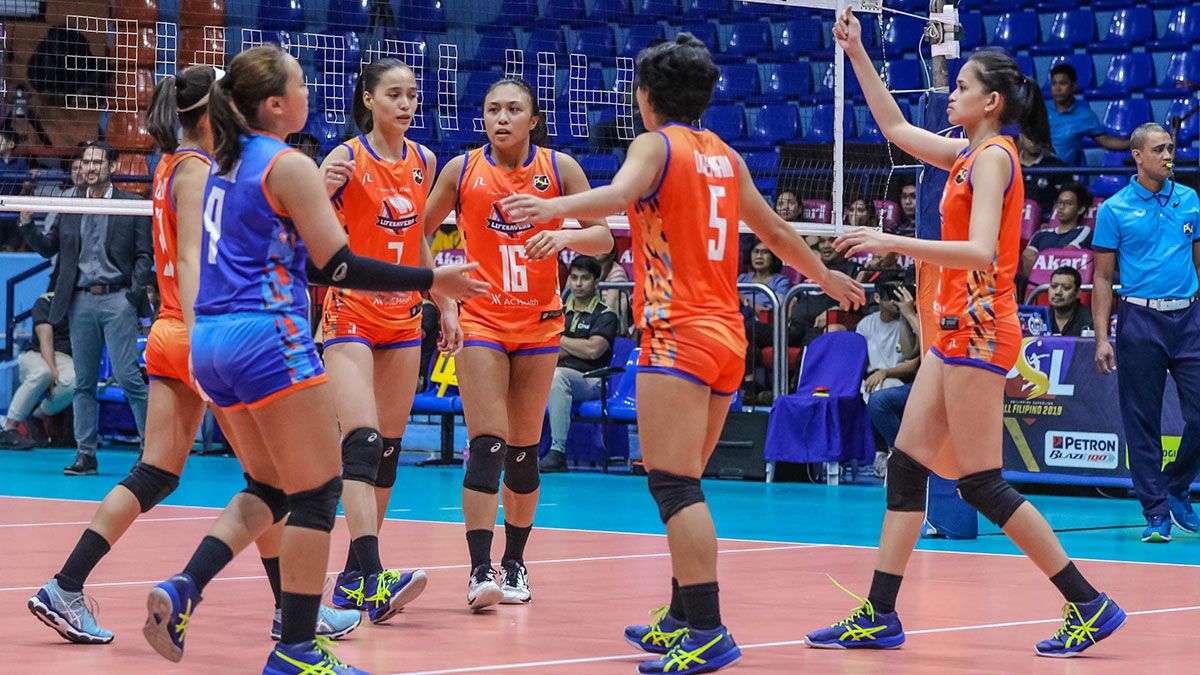 But Ceballos never wavered finally nailing a kill over Robins-Hardy for the match point, 15-14, followed by an anti-climactic ending as Mylene Paat committed a crucial attack error, which was challenged by Cignal coach Edgar Barroga but the ball was clearly out.

Daquis had 20 points for the HD Spikers. Robins-Hardy had an all-around performance with 15 points, highlighted by six blocks, dished out 30 excellent sets and had 23 digs but failed to complete their comeback win.

Jovelyn Gonzaga and Roselyn Doria added 13 and 10 points, respectively. Jheck Dionela put up 31 digs and 19 excellent receptions only for Cignal to drop with a 6-6 card staying at fifth place.

Cignal stayed at fifth place with a 6-6 card.