F2 Logistics played like a well-oiled wrecking machine to sweep Cignal, 25-14, 25-16, 25-19, in Game Two of the best-of-three Finals series and capture the Philippine Superliga All-Filipino Conference championship on Tuesday at the Mall of Asia Arena.

The Cargo Movers made sure there would be no more comeback for the HD Spikers this time, as they brought out the brooms, dominating in just three sets.

Kalei Mau, the difference-maker for F2 Logistics this conference, fulfilled her promise to win the All-Filipino title for the franchise with an unstoppable performance.

Besides the Filipina-American hitter, the Cargo Movers unleashed a balance attack from Kianna Dy, Majoy Baron and Ara Galang to finally end a three-year title drought in the All-Filipino Conference. 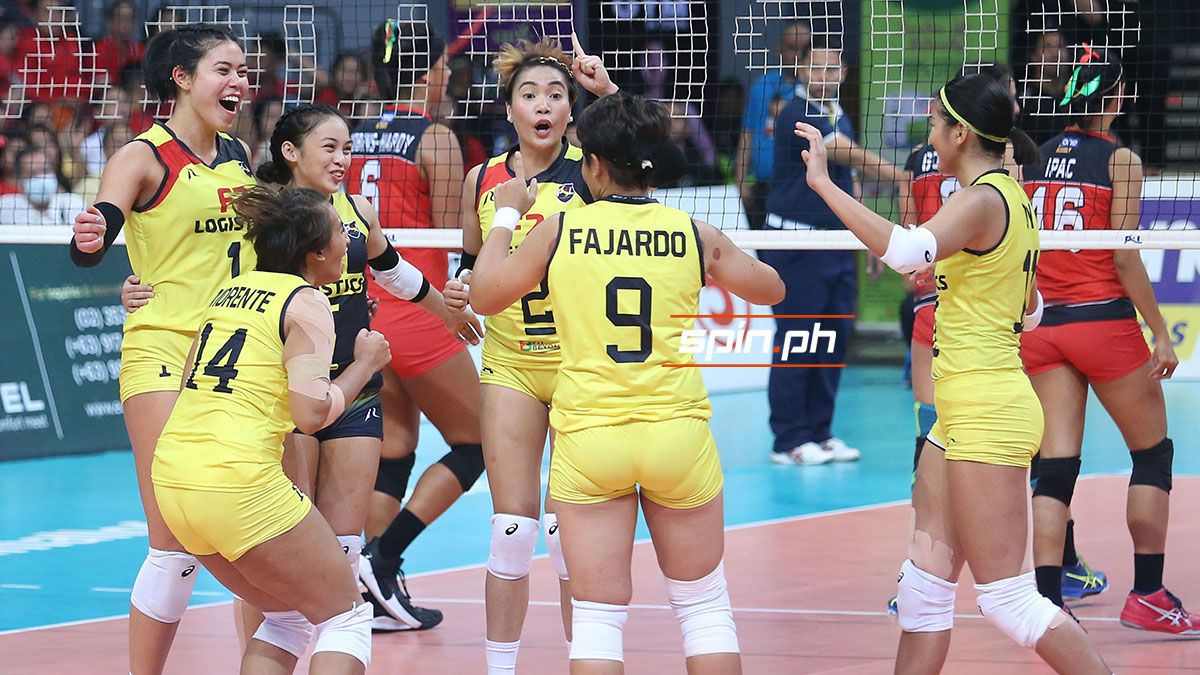 Mau, who consistently led the way for F2 Logistics right from her first game, delivered a tremendous 19-point performance off 17 kills, a kill block and an ace.

Dy saved her best game in the championship with 13 points built on nine spikes and provided four of the eight team blocks, while Baron and Galang added six markers apiece.

Kim Fajardo dished out 19 excellent sets and 10 digs, while Dawn Macandili had 20 digs.

Nobody scored in double figures for Citnal with Jovelyn Gonzaga leading the way with nine markers, while Alohi Robins-Hardy had 20 excellent sets, 12 digs and seven markers.

Rachel Anne Daquis struggled with six points as the HD Spikers ended their conference with a silver medal.