CIGNAL head coach Edgar Barroga admitted that he was caught off guard when his team failed to renew his contract due to the economic crisis caused by Coronavirus pandemic.

With the health crisis affecting the country’s economy and prohibiting the staging of Philippine Superliga and other sporting events, Barroga’s four-year stint with the HD Spikers has come to an end with his contract expiring on Tuesday.

“Honestly, I was shocked and caught off guard when they told me that they will no longer renew my contract,” said Barroga, who started as team manager in 2016 and took charge as head coach in 2018, in a phone call with SPIN.ph.

The situation broke Barroga’s heart as he already treated the HD Spikers like his own daughters and he has high hopes on winning a PSL title after an inspiring silver medal run in last year’s All-Filipino Conference.

Although the Grand Prix was cut short last March due to Enhanced Community Quarantine, the HD Spikers, led by Rachel Anne Daquis and Jovelyn Gonzaga, remained committed to their home workouts and zoom meetings.

“The training we implemented during the Enhanced Community Quarantine was very hard and challenging. Conditioning and ball training naka prepare yung papagawa ko sa kanila and everyday nag send ng workout videos yung players,” Barroga said. “Every night naman, I would hold a meeting with the coaches regarding each of the players’ performance for the day.”

“So I am sure the girls improved a lot. And that I am proud of. During my time with the team, nag improve din yung chemistry and naging family yung turing ng isa’t isa,” he added. 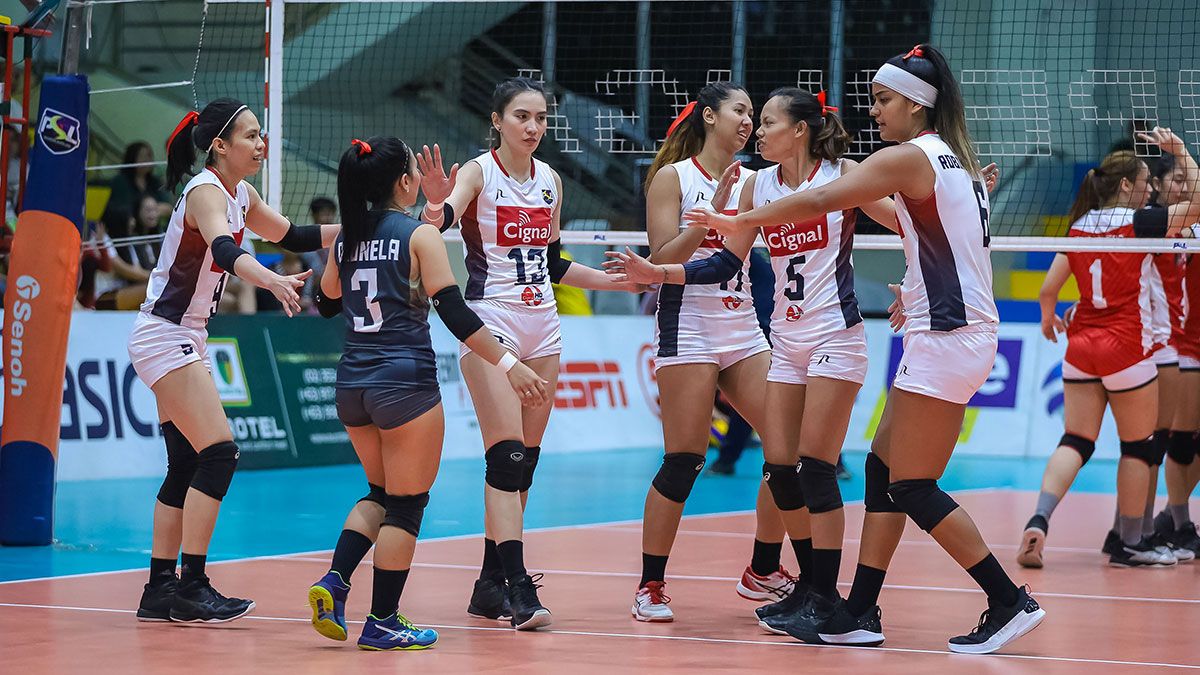 The HD Spikers had an emotional online meeting led by Daquis after learning the heartbreaking development.

Barroga received heartfelt messages from his players but he admitted that he is not yet ready to say goodbye to them.

It was an unfortunate break-up but the Cignal coach encourages his players to continue striving for the elusive PSL championship and stay strong in these trying times.

“So I messaged them to be strong and trust the Lord. Sabi ko galingan nila and ipakita yung hirap na naranasan nila nung magkakasama kami,” he said.

Team manager Ken Ucang will temporarily take charge for Cignal, while Barroga will concentrate to his boys volleyball team in Nazareth School of National University.