Baby steps for Dindin Santiago-Manabat in comeback from knee surgery

DINDIN Santiago-Manabat made her much-awaited comeback for Foton in the Philippine Super Liga Grand Prix on Thursday night, although it was no more than a cameo appearance.

The former National University star played his first game in almost a year after recovering from an ACL injury on her left knee, but Santiago herself admitted that she isn't mentally ready.

Physically she's ready, Santiago admitted, but the 24-year-old said she has yet to get over the trauma from that moment when she twisted her left knee after an awkward landing late in a win over Sta. Lucia in March.

"Move on na tayo sa next challenges in life.” 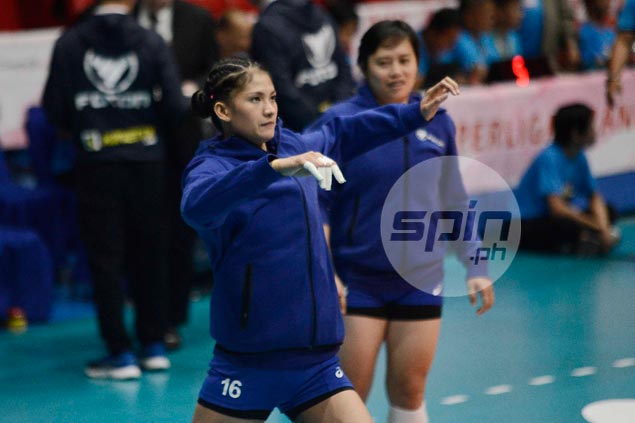 Foton coach Moro Branislav said he knew that Santiago wasn’t 100 percent ready, but he decided to give her a runout nonetheless to boost her morale.

“Dindin is not yet ready,” said the Serbian mentor. “This is not the chance (for Dindin to be exposed), for this match (it was a good) psychologically for Dindin.”

Branislav expects Dindin to go full throttle in the next PSL tournament, when Foton anticipates to be without her younger sister Jaja Santiago.

“But this is life, maybe next Grand Prix Dindin is ready,” he added. “Jaja won’t play in the Grand Prix (due to the UAAP) and maybe Dindin will replace her.”