The HD Spikers showed that height is might as their 27-4 blocking advantage kept them afloat against the late comeback scare of the Power Hitters.

Despite missing Mylene Paat due to sore left knee, middle blockers Ranya Musa and Roselyn Doria were also part of the block party as they chipped in 11 and nine points, respectively, as well as setter Alohi Robins-Hardy, who had 26 excellent sets and eight markers.

Cignal improved to 7-6 win-loss record at the fifth place bouncing back from last Saturday’s five-set loss to Generika-Ayala. 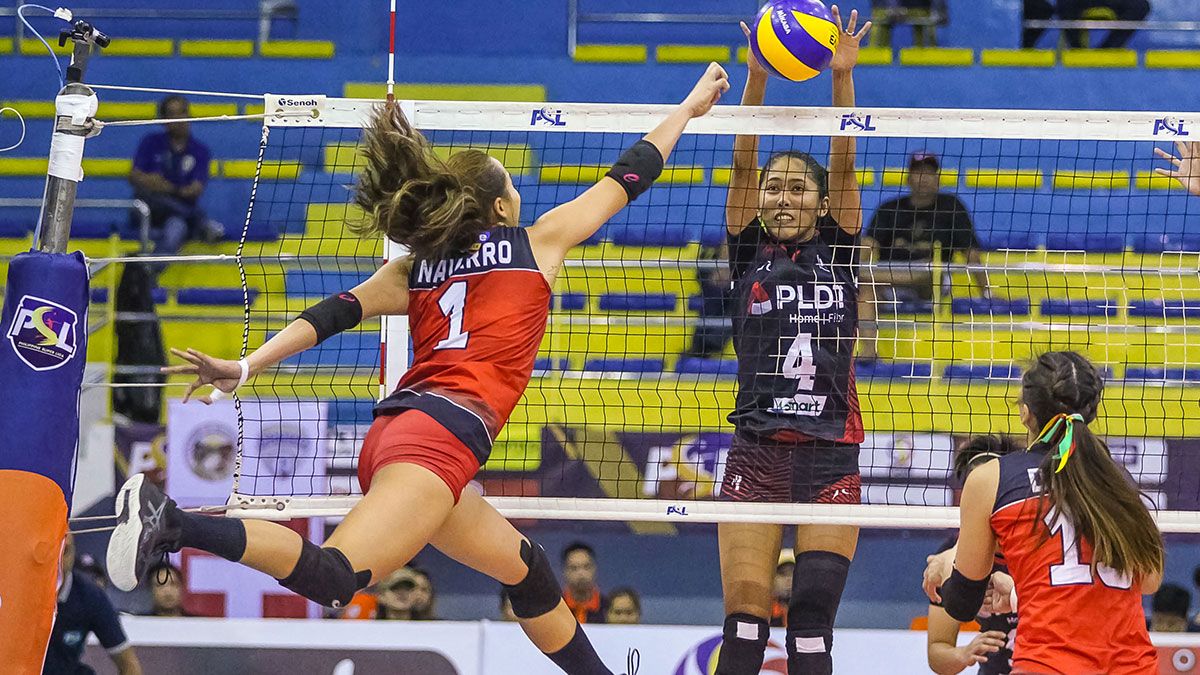 The HD Spikers had a chance to close out the match in the fourth frame but the Power Hitters forced a decider, where they fought neck-and-neck until the first technical timeout.

From tied at 7, Cignal unleashed a 6-1 run capped by Navarro’s block on Aiko Urdas for a 13-8 breather before she put the team at match-point with a running kill, 14-9, followed by Gonzaga’s game-winning hit.

Urdas led PLDT with 16 points. Grethcel Soltones had 15 points, 33 digs and 13 excellent receptions, while Jerrili Malabanan added 14 markers only for their team to reel at No.6 with a 4-8 record.