Third time's the charm for the HD Spikers, forcing their third five-set duel against the Blaze Spikers in the conference, losing the first two preliminary matches but won the match that mattered most.

Daquis delivered the match-point clinching attack, 14-10 and the block that forced a semis decider on Thursday at the Arena in San Juan City. 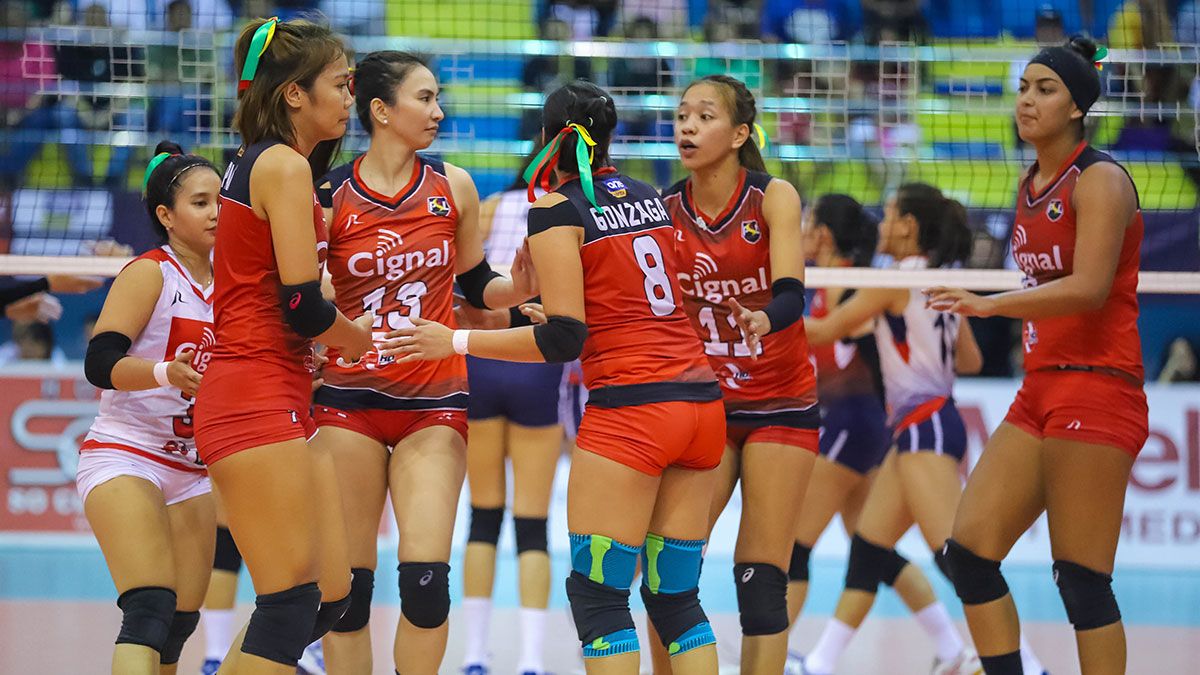 Daquis finished with 21 points built on 14 kills, five blocks and a pair of aces. Jovelyn Gonzaga also powered Cignal’s comeback, especially in the fourth set, as she had 15 points and 23 digs to stop Petron’s 12-game winning streak.

Setter Alohi Robins-Hardy dished out 26 excellent sets and had nine points. Mylene Paat was also instrumental with nine markers as well as fellow role players Roselyn Doria and Ranya Musa, who had eight points, and Janine Navarro scoring four of her seven markers in the fifth set.

After taking the opening set, the HD Spikers got dominated by the Blaze Spikers in the second and third frame falling on the brink of elimination in the fourth, trailing 15-21.

But they were never wavered especially Gonzaga, who embarked their comeback in the fourth set and put her team at set point, 24-23, before Petron forced two deuces. But Daquis nailed an attack and ace to force the fifth set.

Cignal waxed hot in the fifth set with a 6-2 start but Aiza Maizo-Pontillas and Sisi Rondina kept Petron afloat just behind by two, 9-7.

Robins-Hardy restored the order for the HD Spikers with a drop ball and ace followed by Gonzaga’s off-speed for a 13-9 breather before Daquis nailed the finishing touches that concluded the two-hour and 41-minute duel.

Pontillas and Rondina had 22 and 20 points, respectively, to lead Petron. Bernadeth Pons chipped in 17 points and 21 digs, while Mika Reyes added 12 markers only for their team to fall on the brink of elimination.