After pulling-off a come-from-behind five-set win last Tuesday in Muntinlupa, the HD Spikers’ composure was tested this time as the Blaze Spikers erased their two-set lead with Ces Molina sparking the comeback to force a decider.

But the tandem of Jovelyn Gonzaga and Rachel Anne Daquis, once again, worked wonders as they came to the rescue in the fifth set to lead an 8-0 run for an 11-4 spread. 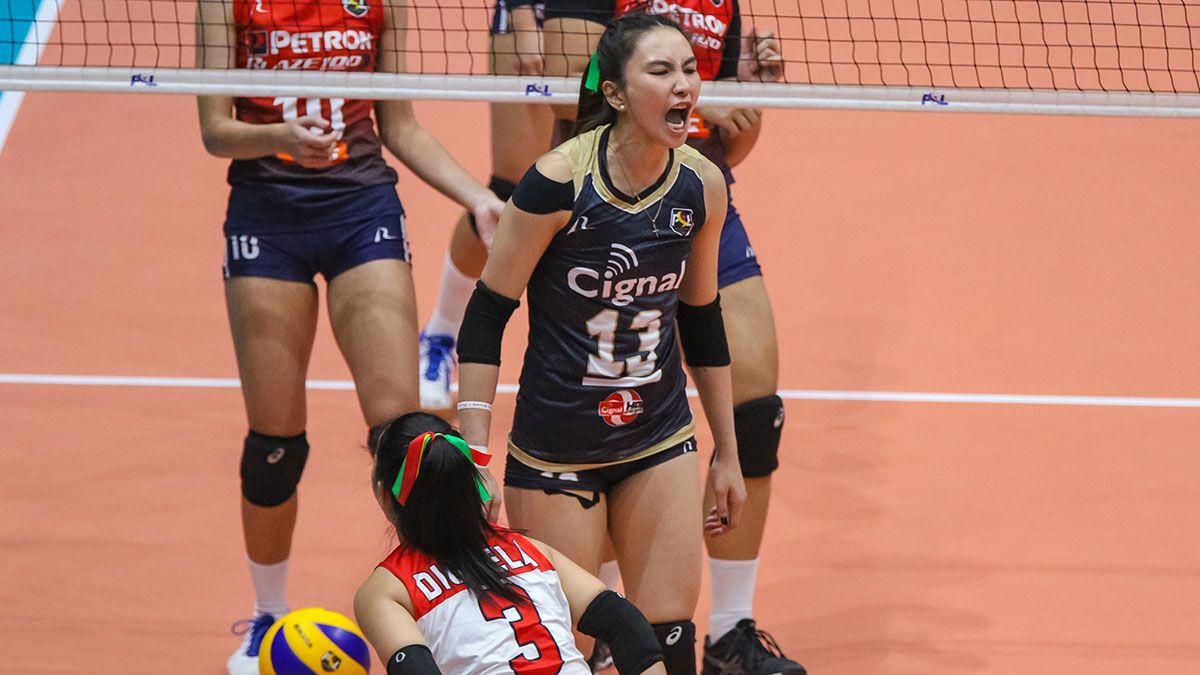 Teamwork made the dream work for Cignal as Ranya Musa and Roselyn Doria put their team at match point, 14-7, before Alohi Robins-Hardy nailed the drop ball that led the franchise to its first-ever All-Filipino Finals since it joined the PSL during its inauguration year 2013.

Daquis finished with 22 points and 12 excellent receptions, while Gonzaga nailed 15 kills for 17 points laced with 21 digs playing her third five-setter in a row.

A new champion will be crowned as Cignal and four-straight All-Filipino finalist F2 Logistics as they collide in the best-of-three Finals series starting on Saturday at the Smart-Araneta Coliseum.

Cignal prevented a Petron-F2 Logistics finale for the seventh straight time and it will be the first All-Filipino Finals without the Blaze Spikers since 2016 .

Reigning All-Filipino MVP Rhea Dimaculangan paced Petron with 27 excellent sets only for her team to be relegated in the battle for bronze against Foton also on Saturday.