CIGNAL turned back a late comeback scare of Marinerang Pilipina, 25-20, 25-15, 24-26, 27-25, in the Philippine Superliga All-Filipino Conference on Saturday at the Arena in San Juan City.

Rachel Anne Daquis powered the HD Spikers with 18 points built on 14 attacks, three blocks and an ace. Mylene Paat delivered 14 points as they tightened their grip at the No. 5 spot with an improved 5-5 win-loss record just half a game behind fourth placer Generika-Ayala (6-5).

Cignal’s 6-foot-2 setter Alohi Robins-Hardy dished out 19 excellent sets, while scoring 13 points off seven attacks, three blocks and as many as aces. Jovelyn Gonzaga also had 13 including 26 digs to defend the floor with libero Jheck Dionela, who had 25 digs and 18 excellent receptions. 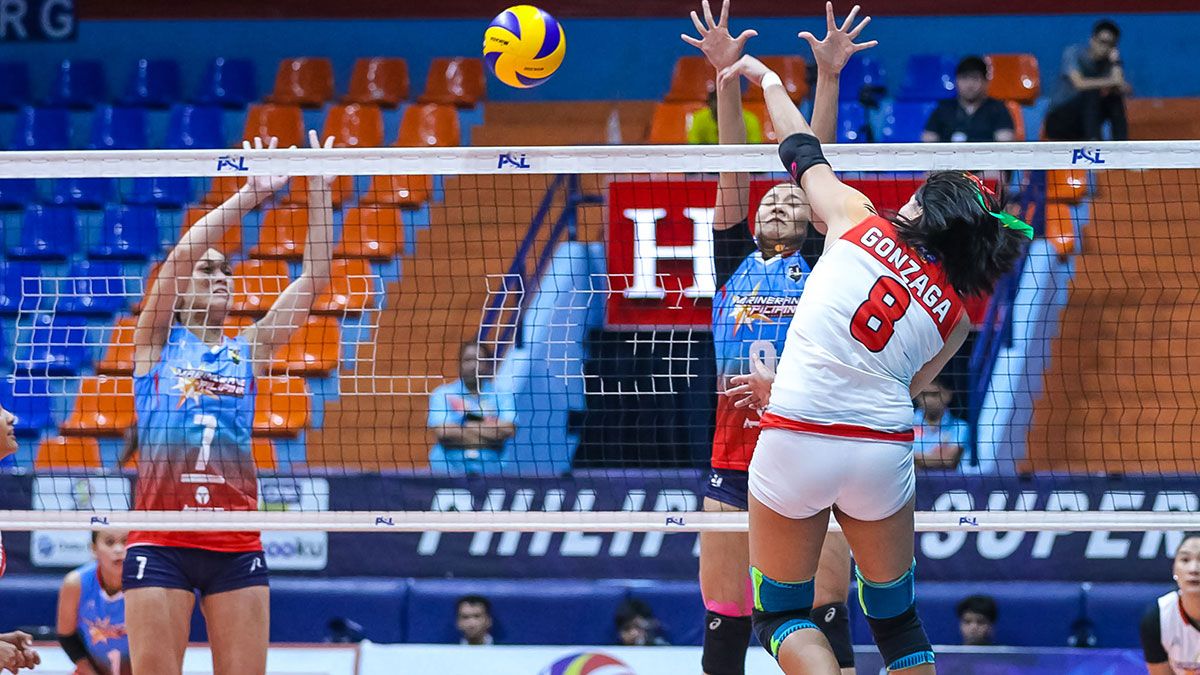 The HD Spikers welcomed back their head coach Edgar Barroga with a win after missing their last two games as part of NU Bullpups coaching staff in the boys’ volleyball tournament in the ASEAN School Games in Indonesia last week.

But Barroga was not convinced with the team’s shaky performance in the last two sets.

Cignal failed to close out the game in straight sets as it squandered its match point advantage, 24-22,in the third set allowing Marinerang Pilipina to steal the frame despite losing outside hitter Chiara Permentilla, who was stretchered off the court hurting her left knee as she awkwardly landed from Robins-Hardy’s solid block that tied the set at 19-all.

The Lady Skippers threatened anew in the fourth frame forcing two deuces before the HD Spikers got away with the joust of Marinera setter Rhea Ramirez went out for the match point, 26-25, before Roselyn Doria blocked Caitlyn Viray for the win.

Zilfa Olarve was a revelation for Marinerang Pilipina scoring 13 points off the bench. Veteran Ivy Remulla turned back the clock with 12 points, highlighted by four blocks, while Permentilla contributed 11 points before she got injured. Ramirez dished out 20 excellent sets on top of 21 digs and two markers.