VERSATILE playmaker Alohi Robins-Hardy has been delivering more than setting plays for Cignal in its second round surge in the Philippine Superliga All-Filipino Conference.

Robins-Hardy just wants the best for the HD Spikers that’s why she also attacks the ball aside from setting it to teammates Rachel Anne Daquis, Mylene Paat and Jovelyn Gonzaga, among others

“I just go out there for my team. I always play for my team, I do my best for my team and for the coaches and management,” said Robins-Hardy.

“Sometimes, it just comes to me that I'm going to score for my team and the stats are just the results of our hardwork,” she added.

Even playing through a sore right shoulder, the 6-foot-2 playmaker dished out 24 excellent sets and delivered 15 points in Cignal’s four-set victory over Foton on Thursday at the Arena in San Juan City.

Robins-Hardy, cousin of Rain or Shine star Gabe Norwood, played as opposite spiker in the fourth set that kept the team afloat from the Tornadoes’ late rally to momentarily survive and gave the HD Spikers’ third straight win for an improved 6-5 win-loss record just half a game behind joint third placers Foton and Generika-Ayala tied with 7-5 cards.

“I didn't expect to hit as much but what happened was coach (fielded) me as a spiker, I was ready,” she said. “I'm always ready to go out and do whatever I need for the team and to get that win.” 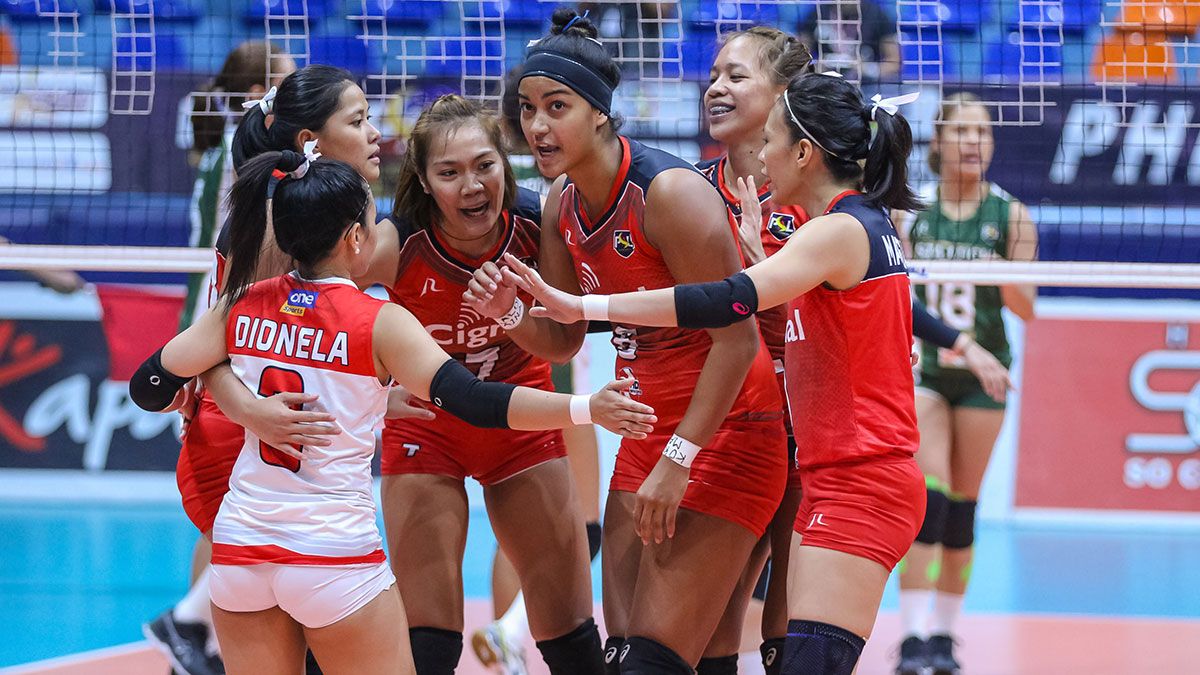 That’s why Cignal head coach Edgar Barroga is not taking the Fil-Am playmaker out of the course as she can deliver brilliant plays, attack and block an attack.

The Brigham Young University standout is assuring her team that she’ll be healthy for the remainder of the conference and her right shoulder pain is nothing serious.

“It just flares up sometimes. Over usage sometimes and then it just hurts. Sometimes, I sleep on it wrong so it flares up that way but it's all good,” she said. “Now, it's been a lot better. I feel healthy, I feel fresh.”

Robins-Hardy also seeks to tighten her bond with the HD Spikers for them to go deeper this All-Filipino Conference as the quarterfinals starts on August 15 and 17.

“It's only getting better. I'm excited to get that chemistry even more and bond even more with the girls,” Robins-Hardy said. “Every practices is amazing. We're always bonding and making jokes, just doing all kinds of stuff so it's fun.”